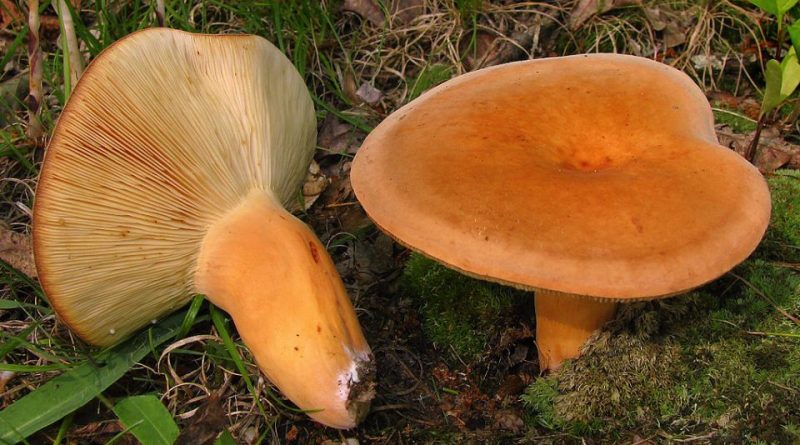 Etymology –
The term Lactarius comes from lac, láctis milk: which refers to milk, due to the typical latex emission when cut or fracture. The epithet speicifico volemus derives from pirum volemum, a variety of large pear that fills the cord of the hand, as large as that type of pear.

Geographic Distribution and Habitat –
The Lactarius volemus is a very common mushroom throughout the northern hemisphere, especially in the temperate regions of Europe, North America and Asia, but also in some tropical regions of Central America. It is a mycorrhizal species that is in groups or solitary, associated with various species of trees, both under coniferous and deciduous, although it is more common in deciduous forests and can also be found around sphagnum. Fruits, in the period between summer and autumn, particularly abundantly, under Fagus sylvatica L. (Beech) but it is not rare to find it also under Picea abies (L.) H.Karst. (Spruce), Abies alba Miller (Spruce) and Castanea sativa Miller (Chestnut). 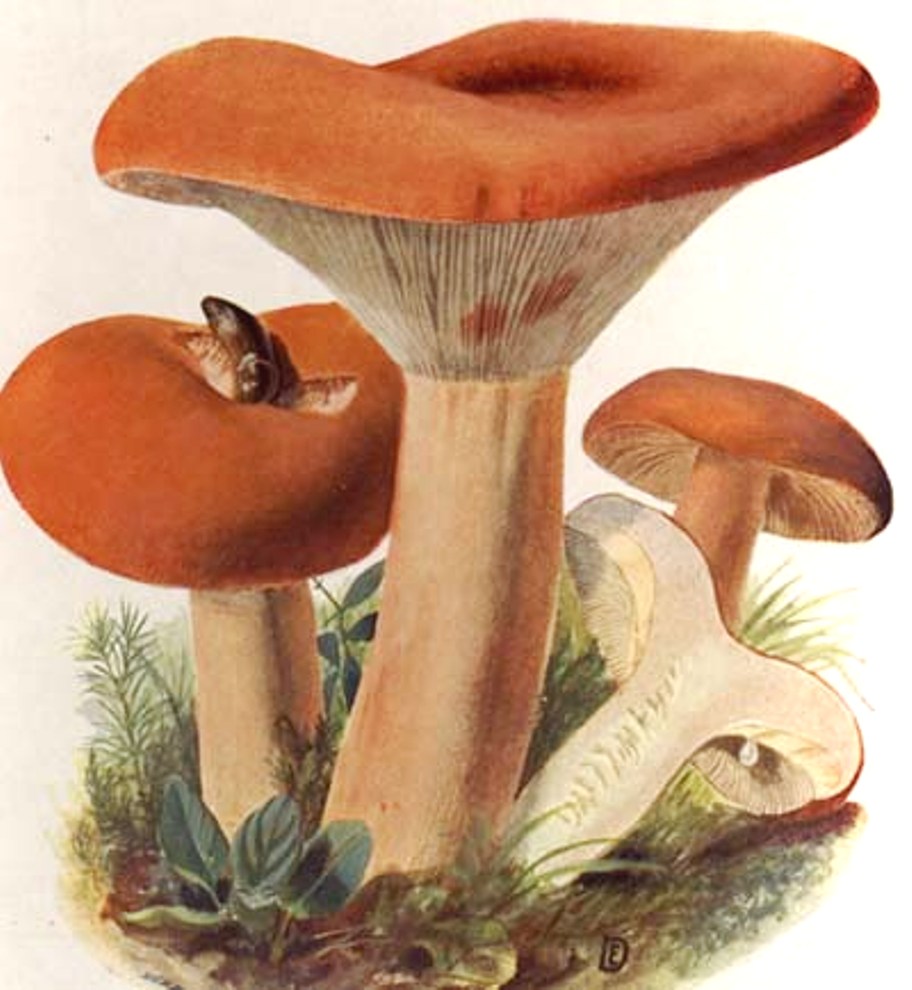 Recognition –
The Lactarius volemus is recognized for a hat of 7-12 (15) cm, first convex, then smoothed and finally depressed with no presence of umbone, with briefly involute margin, opaque and dry cuticle, finely velvety, observable with the help of a magnifying glass; the color varies from yellow-orange to orange-brown or reddish-reddish according to the conditions of hydration, when ripe it has a tendency to crack. Sometimes it has small darker spots. The lamellae are adnate or briefly decurrent, dense and sinuous, interspersed with lamellule, cream or pale ocher-yellow color, with the tendency to stain brown-brown at the fracture or in the points of emergence of the latex. The stem measures 6-10 (12) × 1,5-3 cm, bulbous and attenuated towards the base, concolour to the cap or lighter, especially upwards, sometimes entirely yellowish or with brownish spots; opaque, sometimes pruinose and wrinkled. The meat is thick, firm even if brittle and delicate, of whitish color with a tendency to darken slightly in the areas subjected to manipulation and fracture, with a very persistent and unpleasant smell, of smoked herring or cooked crustaceans which remains quite perceptible even to a certain time distance from collection; the taste is mild and pleasant. From it exudes an abundant latex, thick, sweet, white, sometimes opaque and serous, but in any case turning to brown-brown after a few minutes and with drying.

Uses and Traditions –
This mushroom is very similar to the Lactarius rugatus, as it has the same color characteristics, tones perhaps a little ‘more loads, but with smaller dimensions and thinner slats, with a smell not so penetrating, so as to be defined pleasant , is easily distinguishable because the cuticle does not tend to crack with time, rather it forms the characteristic wrinkles on the margin, which tend to increase in thickness with maturation or with poor hydration, this peculiarity has earned it the name of the species. Another aspect of differentiation is that the latex in this mushroom, unlike the Lactarius volemus, does not have the characteristic of turning, remaining white even with drying.
The Lactarius volemus, despite the strong and unpleasant smell of smoked herring or cooked crustaceans, which however disappears after cooking, is edible. The taste of latex is quite delicate and comes out in large quantities.
It is a species commonly consumed in China and is one of the mushrooms frequently sold in rural Yunnan and Nepal markets. In Turkey, a study on the composition of fruiting bodies has shown that L. volemus is rich in proteins and carbohydrates.
The fruiting bodies of the Lactarius volemus contain a sterol, the volemolide, which is a derivative of ergosterol. According to one study, another nine sterols were found, three of which were previously unknown. These oxygen-rich compounds are common in sponges and soft corals but quite rare in fungi. It also contains volemitol, a common alditol in brown algae.
Another feature of this mushroom is that it can be used for rubber production due to the high content of polyisoprene.

Preparation Mode –
The Lactarius volemus can also be eaten raw, in salads, with or without salt and pepper. Due to the presence of a considerable quantity of latex it is advisable to fry the more or less whole mushroom – which is also underlined by its official name in German: “Brätling”, which means “to be fried, not to be cooked”.