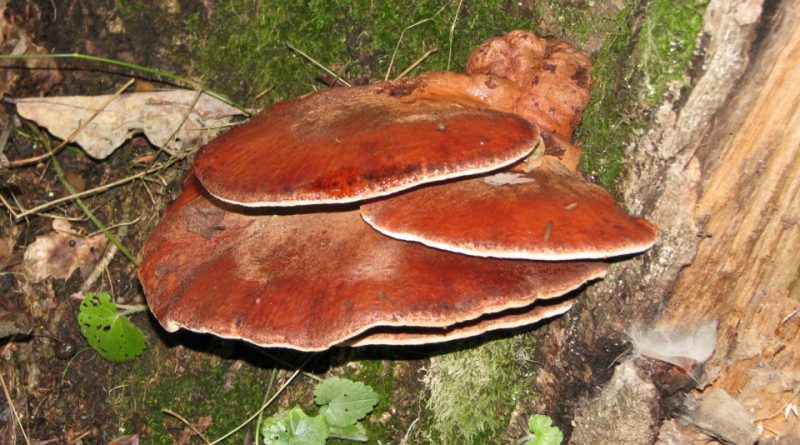 The Beef tongue (Fistulina hepatica (Schaeff .: Fr.) Fr.) is a basidiomycete mushroom of the Fistulinaceae family.

Systematics –
From the systematic point of view it belongs to the Domain Eukaryota, Kingdom Fungi, Phylum Basidiomycota, Class Basidiomycetes, Order Agaricales, Family Fistulinaceae and then to the genus Fistulina and to the species F. hepatica.
The terms are synonyms: Boletus hepaticus Schaeff., Boletus buglossum Retz. And Boletus bulliardii J.F. Gmel ..

Etymology –
The generic term Fistulina is the diminutive of fistula tube, cane: for tubule hymenum. The specific hepatic epithet is due both to the color of the liver but also to its shape that resembles a liver even if it is commonly called the ox tongue.

Geographic Distribution and Habitat –
La Lingua di Bue is a parasitic fungus that grows on hardwood trunks and more frequently on chestnut trees or even on oaks in the period from summer to autumn. This fungus is the only species of the genus Fistulina present in Europe. 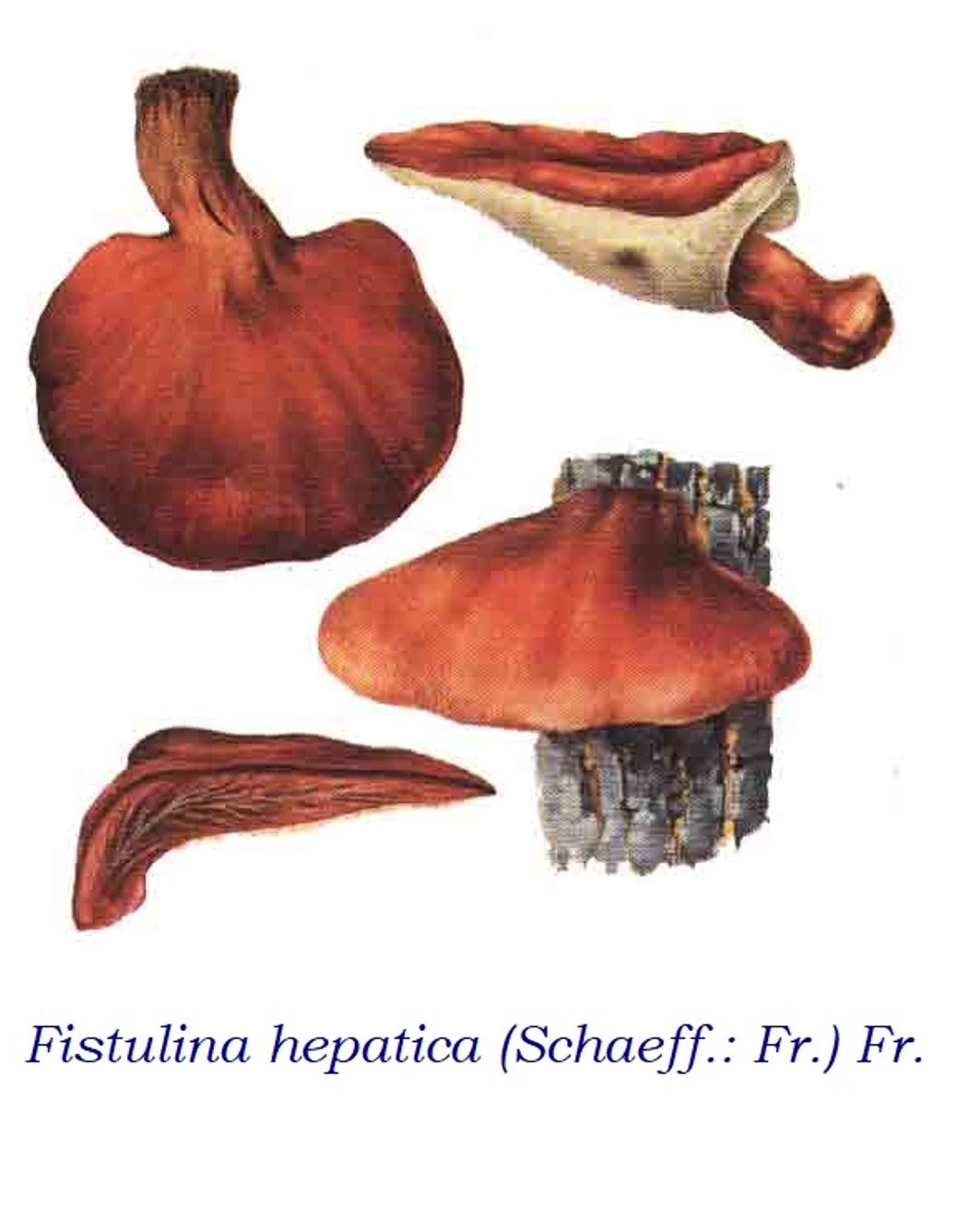 Recognition –
Fistulina hepatica is a fungus that is easy to recognize because it has a 10-20 cm diameter cap with a thickness of 7-8 cm but which can reach considerable dimensions (specimens up to two meters long have been found); it is soft, fleshy, similar to a sort of tongue or liver, sessile or with a short stem; the cuticle is orange or blood red, slimy, gelatinous, finely wrinkled. There are 10-15 mm tubules, free, cylindrical, short, yellow in their youth, then pink because of the dirty. The pores have circular shape, first whitish then reddish-brownish in old age. The stem is just hinted or not present or however about 3 cm, squat and cylindrical. The flesh is of soft consistency, veined, which then becomes more coriaceous with age; soaked with a latex red blood often abundant and sometimes watery, fibrous. If cut, it turns very slowly in the air towards dark red and then tends to dark brown. It has a smell that is barely perceptible and not well definable, complex, like meat, grateful, a little strong after cooking and with a grateful, acidulous and / or sweetish taste, more or less with a bitterish aftertaste. Under the microscope there are spores of 4-6 x 3-4 μm, of a pink color in mass, hyaline, ovoid and smooth.

Cultivation –
The Beef tongue is not among the cultivated mushrooms.

Uses and Traditions –
The Beef tongue is a fungus difficult to confuse with other non-edible species; especially for its tongue shape and its meat that resembles that of a liver.
In the past the presence of short and separable tubules, characteristic that we find in the species of the genus Boletus, has meant that this mushroom has assumed names such as Boletus hepaticus, Boletus bulliardii or Boletus buglossum. We can say that in the systematic it has a position close to Boletus ePolyporus.
The Fistulina hepatica is a parasitic fungus of chestnut and oak trees, it is an agent of brown caries that develops very slowly, in this way the wood continues to live, assuming reddish-brown colorations with shades similar to drawings and hardens more than normal . These two characteristics make the timber sought for artistic and ornamental uses.
From the point of view of food this fungus is edible and sought after in some areas of Italy, while it is unknown in others. It is a fungus rich in vitamin C and consumed in large quantities can be heavy to digest.
Compared to other polyporacee has in fact the woody consistency; is also recognized because the cut secretes a reddish “serum” that seems to make it bleed and that is perhaps why the Americans call it “beefsteak” … steak. Indeed, cut into section, it gives the impression of a slice of freshly sliced ​​meat and when cooked takes on an aspect that curiously reminds a real liver, even in consistency.

Preparation Mode –
The ox tongue is a mushroom that looks like meat when it is cut and, when tasted, has a sour taste. From the food point of view it is edible and has many admirers that are divided between those who prefer raw, seasoned with oil and lemon, like a carpaccio, and those who consume it sauteed in a pan, just like a slice of meat. However it is consumed mainly raw, cut into small pieces with the salad. If you decide to consume it cooked, it is advisable to fry it in a pan with sliced ​​onions.
It becomes a mediocre edible in the very old specimens because it becomes leathery. Occasionally it can annoy the intense smell that emanates from cooking.