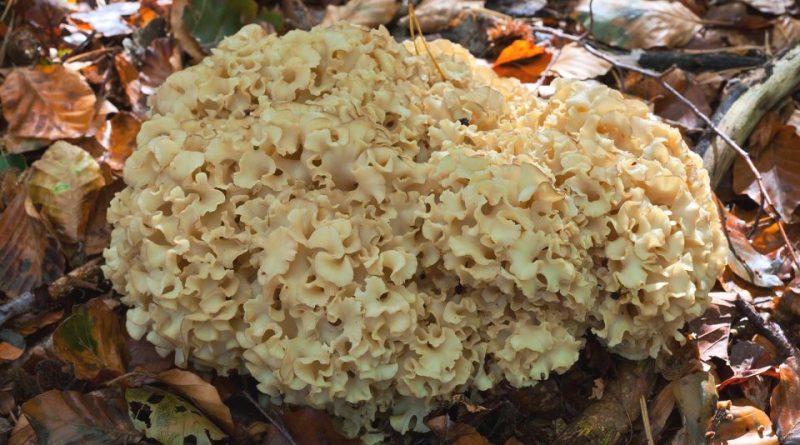 The ruffled finger (Sparassis crispa (Wulfen) Fr., 1821) is a characteristic mushroom belonging to the Sparassidaceae family.

Systematics –
From the systematic point of view it belongs to the Domain Eukaryota, Kingdom Fungi, Phylum Basidiomycota, Class Basidiomycetes, Order Polyporales, Family Sparassidaceae and therefore to the genus Sparassis and to the Specie S. crispa.
The terms are synonymous: Clavaria crispa, Wulfen, Helvella ramosa, Schaeffer and Sparassis radicata, Weir.

Etymology –
The term Sparassis comes from the Greek σπάραξις spáraxis, laceration, tear: for the appearance of the carpophorus. The specific crispa epithet derives from crispo rippling, curling: ruffled, curly.

Geographic Distribution and Habitat –
Sparassis crispa is a parasitic fungus of coniferous trunks and in particular of the genus Pinus. Fruits in autumn, but it is very rare, so it is not recommended for food collection. 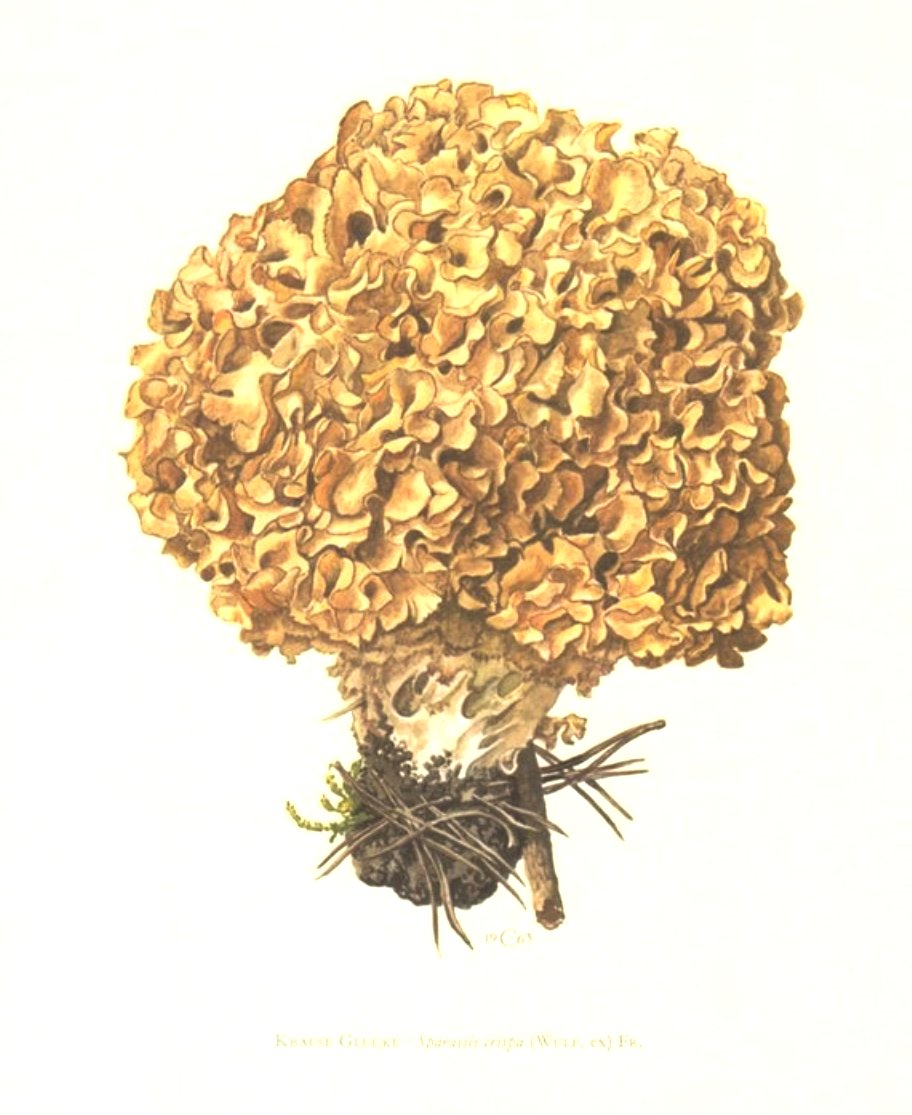 Recognition –
Sparassis crispa is recognized for a carpophore 10 to 50 cm wide and 10 to 20 cm tall, cream or yellow, composed of dense wavy laminae and curled by the darker profile. It has a stem just mentioned and the same color of the carpophore. The meat is white, elastic and fibrous, with a fungal smell and a sweet taste that tastes like a little hazelnut. Under the microscope, oval spores are visible and tend towards the round with evident apicles.

Cultivation –
Sparassis crispa is not a cultivated mushroom.

Uses and Traditions –
The meeting in the wooded areas of Sparassis crispa is something not very frequent and indeed, in some ways, very rare. It is an edible mushroom with a curious shape of cauliflower, of unusual beauty. It is considered a good edible fungus when it is young and fresh, even if it is difficult to clean (it requires a virgin toothbrush and plenty of running water). In fact, both the larvae and the pine needles can be trapped in the corrugated mass of the carpophore meat. In any case, due to the rarity of the findings, it is recommended not to collect it for food use.

Preparation Mode –
Sparassis, in order to be consumed, should be blanched in boiling water for 2-3 minutes before being added to the rest of the dish. However, given the rarity of this mushroom, it is absolutely not recommended to harvest it.