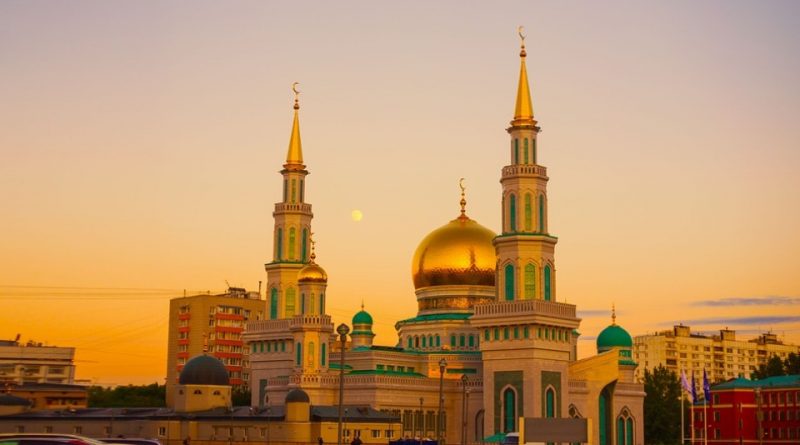 Russia or the Russian Federation is a transcontinental country that stretches between Europe and, with an area of ​​about 17 098 242 km², is the largest state in the world and in 2016 it had about 144 million inhabitants. Russia borders Norway, Finland, Estonia, Latvia, Lithuania, Poland, Belarus, Ukraine, Georgia and disputed territories of South Ossetia and Abkhazia, Azerbaijan, Kazakhstan, China, North Korea and Mongolia. It also has maritime borders with Japan (across the Ochotsk Sea) and the United States (across the Bering Strait). It is bathed to the North-West by the Baltic Sea in the Gulf of Finland, to the North by the Arctic Ocean, to the East by the Pacific Ocean and to the South by the Black Sea and the Caspian Sea. It also includes the exclave of Kaliningrad Oblast, between the Baltic Sea, Poland and Lithuania.
The territory of Russia consists essentially of vast plains and very weak reliefs; the rugged mountain areas occur only at the borders of the Russian space, near the southern borders (Caucasus chain, Altai mountains) and in the Far East. The highest elevation occurs in the Caucasus chain with Mount Elbrus (5,642 m). The European zone, separated from the Asian side by the ural, consists of plains, called Bassopiano Sarmatico, which is often interrupted by very modest reliefs (Rialto Centrale Russo, Alture di Mosca, Alture del Volga among the largest); to the east the western Siberia plain is an extremely flat area, while eastern Siberia is a predominantly mountainous area, generally very bumpy, which can reach considerable heights, with almost 5,000 m in the highest peaks of Kamchatka.
The main islands are the Novaja Zemlja, the Terra di Francesco Giuseppe, the Islands of New Siberia, the Isle of Wrangel and, on the Pacific side, the Curili and Sachalin islands. 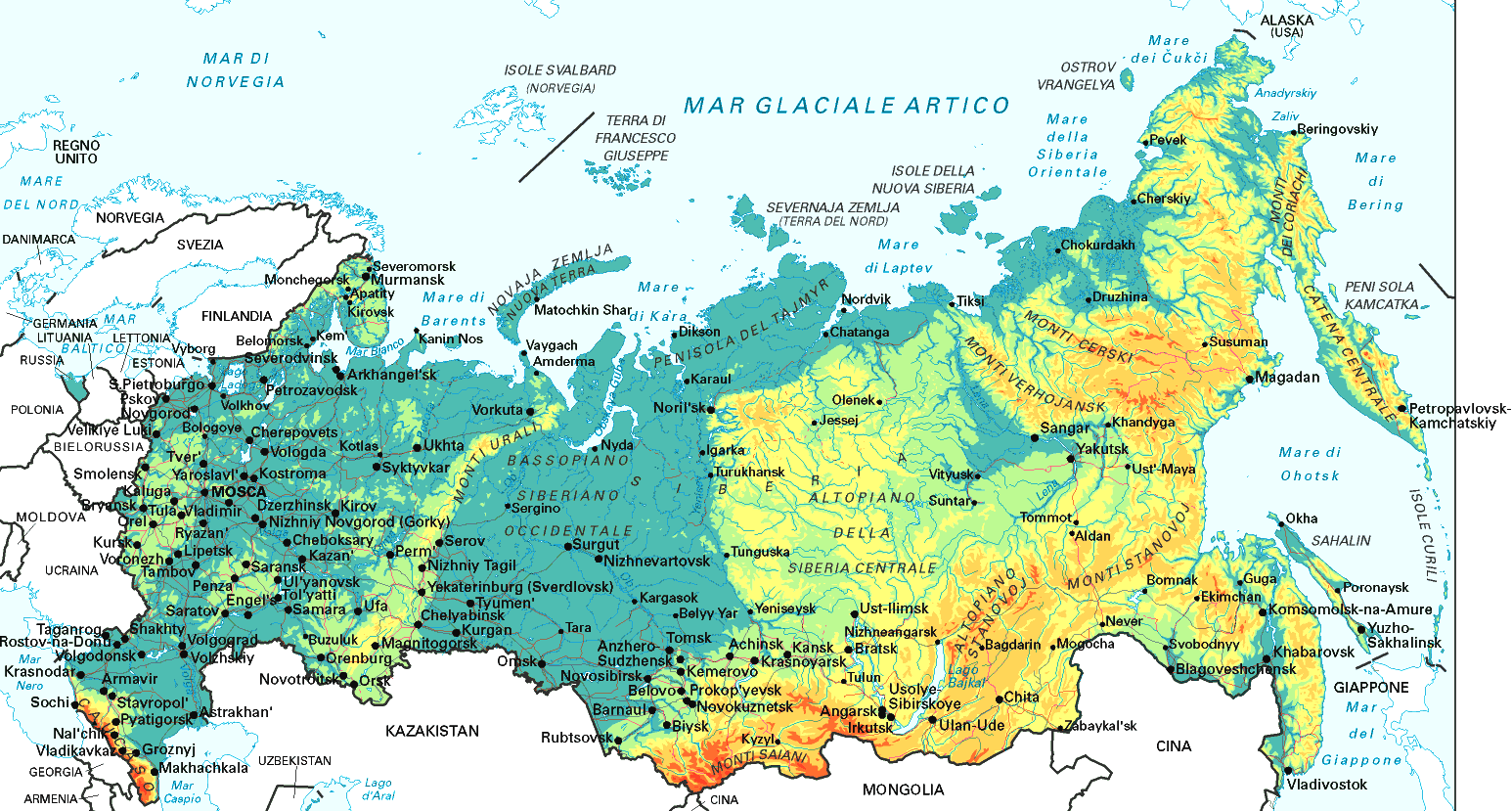 The major Russian rivers are the Volga (3531 km) and the three large Siberian rivers: the Ob ‘(3680 km), the Enisej or Jenisej (4287 km) and the Lena, to which are added, albeit with slightly smaller dimensions, the ‘Amur and the Kolyma. In Europe, of shorter length we find: Dnepr, Don, Pečora, Northern and Western Dvina and, among the tributaries of the Volga, the Oka and the Kama; in the Asian part among the largest are the Pietrosa and Inferiore Tunguska, the Angara, the Vitim, the Indigirka, the Olenëk, the Taz.
Among the lakes, in addition to the two great majors which are: Caspian and Bajkal; the other large ones are: Ladoga, Onega, Il’men ‘, Lake dei Ciudi. In the vast Siberian plains, the marshy areas generated by the poor drainage of the soil in areas with very flat areas are very extensive.
Regarding the climatic conditions, Russia is divided from north to south among the following climates:
– polar or sub-polar climate on the northern coasts bathed by the Arctic Ocean, covered by the tundra;
– cold temperate climate, most of Siberia and northern European Russia, covered by the taiga, the forest that dominates the Russian landscape;
– real continental climate, with low rainfall, typical of the southern part, dominated by the steppe;
– humid subtropical climate, in the short coastal stretch on the Black Sea.