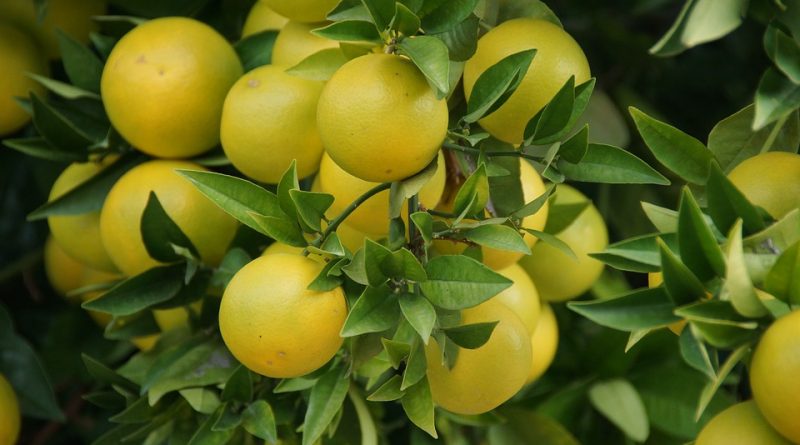 Grapefruit (Citrus paradisi Macfad., 1830) is a fruit tree of the Rutaceae family and of the genus Citrus.

Systematics –
From the systematic point of view it belongs to the Domain Eukaryota, Kingdom Plantae, Magnoliophyta Division, Magnoliopsida Class, Sottoclasse Rosidae, Order Sapindales, Family Rutaceae, Subfamily Aurantioideae, Tribe Citreae and then to the Genus Citrus and to the Specie C. paradisi.

Etymology –
The term Citrus was the Latin name of cedar and lemon, from Greek greek κέδρος kédros, cedar and κίτρον kítron, lemon. The specific epithet derives from Paradise, genitive of the Latin ecclesiastico paradisus, referring to the goodness of the fruits, worthy of paradise.

Geographic Distribution and Habitat –
The origin of grapefruit is uncertain. It is supposed that it does not come from South-East Asia, but from Central America (Barbados or Bahamas) but it becomes difficult to demonstrate how it could reach the Mediterranean Sea from there; The hypothesis that he came to Europe together with his ancestor, the sweet orange, from the Far East through Asia to the Silk Road, is more similar. Today grapefruit is grown in all countries with a temperate climate. 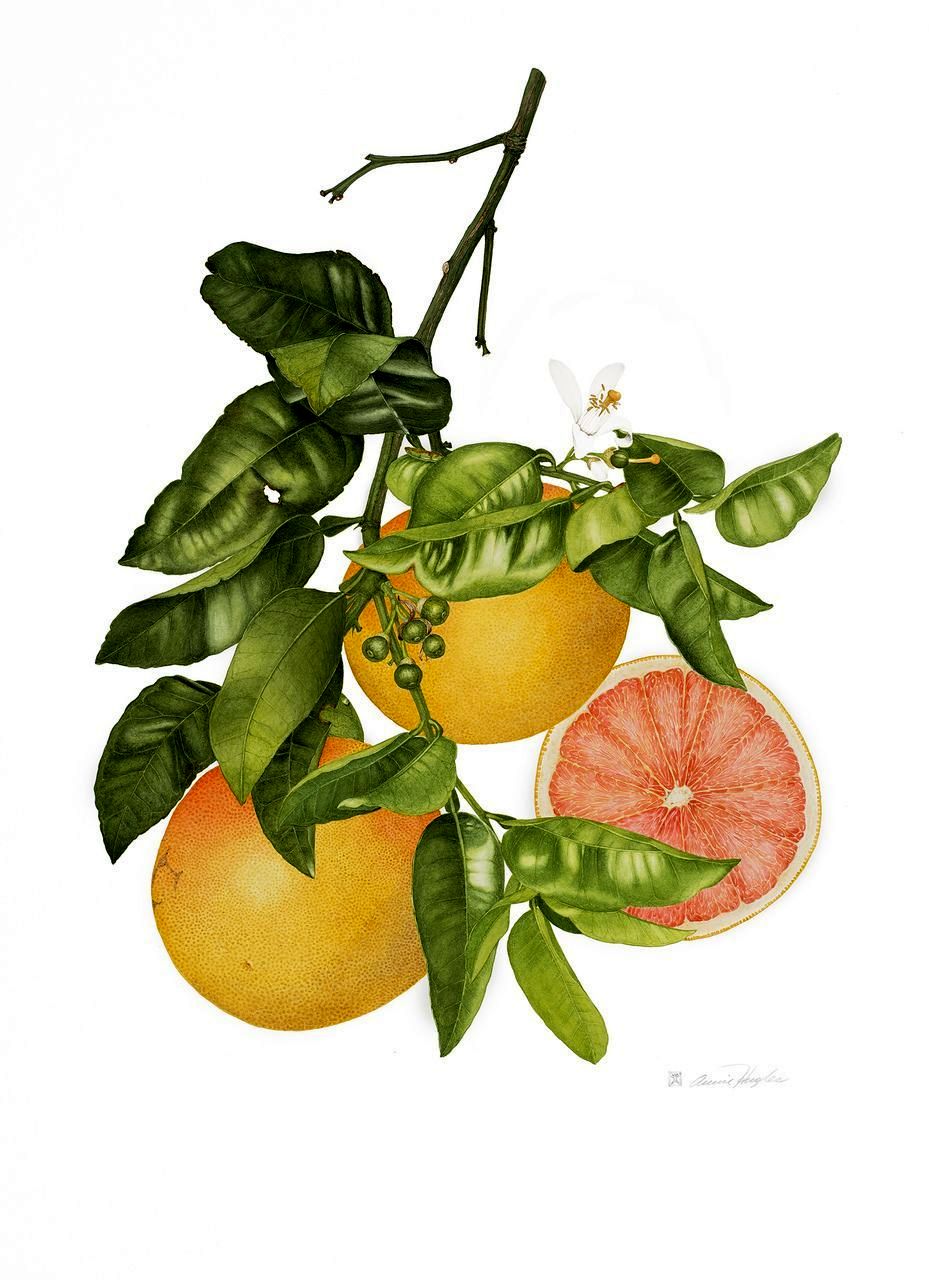 Description –
The Citrus paradisi is an ancient hybrid, probably between the sweet orange and the pomelo, but for centuries it is now an autonomous species. Grapefruit is a very vigorous plant, which can reach 12 meters in height, with a rounded shape and dense foliage. It has dark-green ovate leaves, with winged petioles and a flexible spine at the axilla. The flowers are large, generally in axillary inflorescences (hence the English “grapefruit”, that is, fruits gathered in clusters). It has fruits with a juicy, bitter-acidulous pulp, yellow in color, or pink-red according to the variety. The seeds are white and polyembryonic.
Grapefruit is classified commercially based on:
– maturation period (early, mid-season and late);
– color of the pulp (light or pigmented);
– presence of seeds: with seeds or apireni.
The common name grapefruit can refer both to fruit and to its tree.

Cultivation –
Today grapefruit is grown practically all over the world and the major producers are the USA, (Florida and Texas). In Southern Italy especially in the Catania Plain, and in the Conca d’Oro of Palermo, in Sicily. For the cultivation technique you can consult the following form.

Uses and Traditions –
Grapefruit has been grown in Europe for a long time only as an ornamental plant. The fruit became popular and then grown in intensive plants only in the nineteenth century.
In addition to food uses such as fresh fruit, juices, drinks, etc. some studies show important antimycotic, antimicrobial and antibacterial properties of the GSE (Grapefruit-Seed Extract).
In the last thirty years, through various studies, it has been noticed however that in countries where grapefruit juice consumption is high (with quantities of even 4-8 liters per day) negative interferences of this drink occurred on some pharmacological therapies. For this reason, studies have been deepened that have led to clarify the enzymatic mechanisms of action and, therefore, it is always good prior medical consultation, for those who use some drugs, in the intake of drinks based on grapefruit juice .

Preparation Mode –
The Citrus paradisi is a fruit used both fresh and in juices, juices or drinks. Its use in recent times, which is expanding, has also extended to recipes that include dishes for appetizers, condiments and in pastry.