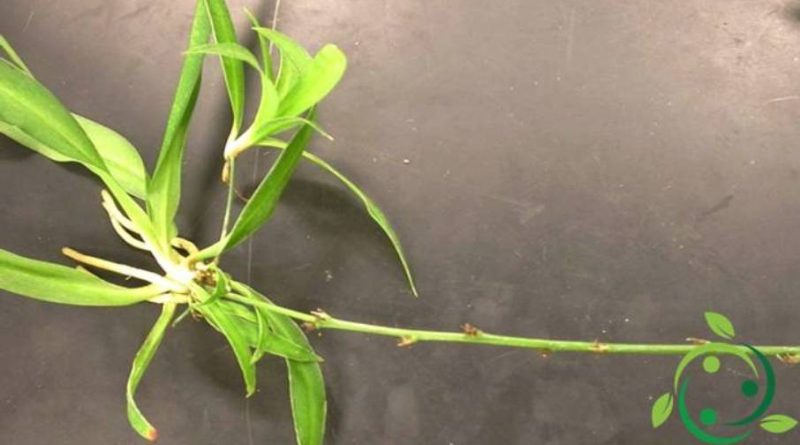 The stolon is a lateral branch that is generated by an axillary bud near the collar of the plant and which, sliding on the ground or below the surface, stretches with the emission, from the nodes, of roots and leaves that will generate new seedlings. Plants that have the ability to emit stolons are called stolonifers. In the initial phase the stolon allows the passage of water and nutrients from the mother plant to the new shoot, subsequently the continuity with the mother plant can be interrupted or not, until the connection is severed, either by natural routes or by the work of the man it uses the propagation technique to obtain new seedlings.
The ability of the mother plant to produce stolons can be omnidirectional; in this way the plant is able to colonize very quickly whole portions of soil around itself forming, in some cases, a cover so thick that often does not allow the engraftment of other species.

Although many plants can form branches that grow close to the ground, they can not necessarily be called stolonifers. To be a stolonifera a plant must generate branches that crawl on the ground and which must also root to the nodes producing new shoots.
The natural habitat of the stoloniferous plants is often the one where the water is abundant or the soil is very humid during the season in which the stolons are emitted. Among the genera of plants that use this system also to reproduce we remember: Antennaria, Cynodon, Epilobium, Fragaria, Geum, Hieracium, Poa, Potentilla, violet mammula, Saxifraga, Sempervivum, Trifolium, Utricularia etc.
In the mycological field the stolon represents a set of divided hyphae that interconnect the sporangiophores with each other. Formations similar to the roots, called rhizoids, which anchor the hyphae on the surface of the fungus can appear on the stolon.