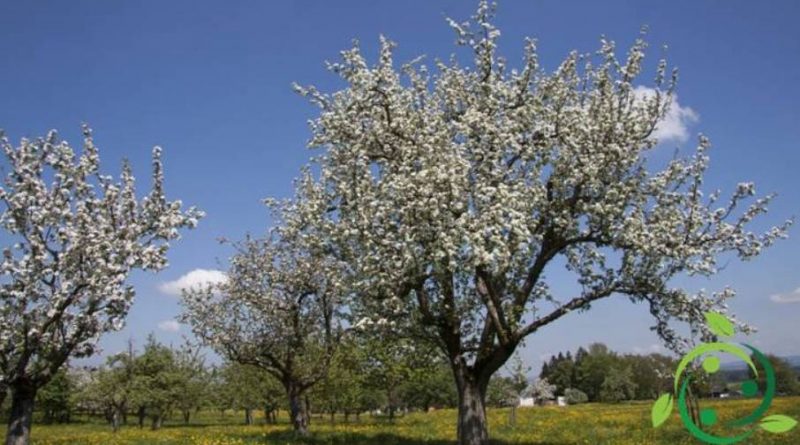 How to prune the apple tree

The apple tree is one of the most cultivated plants and also one of those with different pruning techniques according to the production system. To better respect the environment and the wholesomeness of the product we bring you the most suitable techniques. In this contribution, therefore, we see how to prune the apple tree in respect of organic farming and some variations in this regard. The first pruning operations of the plant are those related to pruning or training pruning; this technique, which is carried out in the first 3-4 years of life of the plant, is used to give the plant its shape. The most suitable forms of cultivation for apple trees are the low vase, less adopted than once but recommended in family cultivation and the fusetto which is the most used form in intensive apple orchards. Obviously, the choice of rootstock that can give more or less vigor has its influence on the technique and the form of breeding.

Let’s see how the low vase is formed: in this form the plant is planted at about 50 cm from the ground, with 3-4 primary branches which are in turn equipped with various sub-chains. This form of breeding is recommended on medium vigor rootstocks (type M111 and M7) and with planting grounds of 4×5 meters. In this form the plant assumes a more natural form and the lower intensity and cultivation specialization requires less intervention of pest control. The Fusetto form of breeding is typical of very dense plants (with 4.5 x 2 septums) and with dwarfing rootstocks. This technique starts immediately after the implant, taking care, if the tree is provided with branches, to eliminate those too low and choosing those that will form the first branch of branches; these are then inclined downwards. The following year we proceed to eliminate the suckers and check the top of the stone; in this way the new top is a less vigorous slightly lateral branch. The following year we proceed in the same way, we always remove the suckers and vigorous branches, the top comes out but in the opposite direction from that of the previous year. At this moment we start to make the first return cuts on the main branches that then from the following years will begin to affect even the upper branches. However, we must say that in the techniques of organic farming and in the rules of agroecology, today still little known and applied, the excessive specialization, density and forcing are contrary to a good ecological balance of the crop, on which we must continuously intervene with pesticides, insecticides and growth regulators to the detriment then of the organoleptic and nutritional quality of the fruit. Furthermore, these forms of cultivation require greater amounts of water to the detriment of the global economy of the water cycle. This is why there are forms of breeding that support the natural growth of the apple tree as the Taille longue, where the central axis and branches are left to grow and where the weight of the fruit will be brought to the top of the gills, which will eliminate the apical dominance favoring the development of the gems that are in the center of the small branches. When the apple tree, after the training pruning, must enter the actual production phase, the production pruning must be applied, knowing however the variety. In fact, there are varieties that prefer to fructify on the lamburde carried by branches of 3 years and more, with a basitone bearing plant, that is, which tends to fill with vegetation at the bottom. Other varieties that instead fruit more on lamburde brought from branches and gills, with little formation of brindilli and more vigorous plants. Varieties that produce indiscriminately on lamburde, brindilli and mixed branches. Varieties that fruit on brindilli and mixed branches but with little ability to dress, so it is advisable to do a long pruning and thin fruits and lamburde.
As for the apple pruning period, this can occur during the entire period of vegetative rest (winter period). In the summer, instead, green pruning can be done especially on vigorous plants to increase the lighting of the foliage, with benefits also for the plant’s health conditions. In this period fruit trees are also reduced (which reduces the alternation of production and forms more suitable fruits of size) when they have the size of a walnut leaving 1 or 2 per group.
We come to the tips for pruning: in the meantime we must always avoid too short the branches as this technique, in the apple tree, produces an excess of discards; the cuts must always be inclined in the direction of the gems, and be on one of these, leaving a certain portion of wood. In addition, the dry or damaged parts of the plant must always be eliminated using, in any case, always very sharp and disinfected tools.