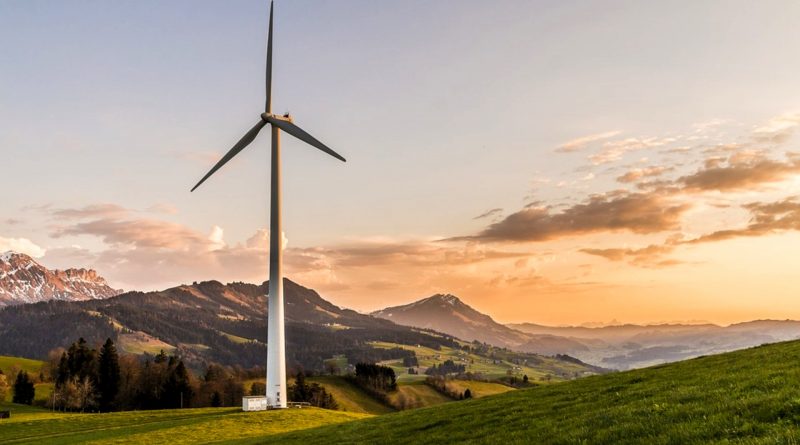 Wind energy is a type of renewable energy (reconverted into electrical or mechanical energy) that is obtained from the transformation of the kinetic energy of the wind. The term wind derives from Aeolus who was a character of Greek mythology, god of the winds, even if born deadly, then became a god and his sons took the name of Aeolians.
Wind energy is in all respects a renewable and clean source of energy and has no direct CO2 emissions. Wind technology is now very tested and can represent a valid alternative or integration to other energy fonts. The cost of this energy source is obviously proportional to the size of the wind turbines, but the power increases more than linearly. The energy produced by wind systems is as intermittent as solar energy and can contribute to a considerable reduction in fuel consumption even if it can not only replace the energy needs, but is flanked by other types of RES (sources of renewable energy).

The environmental impact of wind power plants is visual, especially in proportion to their size, and the impacts due to noise, interference on telecommunications and the effects on flora and fauna must be carefully assessed and minimized during the design phase. Interference for ex. in respect of the number of birds it is not due only to those who die because of the wind plants, even if much lower than the number of birds dead against electric poles or because of road traffic, but also in respect of interference in their migratory routes (and this is especially true for large wind farms). For this reason a careful Environmental Impact Assessment must be carried out and, in the case of Nature Network Sites, also Environmental Impact Assessments.
Very important for these systems is also the attenuation of the noise that can be reduced by improving the design of the inclination of the blades, their shape and the acoustic insulation of the spacecraft. For information purposes, it is good to know that near a population, a wind turbine must not generate noises greater than 45 decibels (which correspond to the conditions of when speaking in a low voice). When choosing the site where to place an aerogenerator it is important to carefully evaluate the shape of the land; if the land for ex. It is rough, with steep slopes, this reduces wind speed. In general, the ideal position for a single blade or for a wind farm must be in a site with little rough terrain, with a slope between 6 and 16 degrees; moreover, the wind must be present almost all year round and must blow at a speed of at least 5.5 m / s (which corresponds, in the Beaufort scale, to a breeze, force 3). In the case instead of the design of off-shore parks the wind speed must instead exceed 7-8 m / s (lively breeze, force 4); the site must have shallow water (40-50 m) and the facilities must be located at least 3 km from the coast.
Wind energy can find very interesting installation conditions, especially in integration with other sources (such as photovoltaics) for small household users or farms (micro wind) as their impact and functionality is very high.