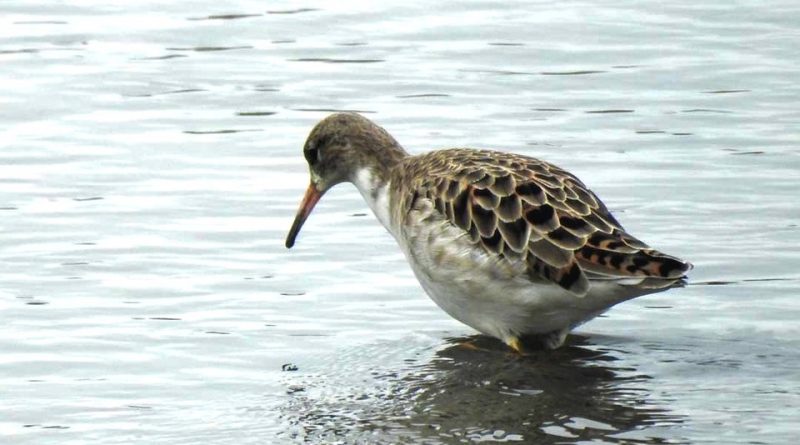 The Ruff (Calidris pugnax Linnaeus, 1758) is a bird belonging to the Scolopacidae family.

Geographical Distribution and Habitat –
The Ruff is a migratory bird that nests, in the period from May to August, in the northern part of Eurasia. In the autumn it migrates, forming flocks of a few thousand specimens, to the wintering sites located in Africa, South Asia and Australia.
The species is present in a very wide range that includes all of Europe, Africa and Asia, Australia, Alaska, the western and eastern United States and Canada, northern South America, up to Brazil and Peru and the Caribbean. It is accidental in Iceland, Hawaii, New Zealand, on some Pacific islands, on the Comoros, Mauritius, Maldives, in North Korea and Laos.
This species does not nest in Italy where it is more frequent in the coastal wetlands of the upper Adriatic, Tuscany, Puglia and the two major islands as well as the Po Valley. 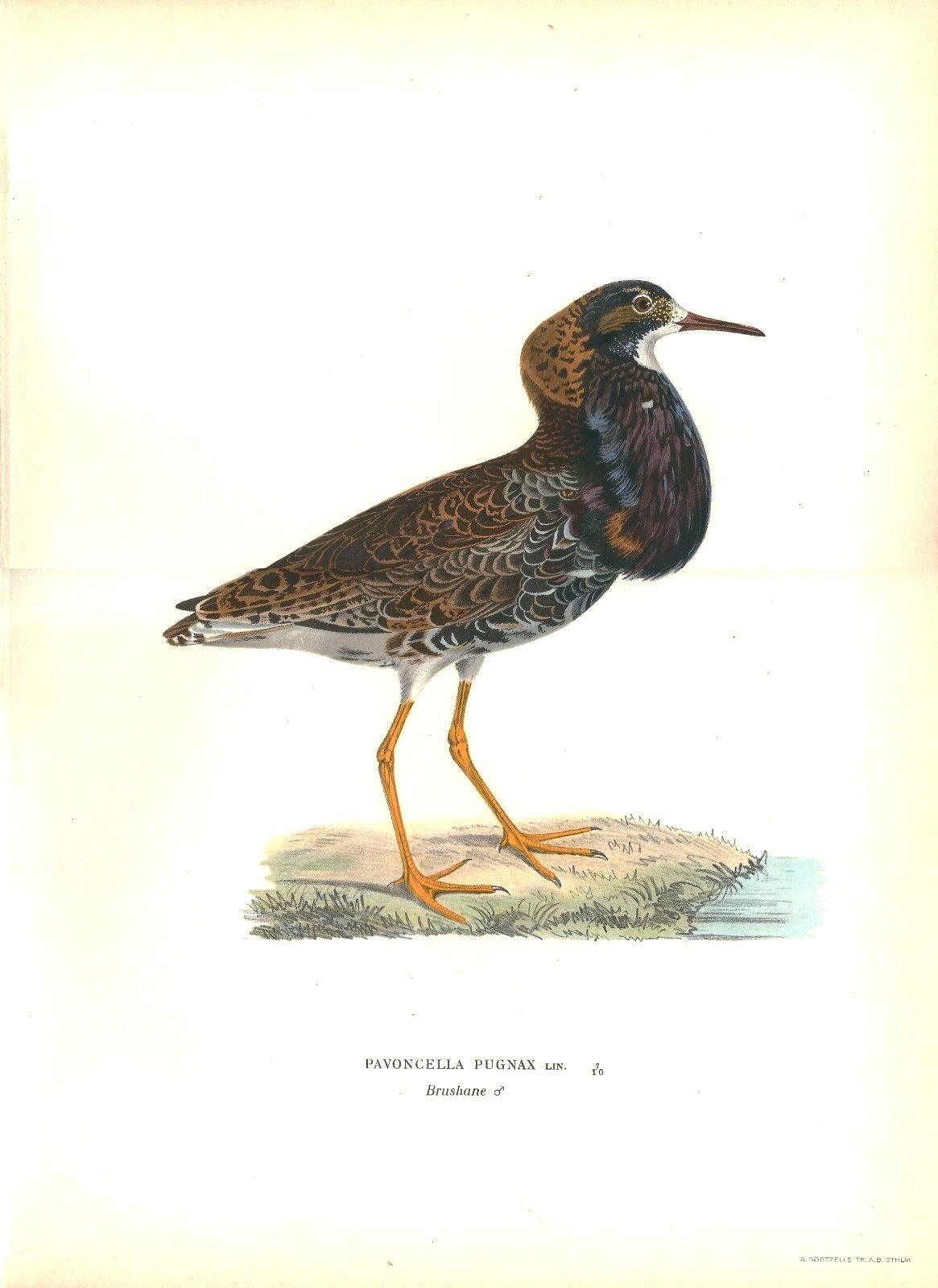 Description –
Calidris pugnax is recognized for having a variable length between 29 and 42 cm and a wingspan of 45-62 cm and with the presence of a marked marked sexual dimorphism, where the males are much larger than the females and with a strong chromatic variability from individual to individual ranging from white, red, gray, etc.
In addition, during the reproductive period the males present a characteristic fan around the head and a crest on the top of the head.
This fan is often erected during combats and ritual performances between males.
The back, the rump and the upper part of the wings are quite constant and brown in color with blackish speckles and hems of the lighter feathers.
The beak and legs are orange.
In spring dress the males have only hints of the wedding dress and the erectile fan is not present, while the beak is black.
In the spring, the females take on a color similar to the males in the same dress, without the sketches, of various colors, of the wedding dress.
During the winter the males and females have the upper parts and the chest mainly gray. The lower parts (abdomen and belly) are whitish.
The juveniles are brown in color in the upper parts with hemming of the light feathers. They have head and chest and part of the abdomen suffused with fawn and the legs are greenish yellow. The beak is black.
In all clothes and ages when they are in flight a thin white wing bar is visible and the tail is brown in the center, white on the sides and gray brown in the terminal part.

Biology –
The Ruff is a bird that reproduces above all in wet areas, such as grasslands with little vegetation where it finds the most suitable areas for wintering.

Ecological role –
Calidris pugnax is a gregarious species throughout the year that is somewhat easy to observe both when it is at rest and, above all, in flight.
When feeding in shallow water, he walks continuously stopping rarely.
This bird is protected by the EU Birds Directive and 5 other international agreements
It is present on 1659 Natura 2000 sites.
Regarding its world population, according to the IUCN, despite the fact that the population trend appears to be decreasing, the decline is not believed to be fast enough to approach the vulnerability thresholds, according to the population trend criterion (decline > 30% over ten years or three generations).
For these reasons, the species is considered to be of minimal concern.