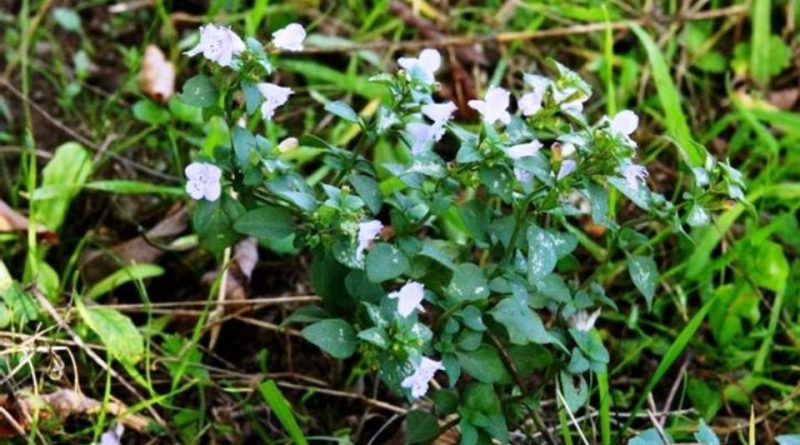 Etymology –
The term Clinopodium comes from the Greek κλίνη cline bed and from πóδιον pódion (diminutive of πούς, ποδός poús, podós foot) foot, pedicel, stem: because the flower whorls resemble the turned and rounded feet of certain ancient beds.
The specific epithet nepeta is in reference to the genus Nepeta to which these plants resemble.
The name Spruneri was given in honor of the German botanist and explorer Wilhelm Spruner von Mertz (1805-1874) who collaborated in Boissier’s studies on the flora of the Balkans.

Geographical Distribution and Habitat –
The Mentuccia giandolosa is a species with Mediterranean distribution found in Central Italy and Sicily. It is widespread throughout Sardinia, regardless of the substrate. It prefers dry soils, sometimes even arid.
In general it grows in meadows, shrubs and uncultivated areas, sometimes even on walls, from sea level to 1500 m. 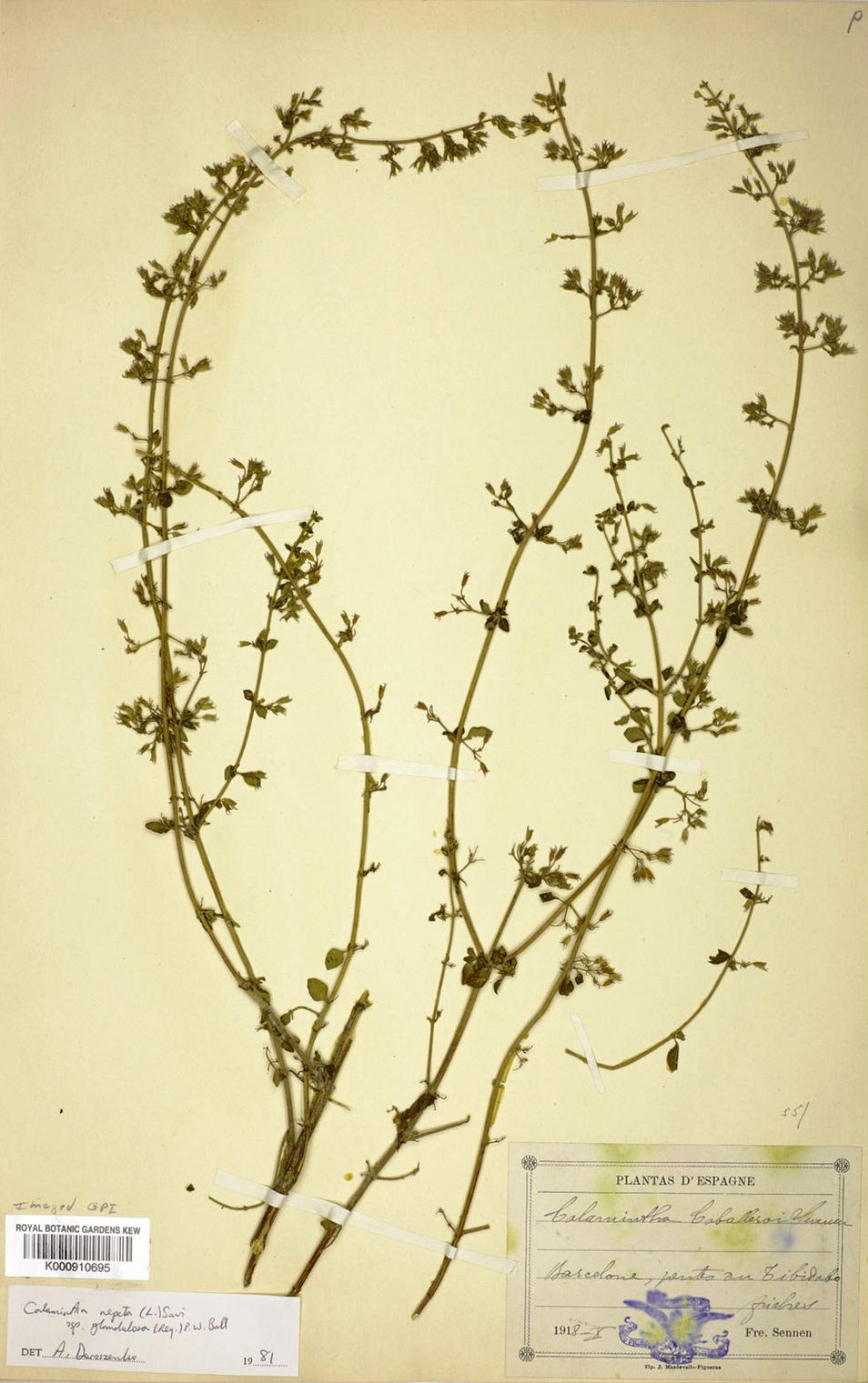 Description –
The Clinopodium nepeta subsp. spruneri is a woody perennial herbaceous plant, Camefita suffruticosa.
The plants are formed by a robust lignified creeping root that emits numerous stems, erect or ascending, little branched and variably lignified. In optimal conditions, they appear as a dense and voluminous bush 20-40 centimeters high, expanded in a variable way, sometimes even 40-60 centimeters.
The branches have a circular to quadrangular section, are variably pubescent and with short branches in the inflorescence that preserve the continuity of the central axis. For this reason, individual branches tend to take on a columnar appearance.
The leaves are opposite and petiolate and have a diameter of 10 – 15 millimeters. The lamina varies from sub-round to oval to rhombic. The margin is slightly toothed and the teeth are rounded and oriented towards the apex. Both sides are tomentose and glandulose in a variable way.
The flowers are collected in verticillastri formed from 2 to 10 – 15 elements per side. The verticillastri are widely and irregularly branched. The individual flowers are carried by pedicels which grow in the phase following fertilization.
The calyx is bell-shaped, thickly ribbed, weakly gouged, pubescent and covered, often in abundant quantities, with prominent spherical glands of light or dark color. When the corolla falls, the jaw remains almost hidden by protruding whitish hairs. The glass ends with 5 teeth. The upper 3 have a triangular shape and are from half a millimeter to a millimeter long. The two lower teeth are linear and protrude, compared to the others, by about half a millimeter. The entire glass is 3-4 mm long, or a little more.
The corolla is bilabiate and has a white, pinkish or yellowish color and shows evident purple spots on the central lobe of the lower lip and near the jaw. It is generally pubescent and is about 6 to 8 millimeters long.
The flowering period runs from July to December.
The schizocarpic fruit is a microbasial (tetrachenium or tetranuicula) made up of 4 mericarps (achenes or nuculae) 1,2 mm long, ± ovo-globose or oblong, dark brown in color.

Cultivation –
For the cultivation of this plant the most important condition is that the soil is well drained. It is also satisfied with arid and drought soils, as long as there is no water stagnation, but the preferred substrate is limestone with a basic pH.
It can be sown in cold boxes and the seedlings divide in spring, when they have developed four or five leaves. It can be grown in pots or in open ground. Cultivation in pots allows you to always have it available for culinary uses. Once in bloom, the plant can be cut shaved and will reappear from the rhizomatous roots.
In late spring, the seeding of the common mint can take place in the open ground, without the need to transplant it.
This type of mint is a perennial with overwintering buds, which are protected by a mulch given by dry leaves or by the snow itself.
Plants of a certain size can be multiplied by the division of the tufts, in late spring.
Nepetella does not need to be fertilized. Cultivated in the field, it is a plant suitable for rotating with other plants that use organic fertilizers.

Uses and Traditions –
The whole plant gives off an intense aromatic odor that can be combined with that of mint from which it is however different. To distinguish it, it is generally classified as a “pennyroyal” smell.
Clinopodium nepeta subsp. spruneri is very similar to the nominal subspecies (Clinopodium nepeta subsp. nepeta = Calamintha nepeta subsp. nepeta), with which it can be confused for the less experienced.
The Clinopodium nepeta subsp. nepeta differs from subsp. spruneri to be less glandulous but more abundantly hairy plant. In addition, the flowers are larger in all their parts. In particular, the two lower calyx teeth are markedly longer than the upper three. For a proper comparison, I refer to the attached images.
All parts of the plant contain an essential oil consisting mainly of menthol, borneol and other terpene components and have an aroma reminiscent of that of mint, but more intense and camphored.

Method of Preparation –
The Mentuccia giandolosa is used for its essential oils or consumed in the kitchen where the leaves are used, which are often collected as a dressing for salads, omelettes and meat dishes.