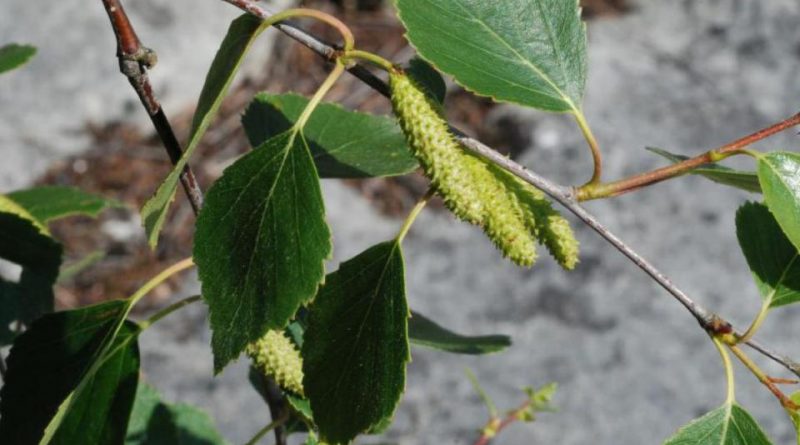 Etymology –
The term Betula comes from betula, the classic name of the Pliny birch, deriving from the Gallic betw or betu.
The specific epithet pubescens comes from the Latin pubes –is, adolescent fluff of the chin: covered with fluff, hairy, pubescent, fluffy.

Geographical Distribution and Habitat –
Betula pubescens is a deciduous tree native to and present throughout northern Europe and northern Asia; it is the broad-leaved tree that grows further north than any other.
Its distribution and presence is very wide both in northern and central Europe and in Asia.
Its range extends from Newfoundland, Iceland, the British Isles and Spain eastwards through northern and central Europe and Asia to the Lake Baikal region in Siberia. The range extends south to about 40 ° N, the southernmost limit of which is represented by Turkey, the Caucasus and the Altai mountains.
It is closely related and often confused with the silver birch (B. pendula) but its habitat is that of the most humid places with heavier soils and poorer drainage.
In Italy it lives in the Alps up to 2200 m a.s.l. 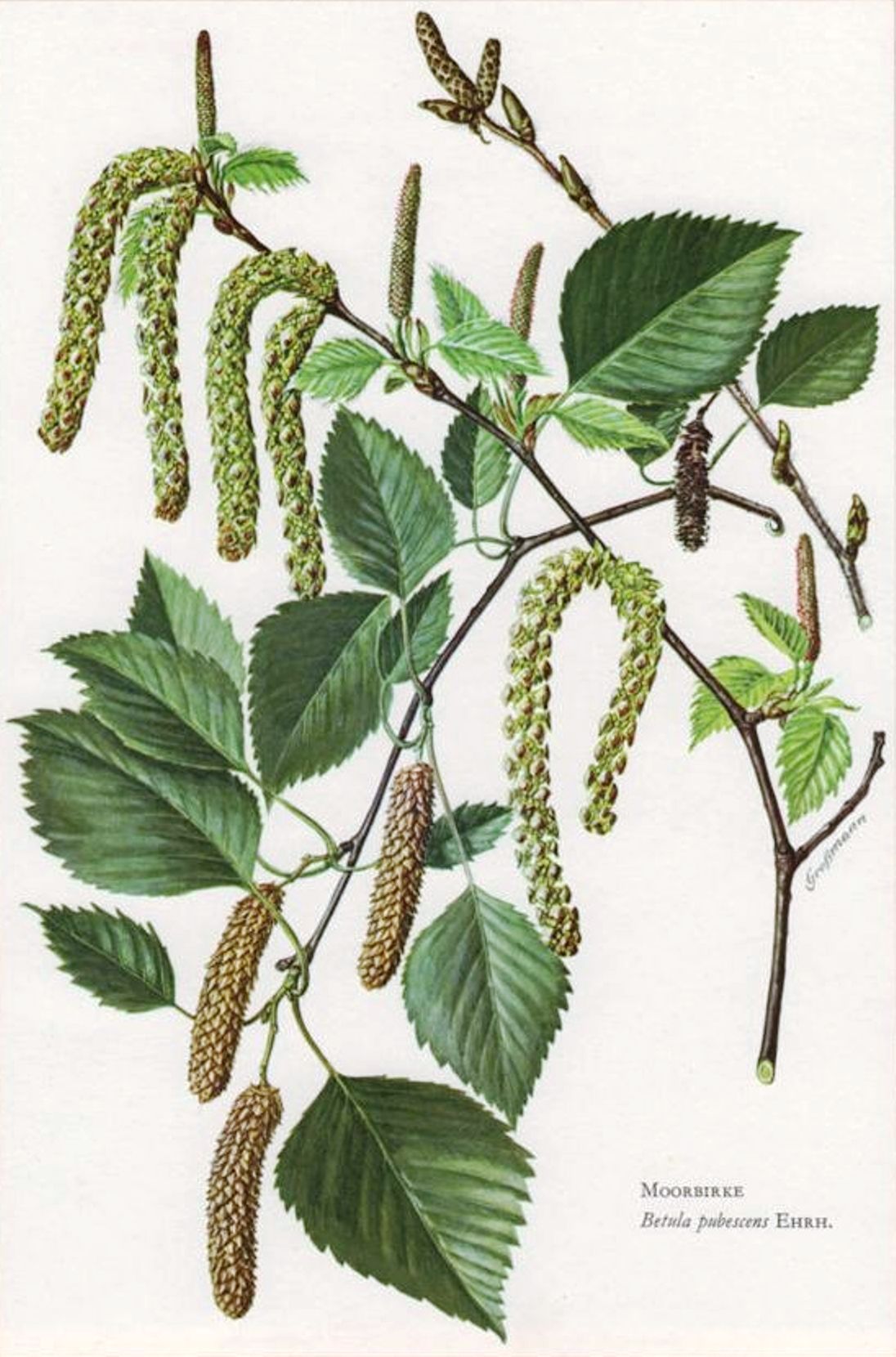 Description –
Downy birch is a deciduous tree that can reach 25m in height.
The trunk is erect, which can grow up to 70 cm, with a gray-white bark, opaque, smooth and finely marked with dark horizontal lenticels.
The branches are larger but less numerous than the Betula pendula.
The buds are gray-brown in color with a fine down.
The leaves are ovate and acute, 2 to 5 cm long and 1.5 to 4.5 cm wide, with a finely serrated margin.
The flowers are pollinated by the wind.
The indehiscent compound fruit is a cylindrical achenocone (Spjut) 1-4 cm long with a diameter of 5-7 mm, formed by an aggregate of achenes (samare) about 2 mm long with two small wings on the sides, supported by scales imbricate in a cone structure.

Cultivation –
Betula pubescens is a pioneer species, which readily colonizes newly deforested wooded areas but is later replaced by taller and more long-lived species.
It can be inserted in areas of the southern hemisphere with greater latitude, where it represents, as mentioned, the tree with large leaves that can go further north.
It grows best in more humid places with heavier soils and poorer drainage.
Several cultivars have been developed but many are no longer grown.

Uses and Traditions –
There are three subspecies of the hairy birch and moreover this plant hybridizes with other birches.
The larva of the autumn moth (Epirrita autumnata Borkhausen, 1794) feeds on its foliage and in some years large areas of the birch forest can be defoliated by this insect. Damage to the leaf tissue stimulates the tree to produce chemicals that reduce the quality of the foliage, delaying the growth of the larvae and reducing their pupa weight.
This plant can be subject to many pathogenic fungi which are the agents of birch disease.
The plant can be deprived of its bark, without this causing death and the bark and the wood, which is pale in color with a fine and uniform texture, are used for turning and in the production of plywood, furniture, shelves, coffins , matches, toys and wooden floors.
The removal of the bark was once so widespread that Carl Linnaeus expressed his concern about the survival of the woods.
The inner bark can be used for the production of rope and to make a greaseproof paper form. This bark is also rich in tannin and has been used as a brown dye and as a preservative. The bark can also be turned into a high quality coal preferred by artists. Twigs and young branches are very flexible and can be used in other processes.
The internal bark is edible and has been ground and used, in times of famine, in bread making.
The sap, which flows more abundantly in the spring, can be used to make refreshing drinks, wines, beers and spirits and various parts of the tree have been used in herbal medicine.

Preparation method –
The bark of this birch, as mentioned, was used as an emergency food in times of famine. In Novgorod in the period between 1127 and 28, desperate people ate it along with other parts such as the leaves of the lime trees, wood pulp, straw, peels and moss.
In Iceland, birch buds are used with birch sap in the preparation of a sweet birch liqueur.
The leaves can be infused with boiling water to prepare a tea and the plant extracts have been used as herbal remedies.
Betula pubescens can be used, in the spring, to obtain a sugary fluid. This can be eaten fresh, concentrated in a syrup similar to the best-known maple syrup or it can be fermented to make beer or wine. In Scandinavia, this is done on a national scale, but in the former Soviet Union, particularly Russia, Ukraine, Belarus, Estonia, Latvia and Lithuania, birch sap is collected commercially and used to produce cosmetics, medicines and food products.
The Sami people of Scandinavia used the bark of Betula pubescens and Betula pendula as an ingredient in the preparation of bread; the reddish phloem, just below the outer bark, was dried, ground and mixed with wheat flour to form a traditional loaf.
In Finland, mämmi, a traditional Easter food, was packaged and cooked in birch bark boxes.