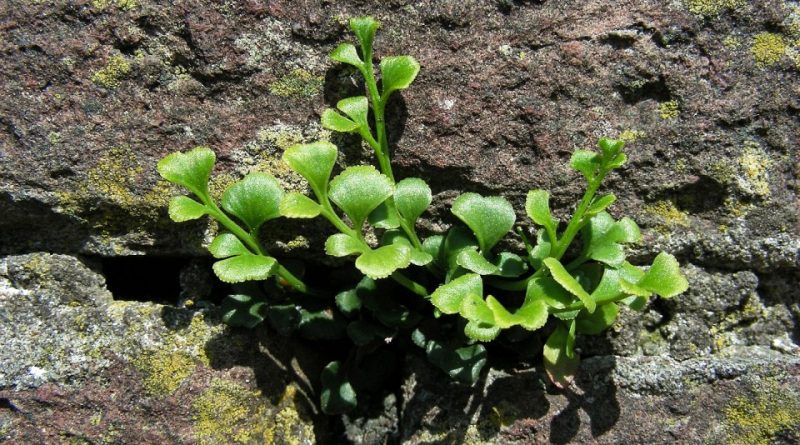 Systematic –
From a systematic point of view, it belongs to the Eukaryota Domain, Plantae Kingdom, Pteridophyta Division, Polypodiopsida Class, Polypodiales Order, Aspleniaceae Family and therefore to the Genus Asplenium and to the Species Asplenium ruta-muraria.
The term is synonymous:
– Asplenium matthioli.

Etymology –
The term Asplenium comes from the Greek ἀσπλήνος asplénos, a fern mentioned by Dioscorides (from the privative prefix α- a- and from σπλήν, ηνόϛ splén, enós spleen): plant believed to be able to treat spleen disorders.
The specific street-wall epithet comes from the Greek ῥῡτή rhuté, Greek name of the street and from the wall murarius: for the appearance of the foliage similar to those of a street and for one of the environments frequently colonized by this fern.

Geographical Distribution and Habitat –
The rue of the walls is a fern with Eurasian-South European distribution extended to North America.
In Italy it is present in all regions with a distribution that covers almost the entire territory, except along the Friuli coast; in the high mountains the species is replaced by subsp. dolomiticum.
It grows both in the cracks of mainly limestone rocks and on stone walls, but is less abundant than A. trichomanes, with which it associates, however, preferring the higher parts of the walls and thus revealing a lower nitrophilia, from sea level to the upper mountain belt , sometimes even higher. It grows up to 1800 m. s.l.m. and even more. 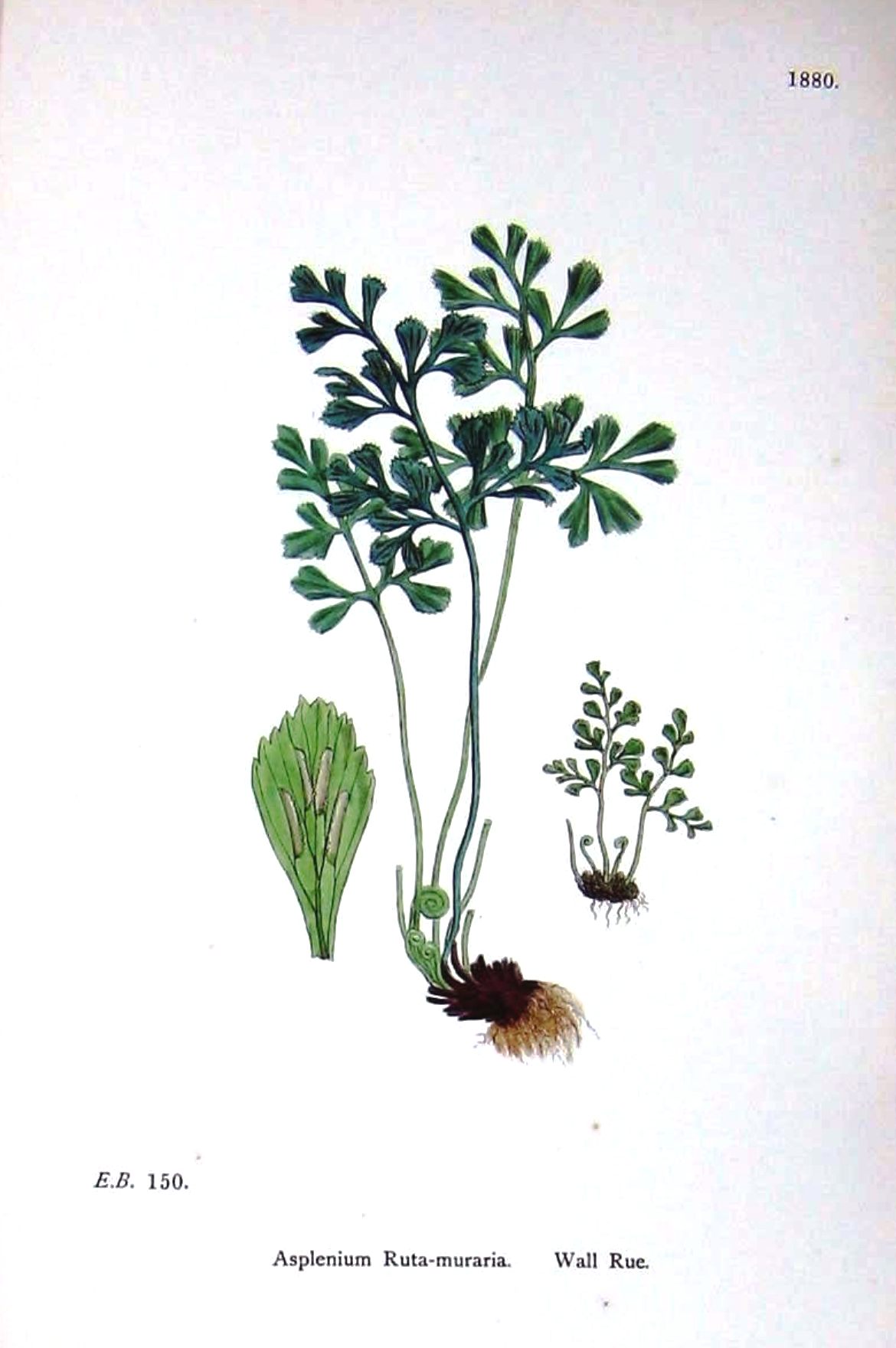 Cultivation –
The wall-rue lives between the cracks of the rocks, preferably the limestone ones, up to 2000 meters above sea level.
However, it can be reproduced in environments similar to its natural habitat, making sure that the place has sufficient humidity and is far from direct sunlight.

Uses and Traditions –
In addition to the more common type Asplemium ruta-muraria which is described here, the subspecies Asplenium ruta muraria L. subsp. dolomiticum Lovis et Reichstein, with delicate fronds, rhombic-rounded pinnules on the always translucent margin, “very common from the Julian Alps to Lake Como, Apuan Alps and rare in Val Maira, Valle Stura, Roccavione, above the Nerone torrent, Pennavaira valley, Valle Arroscia, M. Pietravecchia, M. Grammondo, Apennines of Lucca ”.
The wall-rue is an astringent plant; ophthalmic; vulnerary; diuretic; sedative; toned.
In the past it was mainly used by folk medicine as an astringent and diuretic and to treat chest and eye diseases; shepherds also believe it to be effective against certain animal diseases.

Preparation method –
As with other species of popular use, its use must however be supported by a careful medical consultation.