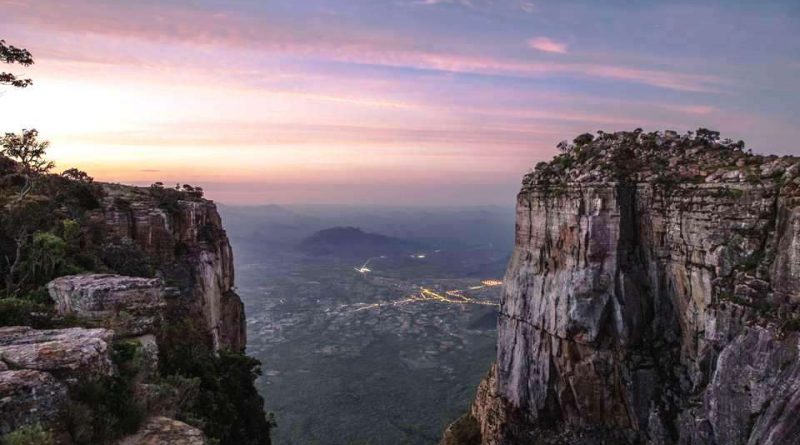 Angola is a state located on the west coast of southern Africa and is by extension the seventh African state. Furthermore, with an area of ​​1,246,700 km², it is the twenty-third largest country in the world.
The capital is Luanda which stands on the coast in the north western part of the country.
Angola is bordered by the Democratic Republic of the Congo to the north, Zambia to the east, Namibia to the south and faces the Atlantic Ocean to the west.
In addition, the Cabinda exclave located on the border between the Democratic Republic of the Congo and the Republic of the Congo also belongs to the country.
Angola has been inhabited since the Paleolithic era, and has hosted a great variety of ethnic groups, tribes and kingdoms. The national state of Angola originated from Portuguese colonization, which began with coastal settlements and post-trading established in the 16th century. In the 19th century, European settlers began to settle in the interior. The Portuguese colony that later became Angola did not have its current borders until the 20th century, due to the resistance of groups such as the Cuamato, the Kwanyama and the Bundas.
It is a highly multi-ethnic state, and the population of 25.8 million people belongs to different tribal groups, which refer to distinct traditions. Angolan culture reflects centuries of Portuguese rule, particularly in the language and the Catholic Church.
From a morphological point of view, Angola is a country characterized by a belt of plateaus, the largest of which is that of Bié, which crosses it from north to south. The average altitude is between 700 and 1000 m above sea level. on the western side the plateau is delimited by a mountainous ridge that reaches the maximum altitude with the Morro de Moco (2 620 m). In the direction of the coast, the escarpment is abrupt and rapidly descends towards the narrow strip of coastal plains, 50 to 100 km wide.
On the eastern side, towards the interior of the continent, the highlands slope gently towards the Zambezi basin. The territory is characterized by vast savannas, where a large part of the population is concentrated given the wealth of fertile land and good climatic conditions. In the southeastern part there is an arid area towards the Kalahari desert; the exceptions are the valleys of the Cuando, Cunene and Cubango rivers on the banks of which there are arable or exploitable land for breeding. Other important mountains are the Serra da neve (2,490 m) and the Serra chilengue.
From a hydrographic point of view, the main rivers are the M’Bridge and the Kwanza, which flow into the Atlantic Ocean; the Cuango and the Cassai, which pay north to the Congo River.
Angola, despite being a country within the equatorial belt, thanks to the altitude, has an overall temperate climate. Average temperatures hover around the coast around 16 ° C in winter and 21 ° C in summer. Rainfall is not heavy, but well distributed (374 mm per year for 31 days in the Luanda area).
From an ecological point of view, Angola has a network of protected natural areas that occupy a total area of ​​87 000 km², corresponding to 6.97% of the country’s total area.
This network includes 8 national parks, 1 regional natural park, 2 integral natural reserves and 2 partial natural reserves.
The goal of this network is to safeguard the important flora and fauna heritage.
The long Angolan war had a catastrophic effect on the country’s wildlife. Forty years ago, thousands of animals roamed the fertile forests of Quiçama.
Over the years, the animals have fallen prey to anti-personnel mines, poachers who hunted elephants for ivory and locals who hunted for hunger.
Many animals were massacred by the country’s army, which used low altitude helicopters to flush out those who opposed it.
The civil war between the army and Unity rebels began after a 14-year struggle for independence from Portugal, which was granted in 1975. The war, unfortunately, cost the lives of over a million people and has forced 2.5 million people to flee their lands. 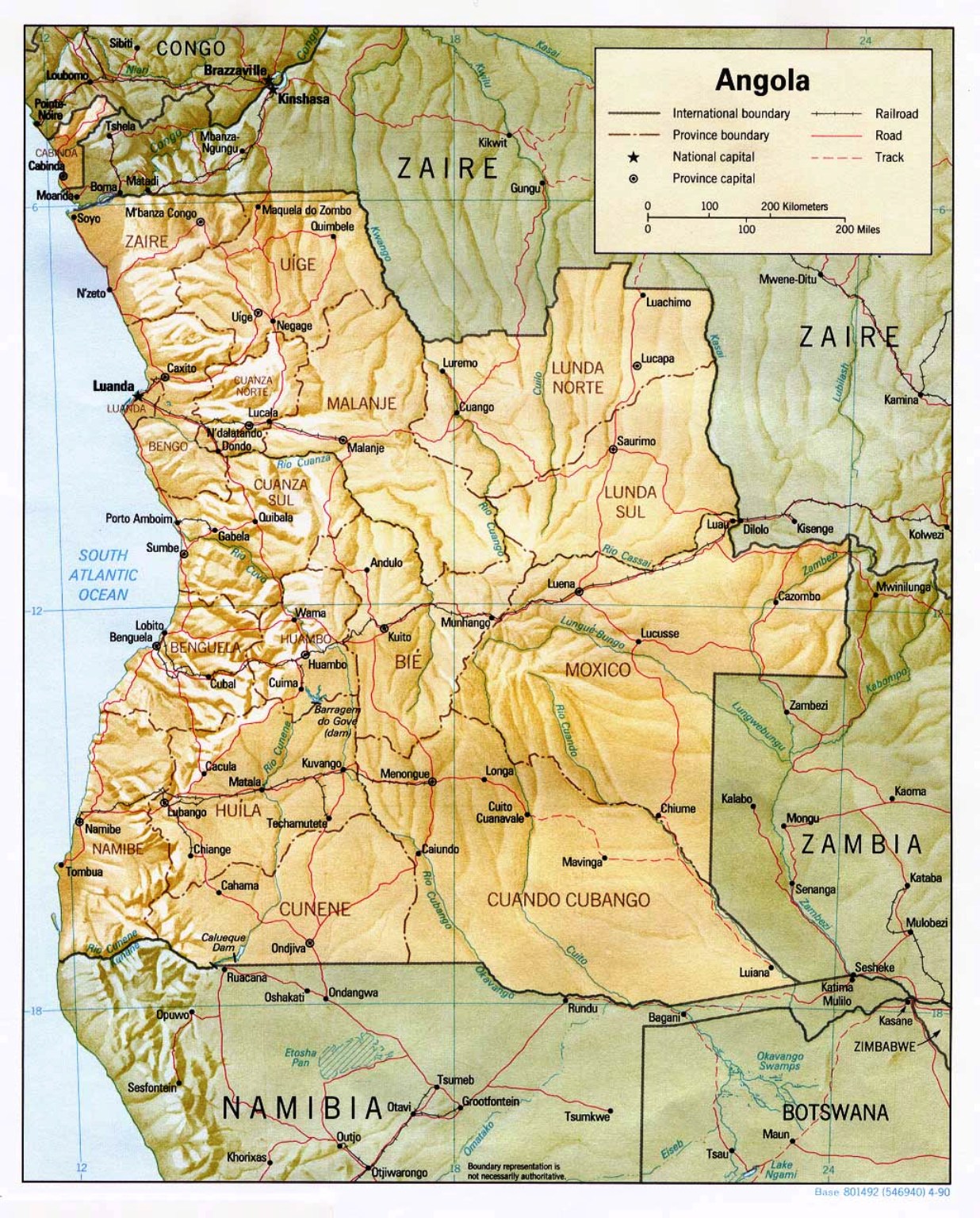 Flora –
The savannah and scrublands of the Angolan escarpment is an ecoregion of the afrotropical ecozone, defined by the WWF (ecoregion code: AT1002), which occupies the Great Escarpment that separates the Central African plateau from the coast of the Atlantic Ocean.
This ecoregion has a rather varied landscape and depending on the type of habitat it can be divided into three areas. To the north of the Cuanza river there is a forest of tall trees surrounded by tall grasses, with areas covered with mangroves and marshes along the banks of rivers, especially near estuaries. At higher altitudes, on the western slope of the Grande Scarpata there are patches of cloud forest, which host a great variety of endemic plants and animals. Finally, along the coastal strip and the lower slopes of the Great Escarpment south of the Cuanza there are dry bushes and tree-lined savannas.
The southern and central coasts include Welwitschia (Welwitschia mirabilis Hook.f.), a primitive conifer. The grassy savannah around Lobito includes the baobab and euphorbias.
The provinces of Huambo, Benguela and Huíla are home to mountain forests with somewhat rare flora.
The grassy savannah to the north includes Miombo woods (Swahili word used to generically define plants of the genus Brachystegia) and some evergreen forests.

Fauna –
In the past, forests were the home of a large variety of mammals, such as the forest elephant, the lion and the cheetah, but uncontrolled hunting led to their disappearance. Among the mammals still present are the yellow-backed cephalophe (Cephalophus silvicultor), the black-faced cephalophe (Cephalophus nigrifrons), the blue cephalophe (Philantomba monticola) and smaller species such as the arboreal pangolin (Phataginus tricuspis), the anomalide of Beecroft and the giant forest squirrel. During the dry season the animals move to the more humid upstream areas. Among the large mammals, especially widespread in the more arid grasslands below rather than in the forests that develop on the ridges, there are the roan antelope (Hippotragus equinus), the forest buffalo (Syncerus caffer nanus), the savannah elephant (Loxodonta africana), the common redunca (Redunca arundinum), the striped tragelafo (Tragelaphus scriptus) and the common eeland (Taurotragus oryx).
Among the endemic species of birds along this coast there are the Francolino strigrigie (Pternistis griseostriatus), the red-crested turaco (Tauraco erythrolophus), the feathered feather of Gabela (Prionops gabela), the white-eyed octagon (Platysteira albifrons), the flycatcher Angola slate (Melaenornis brunneus), Gabela akalat (Sheppardia gabela), Angola cave thrush (Cossipha ansorgei), Pulitzer’s beccolungo (Macrosphenus pulitzeri), the back-bishop (Euplectes aureus), the having it from the Braun bush (Laniarius brauni), having it from the Gabela bush (Laniarius amboimensis), having it from the Monteiro bush (Malaconotus monteiri), also widespread in Cameroon, the yellow-necked bulverde (Chlorocichla falkensteini) and the chambermaid of Hartert (Camaroptera harterti).
The coastal strip is also home to two endemic reptiles, a gecko (Hemidactylus bayonii) and an amphisbenide (Monopeltis luandae), and four endemic frogs (Hyperolius nasutus, Leptopelis jordani, Leptopelis marginatus and Amnirana parkeriana).
In the Quiçama National Park, in the valley of the Kwanza River, efforts are being made to reintroduce African elephants, antelopes and other species that once roamed the country’s 10 national parks before the civil war. Quiçama covers nearly 10,000 km² approximately 75 kilometers south of Luanda, the country’s capital.
Unfortunately, little is known about the conservation status of birds in this region due to the civil war that has raged in Angola over the past 27 years. The greatest diversity of species with population at risk is found in the province of Cuanza Sul and, given the uncertainty about their current status, many of these species are listed as threatened. Laniarius amboimensis is common and Malaconotus monteiri is quite common in the degraded secondary forest, old coffee plantations and the primary forest of Kumbira. Pulbzer Macrosphenus is quite common at the highest altitudes of Kumbira and in the dense undergrowth of the forest west of Seles. Angolan Xenocopsychus ansorgei is still found on the rocky slopes above the Kumbira forest.