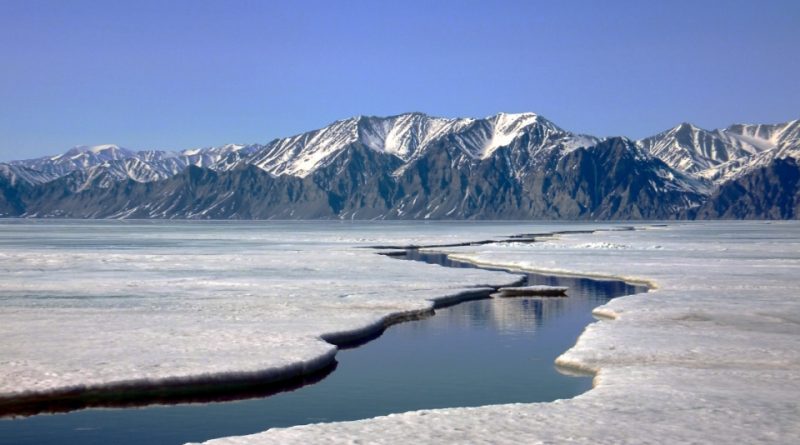 Sirmilik national park, whose WDPA code is: 300103, is a national park located in Nunavut, Canada.
Nunavut (in Inuktitut: ᓄᓇᕗᑦ) is the northernmost and largest Canadian territory that covers an area of ​​just over 2,000,000 km2, which corresponds to the size of Western Europe.
Sirmilik National Park in the native language means: “the place of the glaciers”.
This protected area was established in 1999; it is located in the Canadian Province of Qikiqtaaluk (Inuktitut: ᕿᑭᖅᑖᓗᒃ) which is also known as Baffin, (Qikiqtaaluk in Inuktitut indicates precisely the island of Baffin) which is one of the three administrative regions of Nunavut.
The Sirmilik National Park has an area of ​​22,200 square kilometers, located on the northeastern coast of the island of Baffin and divided into three sections: Bylot Island, Oliver Sound (a fjord for exciting canoeing excursions) and Borden Peninsula.
It is one of the most accessible parks in Nunavut and is located near Pond Inlet, the town where all visitors must register, attend orientation and report for post-trip debriefing.
Here a friendly community, mostly Inuit, welcomes and offers pre-organized park shuttles, boat excursions in summer or snowmobiling in winter, climbing, kayaking, skiing and mountaineering adventures or you can also choose a comfortable one multi-day trip to the open sea to admire the spectacle of the frozen waters.
Visits are from May to September, although ice breakdown makes the park inaccessible in July.
Day trips are possible in spring and summer. 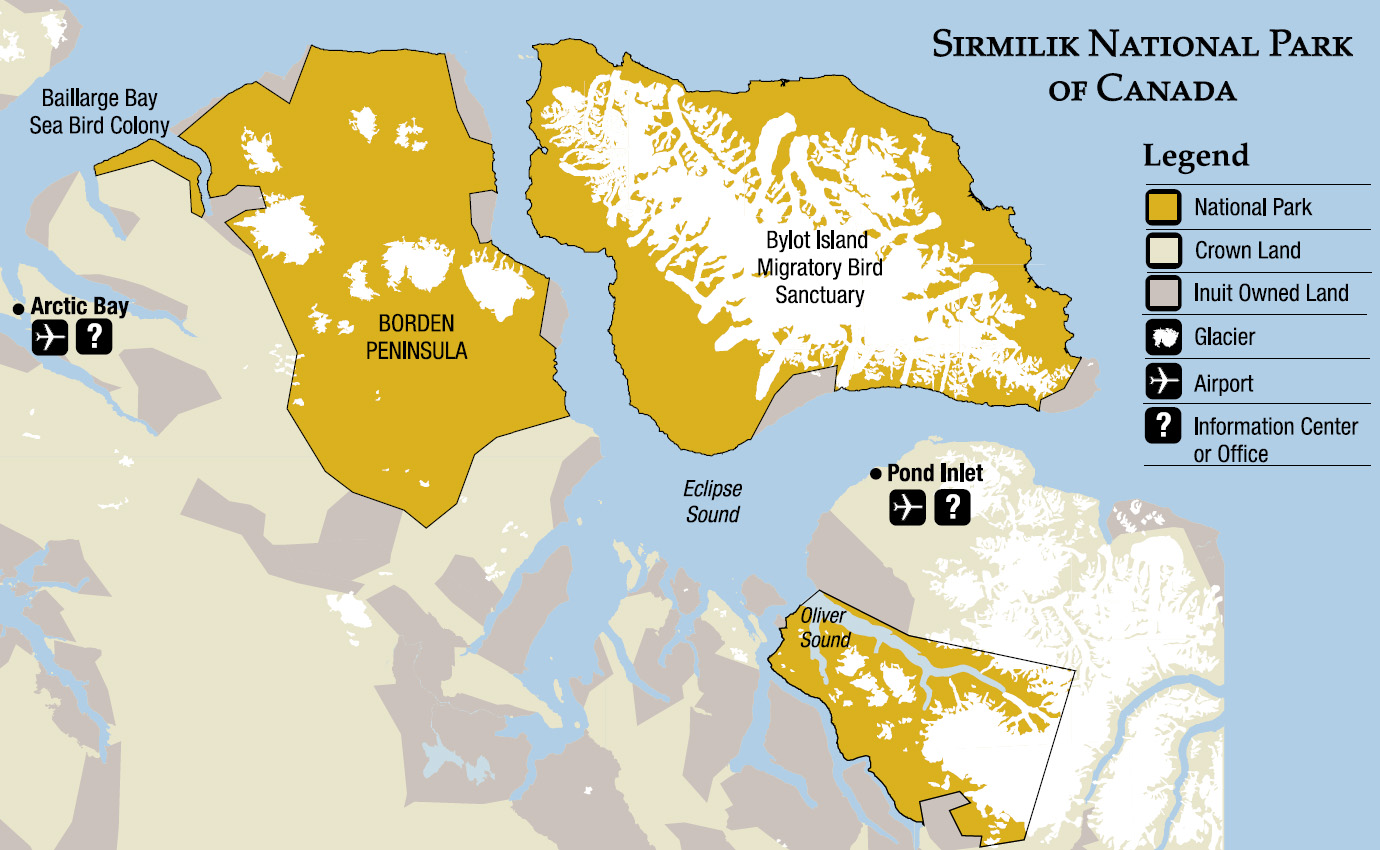 Fauna –
Sirmilik National Park is renowned for its rich wildlife. Here you can observe beluga whales, seals, walruses, pear caribou, arctic foxes, arctic hares and wolves. In addition, the island of Bylot is a migratory area for narwhals.
The park is also known for being an important bird sanctuary, in 1965 the island of Bylot, enclosed within the park, was also declared a “migratory bird sanctuary” due to the high number of migratory birds in the area ; Finally, Sirmilik is one of the eight Canadian national parks where polar bears are found.

Flora –
Sirmilik National Park is a place characterized by a very rich and varied flora ranging from immense forests (which offer breathtaking views during autumn), to grasslands, coniferous forests and tundra, which although desolate and freezing during the season in winter, it can offer a great show in late spring and early summer.
In general, in this landscape we find the Arctic tundra which offers more than 900 plants of different species. The vegetation decreases as we approach the North Pole.
In the tundra we find willows, herbs, mosses and evergreen flowers that bloom during the summer. To the south of the tundra are the large coniferous forests formed by white and black firs, Banks pine, aspen and white poplars, white birches, larches and balsamic pines.
The so-called “taiga” is made up of hard and soft wood trees, with a predominance of deciduous trees such as yellow birch, red maple, sugar maple, ash, oak, walnut and elm.