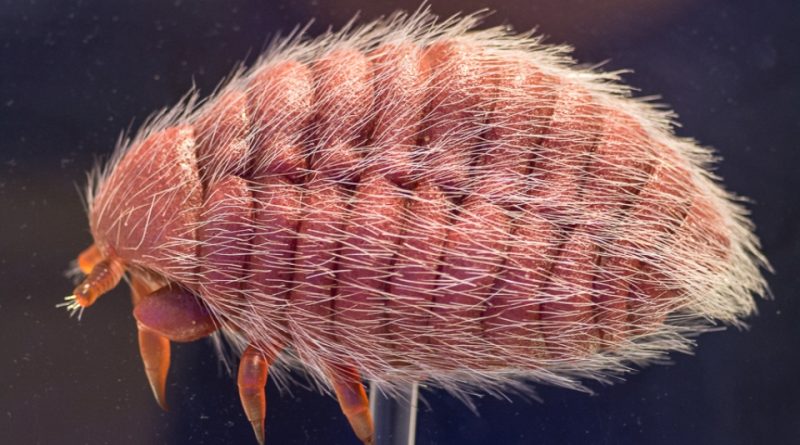 The carmine cochineal (Dactylopius coccus O. G. Costa, 1835) is an insect belonging to the Dactylopiidae family.

Geographical Distribution and Habitat –
Carmine cochineal is native to Central America with some populations originating from South America and others from North America, including Mexico and the southwestern United States. Molecular phylogenetic studies on gender suggest that Dactylopius coccus was born in South America and was introduced into Mexico, through agricultural products during the pre-Columbian era.
Today this genre is distributed in most of the world due to accidental introductions.
Their habitat is that of dry environments, including forests, grasslands, cultivated fields, disturbed areas and weeds and gardens where they share host cactus plants with various ants, spiders and other insects.

Morphology –
The Dactylopius coccus are outwardly of a waxy gray color, but the adult females become bright red when they are crushed, due to their content in carminic acid.
Adult females are about 6 mm long, 4.5 mm wide and 4 mm high. Each insect weighs about 45 mg, also due to the protective layer of white wax that protects them from loss of moisture and rain.
As in other cochineals, young males have wings while larger females do not.

Attitude and biological cycle –
The duration of the cochineal biological cycle depends on many factors including the presence of natural enemies, diseases, climatological factors and the physiological state of host plants. In particular, the climatic conditions play an important role during insect maturation: hail, temperatures below 20 ° C and above 30 ° C, rain and wind can compromise the development of insects.
Furthermore, the age, species and health of the host plant can influence the speed of their development. Depending on the aforementioned factors, periods of development between 64 and 120 days have been reported in the literature. As a result, three to six generations can occur each year.
In detail, females have three stages of development and males five. Their reproduction takes place continuously throughout the year, with a maximum of six generations.
The eggs hatch very soon after laying, even in a few minutes, and probably even occasionally while they are still inside the female.
These scale insects live on cactus plants, in particular Indian figs (Opuntia spp.), As well as Cylindropuntia and Grusonia species.
They gather in large groups mainly in shaded areas and sheltered on the cactus pads on which they feed on the sap.

Ecological Role –
Carmine cochineal is a sessile parasite, which lives primarily on cactaceae of the genus Opuntia.
The insect produces carminic acid, which is a defense against predators.
Carminic acid can be extracted from the body and from eggs to produce a valuable natural dye, carmine (also known as cochineal red or simply cochineal).
This active ingredient is used as a food coloring (E120) or in the cosmetic industry.
For this reason this cochineal is an insect of economic and historical importance as the main source of the red dye. According to findings, it has been used for this purpose in the Americas since the tenth century. For this reason the insect has been domesticated and is bred for its product.
These scale insects were of important economic value for pre-Columbian societies in the Andes region. Sovereigns of the Inca Empire stored these insects as supplies in stores, as they were the only source of red dye for clothing and other fabrics. Red was, among other things, the color of royalty among the Incas. After the beginning of Spanish colonization in the Americas, scale insects were shipped worldwide as a commercial product.
The dry bodies of the females of this insect contain about 12 to 16% of carminic acid.
The carmine obtained is a crimson shade that can be transformed into different shades by adding metal ions or modifying the pH; tin salts or acids produce a bright scarlet color, while iron or alkaline compounds turn it into a deep purple.
The Salasaca from Ecuador still use this process to color their fabrics, in particular a red woolen garment worn by women around the shoulders, which each woman customizes by choosing a different shade of red. They collect the scale insects, probably the D. confusus, in the natural areas, press them in pats and use these to dye the clothes three at a time. One is left crimson, one is soaked in lemon juice to make it scarlet, and the third is rubbed with wood ashes to make it purple.
The genus Dactylopius is also important because several species have been used as biological control agents of parasites and because many are known as invasive species.
As for biological control, some cacti are invasive plants and, as cactus parasites, Dactylopius species have been used as biological control agents for parasites in Africa and Australia.