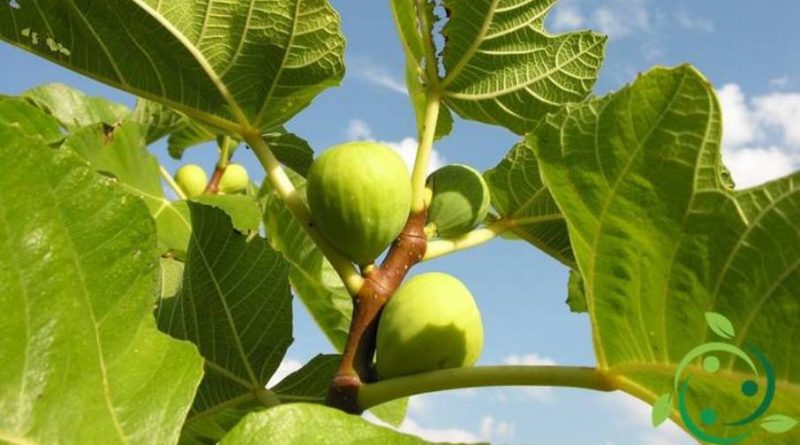 How to prune the Fig

The common fig (Ficus carica L., 1753) is a fruit tree, from the subtropical temperate climates belonging to the Moraceae family.
In this sheet, given the peculiarities of this plant, we will see how to prune the Fig following the most appropriate technical measures.
Let us say immediately that the fig tree tends to naturally assume a globular shape which, with adequate interventions, is easy to maintain.
To get to this form of breeding it is necessary to set the plant since its planting in order to obtain a low scaffolding and a crown that is generated by 3 or 4 main branches. In these conditions a bred fig tree can reach a maximum size from the ground of about 4 m, with a wide foliage around 5 m. Let us remember that the width of the foliage is also chosen according to the planting layout which for this plant is recommended 6 meters in square.
Another aspect to consider is the productive characteristic of this species. For this reason it is necessary to distinguish the varieties of fig bifere from the unifier ones. This distinction is important for deciding the different pruning methods.
The bivalan figs produce two types of fruits: “fioroni” in June and “fòrniti” (or real figs) in August and September. The unifere varieties, on the other hand, do not produce fioroni, but only fòrniti (which are smaller and sweeter than the fioroni) in summer.
This peculiarity obviously involves differences in the formation of tree buds.
For this reason, in the bifera varieties we have a mixed bud at the apex of the branches, which in spring sprouts. The growth of the new sprout, at the armpit of the new leaves, forms and develops fòrniti figs, which will be ready for harvesting in the summer of the same year. The supplies are therefore found at the base of the sprout. Instead of the tip of the same sprout we find the so-called primordians of the florons. These primordians have the shape of a small dome and will produce the florons in the following year.
Thus the difference with the unifying varieties is that in the latter the primordians of the florons are not formed. From the bud that arises from the mixed bud present on the apex of the branches, the leaves will be born, which bring only the fòrniti that are gathered in the summer of the same year.

Let’s start with the breeding pruning –
This technique consists of trimming the young fig tree plant at 90-100 cm from the ground.

Topping at this height will generate, in the vicinity of the cut, the main branches and other branches. These should be allowed to grow until the following year. when they reach the second year they will choose the three strongest branches (most possibly equidistant from each other by 120 °) and these, in turn, will be shortened to half of their length (what is called the return cut).
In the hypothesis that these branches are still not strong enough, the shortening operation must be postponed until the following year; all the other branches that have risen on the trunk, under the scaffolding point, will be eliminated.
After this first operation, the plant can be left free to grow for the next 2-3 years. In general, the plant breeding phase therefore lasts from 3 to 5 years.
In any case, all these pruning operations must be carried out at the end of winter, when we are sure that the risk of frost is now far away.

Production pruning –
The production pruning is a technique much less invasive and with the aim of maintaining a balance between the plant’s vegetative and productive capacity.
Let’s see what the main fig production pruning operations consist of:
– elimination of branches too vigorous or in bad position;
– return cuts on branches too high and without leaves;
– return cuts to rebalance the hair;
– elimination of secondary branches grown too low;
– lightening of the highest branches;
– elimination of damaged or sick branches;
– elimination of the basal suckers that the fig produces continuously.
As for the differences in production pruning between unifere and bifera varieties, below are the details:
– on bifera varieties, to maximize the production of florons, the buds are removed at the apex of the branches of one year of age. In this way the production of new shoots (and therefore florons) is stimulated for the following year.
– If instead the objective is to produce many real figs (fòrniti), the special pruning consists in shortening by one third the branches that have already borne fruit. This type of cut stimulates the tree to form new and numerous productive shoots, already for the current year. The real figs are born on the new branches.
Other pruning operations are also carried out (always in the late winter period) to eliminate the badly arranged branches, dry and sick, and any suckers.
In summary, therefore, the plant begins to produce around the 5th year from the plant, reaches its maximum production (40-60 kg of fruit) from 30 to 40 years and then gradually starts to have a lower yield; it can survive up to 60 years and beyond. A suitable warning must then be made for the use of tools: which must be adequate (such as blade and size to the type of cut) and above all previously disinfected.