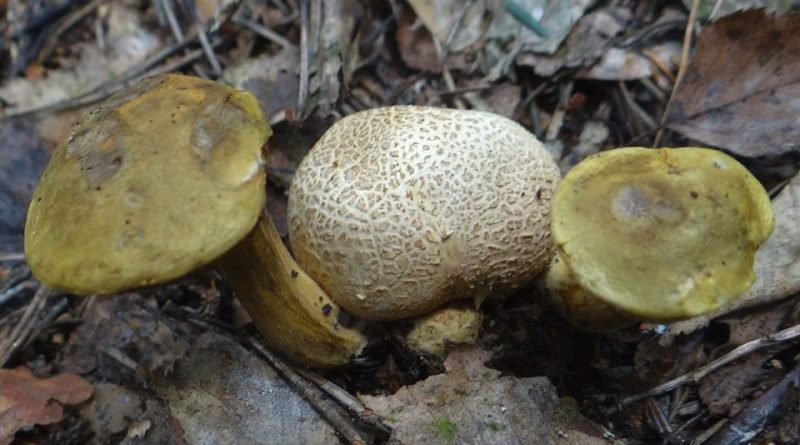 Etymology –
The term Pseudoboletus is formed by psèudo, false, coming from the Greek ψευδο and term Boletus that derives from the Greek βωλήτης bolétes, with which the Greeks called a sort of mushroom (from βωλος bólos with the meaning of gleba, clod, bush, because growing among the bushes or places); others believe that the meaning of βωλος is to be extended to a ball, since the cap of most mushrooms is globose; for some authors it derives from the name Bolites with which the Romans referred to the best edible mushrooms, although originally referred to only ovules (Amanita cesarea), but soon used to call porcini mushrooms as well. So false boleto. The specific epithet parasiticus derives from the Greek παρασῑτέω parasitéo eating together, composed by the prefix πᾰρἆ- pará- near to, near, together and from σιτέω sitéo, to feed.

Geographical Distribution and Habitat –
Pseudoboletus parasiticus is a rare fungus that grows parasite on Scleroderma citrinum, on which it bears fruit in the period between summer and autumn. 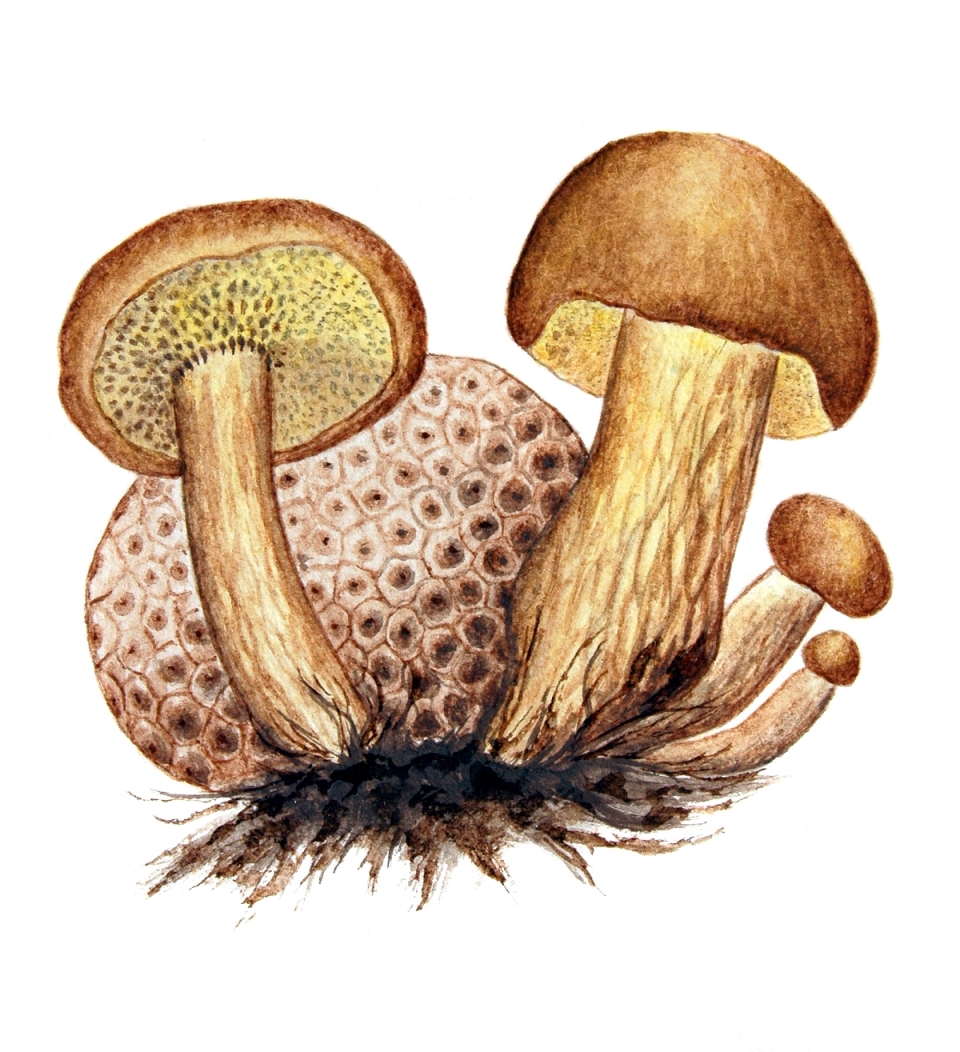 Recognition –
It is recognizable by the convex cap of 5–8 cm in diameter, with a cuticle varying in color from yellow-brownish to olive; this is dry, smooth, velvety and cracked when ripe, with a convoluted margin. The tubules are 6 mm long, decurrent, yellowish and the pores are large, 1–2 mm wide, angular, olive-yellow.
The stem is 3-5 x 0.5-1.5 cm in size, often curved and thinned at the base, dry, solid, fibrillose, yellowish and in any case concolorous to the cap.
The flesh is yellowish in color, of a firm and somewhat leathery consistency, with a sub-zero odor and no particular taste.
At the microscope, spores of a yellow-olive mass are observed, smooth, ellipsoidal, of 12-18.5 x 3.5-5 µm.

Cultivation –
Pseudoboletus parasiticus is not a cultivated mushroom.

Uses and Traditions –
Scleroderma citrinum grows as a specific parasite, settling in the tissues of Scleroderma citrinum making it sterile and thus limiting its spread; in fact this last species is sometimes even infesting.
As far as its edibility is concerned, however, its collection is not recommended as it is a very rare species and therefore to be protected. It should also be remembered that the parasite fungus is poisonous, even if the latter does not transmit toxins to it.
This pairing is therefore very interesting, as it is a toxic fungus to be parasitized, while P. parasiticus is not at all.

Preparation Mode –
Although there are no particular contraindications to consumption, it is not recommended, however, to collect and use them in the kitchen.