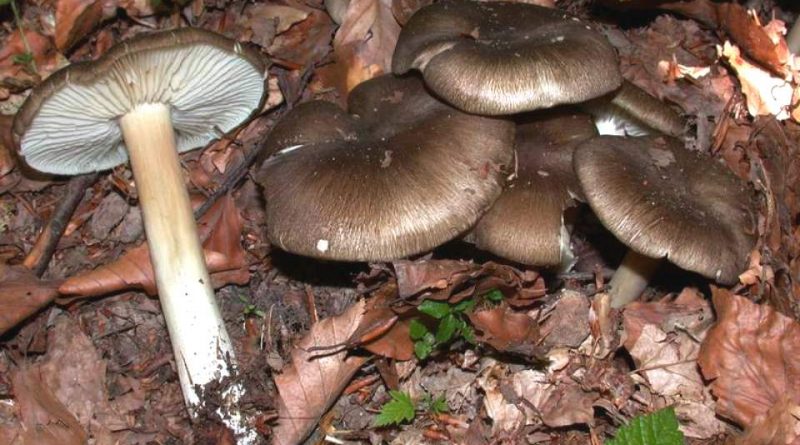 Systematic –
From the systematic point of view it belongs to the Domain Eukaryota, Kingdom Fungi, Basidiomycota Division, Class Basidiomycetes, Order Agaricales, Family Tricholomataceae and then to the Genus Megacollybia and to the Specie M. platyphylla.
The terms are synonymous: Collybia platyphylla, Tricholomopsis platyphylla, Agaricus platyphyllus and Agaricus grammocephalus.

Etymology –
The term Megacollybia comes from the Greek μέγας mégas grande and from the genus term of mushrooms Collybia, whose etymology is uncertain, linked to the shape or the size of some species: from the Greek κόλλυβος kóllybos small-sized coin, of little value; or from the Latin collúbia, name of round biscuits colored bread, slightly convex and baked (from the verb collúbere piacere). The specific epithet platyphylla comes from the Greek πλἄτύς platýs broad, broad and from φύλλον phýllon leaf, lamella: for broad, broad lamellae.

Geographic Distribution and Habitat –
This fungus is found on soils rich in plant residues, at the base of old stumps or on rotting wood, in coniferous or even broad-leaved woods, in alpine and Apennine environments with growth in the period between summer and autumn. 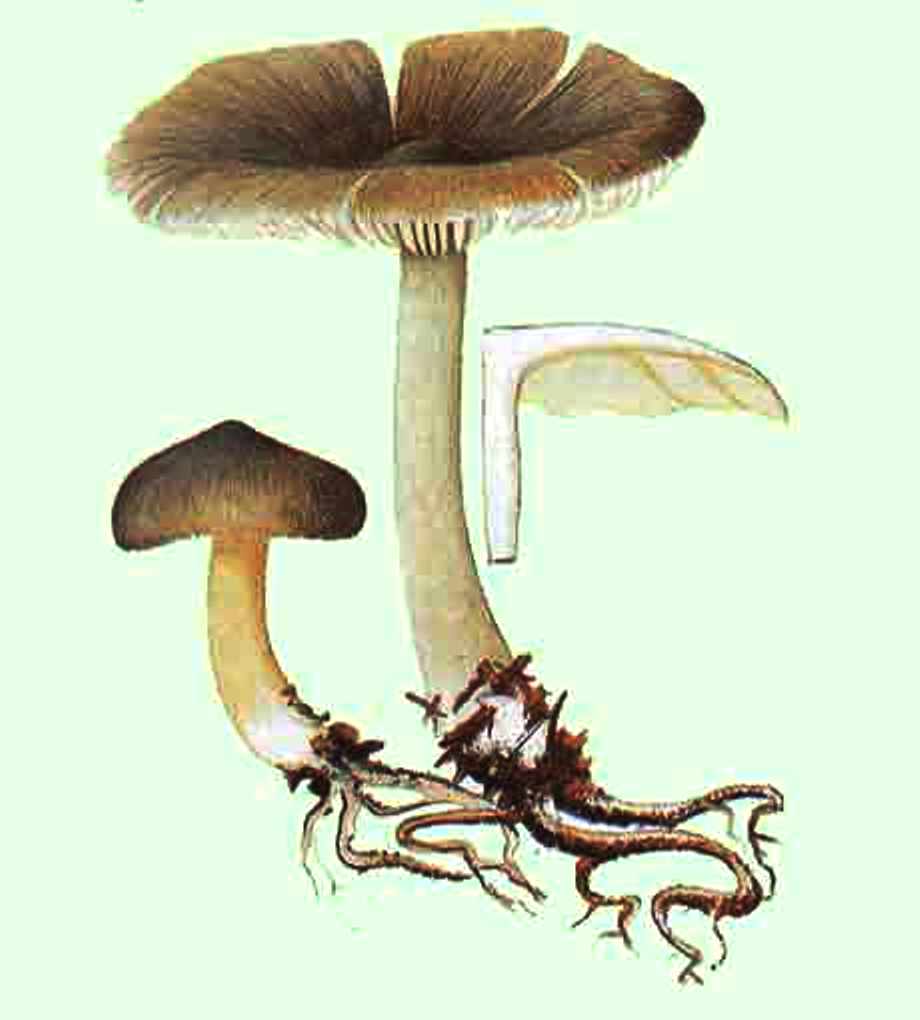 Recognition –
The Megacollybia platyphylla is identified for the hat, which can reach 15 cm in diameter, not very fleshy and then flat, with wavy edge and often radically engraved, covered with scales, more thickened on the margin and with color that can vary from brownish to dark gray. The stem is whitish, cylindrical and with a fibrous appearance, slightly enlarged at the base which extends into the ground with long strands of mycelium, similar to strong roots. The lamellae are very high smeared, sinuous, distant and very wide, whitish or creamy white. The flesh is compact, whitish in color and gives off a light odor, with a pleasant taste and a bitter aftertaste.

Cultivation –
Megacollybia platyphylla does not belong to the category of cultivated mushrooms.

Uses and Traditions –
Megacollybia platyphylla is the only European species belonging to the genus Megacollybia Kotl. & Pouzar, and it is however easily recognizable due to its considerable size, the low fleshiness of the cap, the very wide lamellae, the characteristic radial lacerations of the cap and the bitter taste. It is a fungus with an appealing aspect that recalls vague similarities with: Tricholoma portentosum which has yellowish tones under the cuticle and a little on the whole mushroom, Hygrophorus marzuolus which has a more massive appearance, consistent flesh, blades in shades of gray: however, both edible with sweet meat and absence of mycelium cord which, together with the bitterness of the meat, make the determination of M. platyphylla certain.

Preparation Mode –
For the preparation and conservation of this fungus it is necessary to eliminate the stem and collect the young specimens anyway, discarding the old ones.