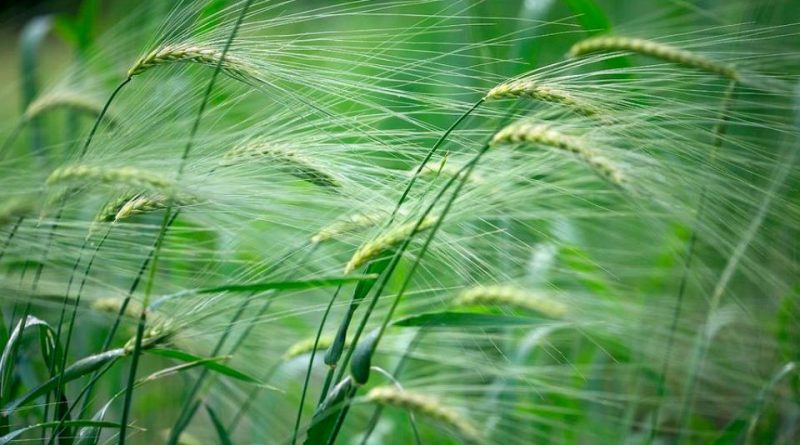 Spelled (Triticum spelta L.) is a cereal belonging to the Poaceae family.

Systematic –
From the systematic point of view it belongs to the Eukaryota Domain, Kingdom Plantae, Magnoliophyta Division, Commelinidae Subdivision, Liliopsida Class, Poales Order, Poaceae Family, Triticeae Tribe and then to the Triticum Genus and to the Species T. spelta.

Etymology –
The term Triticum comes according to Varrone da tritum battuto, for the use of beating wheat to separate the grains from the spikes. The specific spelled epithet is derived from the Latin name of a type of cereal cited by several authors.

Geographic Distribution and Habitat –
This species of the genus Triticum is an “ancestor” of common wheat, and is a very ancient cereal, probably 8,000 years old in South-Western Asia, in the so-called “fertile crescent”, a Middle-Eastern area that is defined as the cradle of the Civilization, and originated from the cross between the species Triticum dicoccum and the Aegilops squarrosa. His is the center of origin located to the east, from the Caspian Sea to the territories of Afghanistan and Kazakhstan today. Its habitat is that of land well exposed to the sun, even if poor. 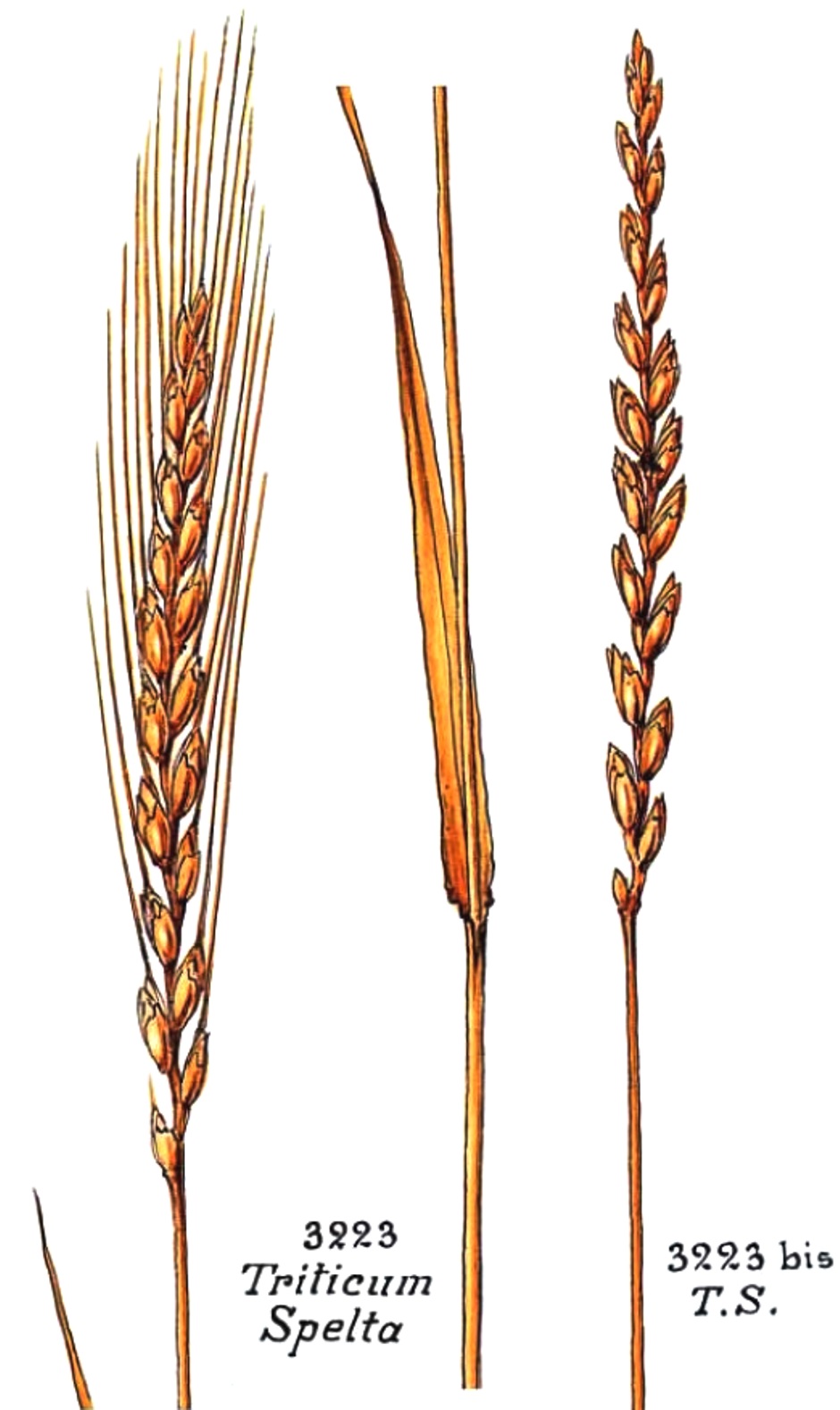 Description –
The big spelled is a hexaploid species (2n = 6x = 42), with a labia spike, without any reste or with very short reste. As in medium spelled, the spikelets contain two kernels, rarely three. The Triticum spelta has a thin and prolonged spike, reddish in color, with about twenty small spikes called rachis. Each rachis contains 2-3 spelled grains, covered by the protective coating called gluma.

Cultivation –
Spelled spelled grows well on sunny soils, even if dry; however, the yield is quite low, so over time the cultivation of large spelled has gradually been replaced by more profitable cereal crops. This species possesses production potentials superior to medium spelled, which however can fully express themselves only in environments that are not too unfavorable. In difficult pedoclimatic situations, spelled is not competitive with medium spelled, also as a result of the longer development cycle. In general, however, it is a species suitable for more marginal soils where it can be grown without the aid of herbicides and chemical fertilizers, entering perfectly into rotating crop arrangements with grain legumes. Just like rye, it was also cultivated for its zootechnical characteristics, in order to obtain straw, or used to cover huts; its production is still active above all in France, Germany and Switzerland. For details of the cultivation technique refer to the following sheet.

Uses and Traditions –
The Triticum spelta is the most recent spelled origin (two millennia later than small and medium spelled), having as ancestor, besides the wild species Aegilops squarrosa, the T. dicoccum cultivated. Moreover, Triticum spelta is one of the species that most closely resemble soft wheat, even from a chromosomal (hexaploid) point of view; the spike is long and thin and its spikelets, about twenty, are inserted each to each node of the central spine (axis), in alternate and opposite position. Each spikelet contains two or more rarely three grains (kernels) protected by the glumette. The stem is reddish and about a meter and a half long. Because of its characteristics, the Triticum spelta has been used in the past to obtain food for animals (straw) or to build the roofs of huts, in poor agricultural areas. Its importance was such that even in the Bible it is mentioned among the 7 original cereals. Through trade with the native areas, especially Turkey and Egypt, spelled wheat has arrived in Europe: some archaeological sites in Austria have brought to light seeds of this variety, dated 14,000 BC. Subsequently, the spelled has entered the power of ancient Rome and during the Middle Ages the Padana valley has cultivated this cereal extensively. In the past it has been cultivated in Germany, France and Switzerland: above all the Germans, at the beginning of the twentieth century, widely used spelled for the production of beer. Currently, the cultivation of Triticum spelta remains only in some small areas of Italy, such as Lunigiana (between Tuscany and Liguria), central Italy (Umbria) and the areas of Lucca and Pisa. The cultivation of spelled is decidedly inferior to that of medium spelled and is not widespread in Italy; however, some varieties are also grown in the southern Apennines, such as the Rouquin variety (of Belgian origin) and the Altgold Rotkorn and Balmegg varieties (derived from northern Europe). The Triticum spelta, called glumella, is not edible and after collection must be removed by the decortication process. The kernels are separated from the glumette by a special blasting procedure. Spelled spelled contains high amounts of gluten and fiber: its flour has an intense flavor, dark color and is used in the preparation of biscuits (typically gingerbread), rustic bread and a particular beer. This species of spelled is very rich in riboflavin, essential for energy metabolism of the nervous system, B vitamins and soluble fibers, which reduce cholesterol levels. Contains about 25% more protein than wheat; as it contains gluten, it is not suitable for celiacs. Poor in fat but rich in vitamins and minerals, the variety of spelled spelled satisfies without being caloric; it also contains microelements such as iron, manganese, cobalt and copper. Unlike other cereals, it contains methionine, an essential amino acid. In the germ there are abundantly bran and essential oils, which promote intestinal motility. Unlike medium spelled, spelled is not present in Italy in the form of indigenous populations, while many commercial varieties are available, almost all selected in Central European countries.

Preparation Mode –
With spelled flour, which has a strong taste and a dark color, typical flat biscuits are produced, such as “panpepato” and, recently, a limited production of bread and beer has begun again. However, remember that since it contains gluten, even if lower than wheat, it is not suitable for celiacs. At one time, as well as for human food, it was also cultivated for its zootechnical characteristics, in order to obtain straw, or used for covering huts.