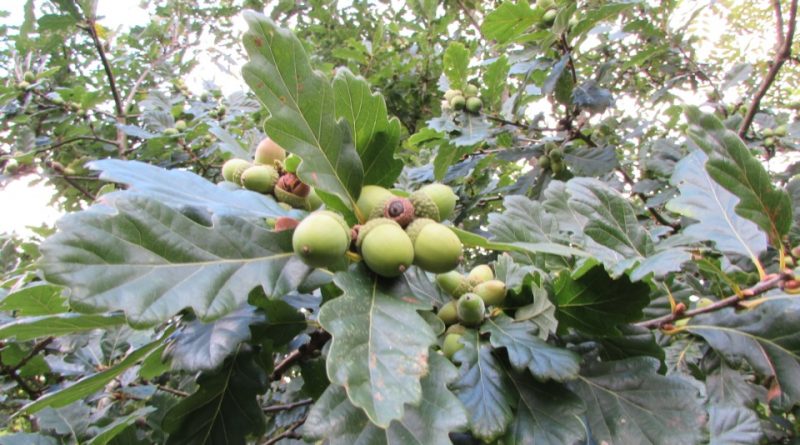 The Sessile oak (Quercus petraea (Mattuschka) Liebl.) Is an arboreal species belonging to the Fagaceae family.

Systematic –
From a systematic point of view it belongs to the Eukaryota Domain, Kingdom Plantae, Magnoliophyta Division, Magnoliopsida Class, Fagales Order, Fagaceae Family and therefore to the Quercus Genus and to the Q. Petraea Species.
The terms are synonyms: Quercus sessiliflora Salisb. And Quercus sessilis Ehrh.

Etymology –
The term Quercus comes from the Celtic words ‘kaer’ and ‘quer’ (beautiful tree), that is ‘the tree par excellence’, from which quercus, a name given by the Latins to this plant sacred to Jupiter. The specific petraea epithet derives from petra stone: that is, species of rocks.

Geographic Distribution and Habitat –
Il Rovere is a tree native to western and central-southern Europe, in an area that goes from central to north-eastern Europe, although it is less extensive than that of the Farnia. In Italy it is found in the alpine and pre-alpine valleys and in the Apennines. In Basilicata, Puglia, Calabria and Sicily the subspecies Q. petraea subsp. austrotyrrhenica. Near Umbertide (PG), there is an oak wood, probably of artificial origin.
Its habitat is that of the lower hilly and mountain (300-1100 m), where however, due to the anthropization of the last centuries, the chestnut was introduced in its place. 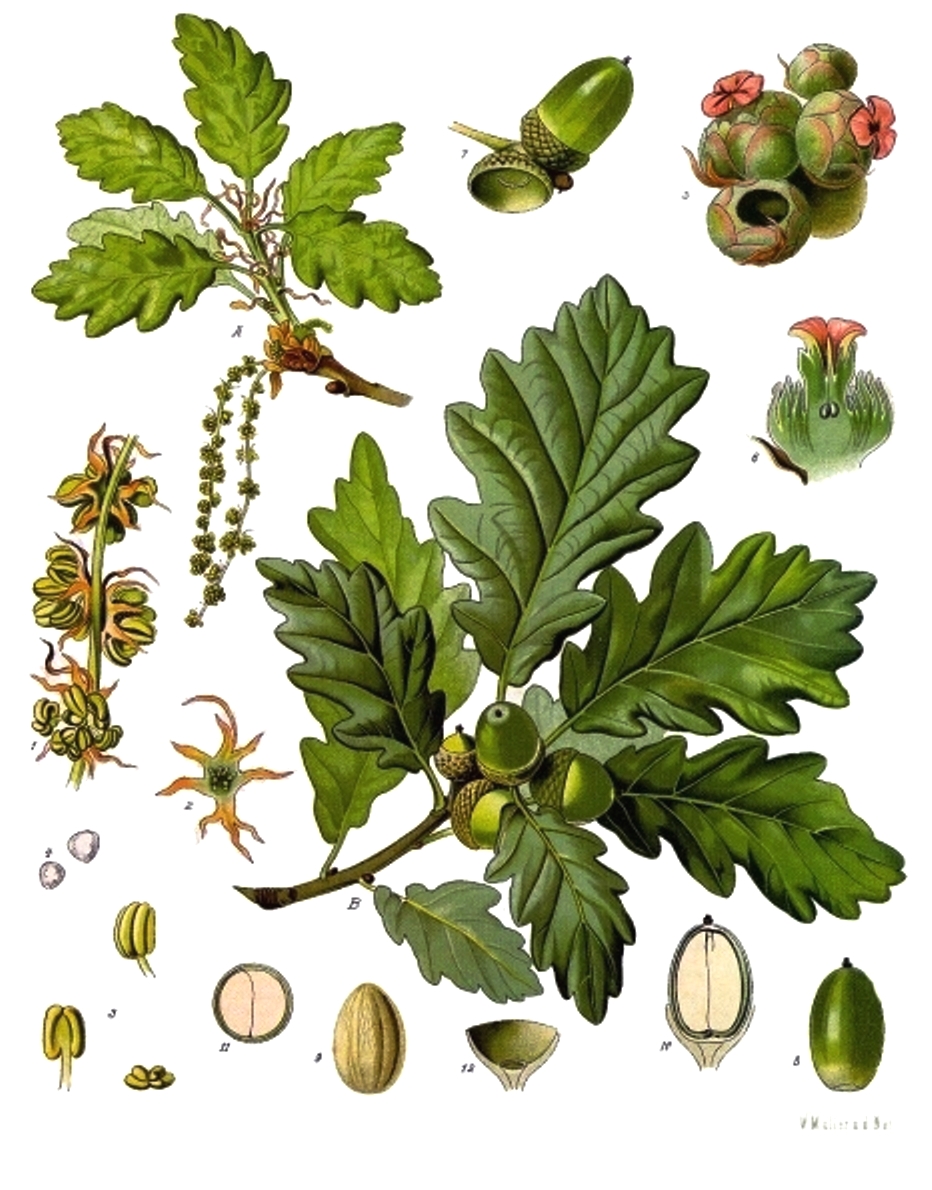 Description –
Quercus petraea is an arboreal species that can reach 40 meters in height, with a crown that tends to expand upwards. It has a straight trunk which then becomes more convoluted in the old specimens. The bark soon becomes rough, brown-gray, with showy longitudinal furrows. The leaves are semi-deciduous, simple, with obovate-elongated lamina and lobed margin with rounded lobes. It is a monoecious plant with unisexual flowers. The fruit is a sessile, 1-2 cm oblong acorn, smooth with a uniform brown color, with a dome that partially covers it and is formed by ovate, lanceolate, embryonic, dorsally and squeezed dorsifted scales of 1-2 mm. Flowering period: April-May.

Cultivation –
The Sessile Oak is a plant loves stony and well-drained places and has a slight preference for acidic substrates. It is tolerant to drought thanks to its deep root system, unlike the English oak, which tolerates a water stagnation of 100 consecutive days. He is afraid of late frosts.
Sessile Oak, like all oaks, loves sunny aspects, which are used for maturing acorns. The young plant, on the other hand, needs a half-shade exposure to develop. The ideal climate for growing the shrub is temperate and humid. Ideally, rains will be distributed regularly throughout the year, especially during the growing season. The tree also resists low temperatures and has a truly exemplary drought resistance. In fact, thanks to its very long and robust root system, it is able to penetrate deeply into the ground and absorb the water from the underground water table.
The multiplication of Quercus petraea occurs with the sowing of acorns. These, within two months of the harvest, must be buried on pots to be placed outdoors, with sowing in autumn or spring. The seedlings are then transplanted into the ground and after two or three years can be permanently planted. If you plant in a sheltered area, the new seedlings are kept green even in winter. The planting of the plant can always take place in spring or autumn, but on soils dug at eighty or one hundred centimeters deep and with good drainage.
For the growth of the plant with straight stems and without defects there is the so-called breeding pruning that consists in the defoliation of the plants that have some defects. In the meantime, we must do the weeding of the ground, which consists in cutting and mixing the surface layer of the soil to facilitate the aeration of the roots. The adult tree, on the other hand, must be pruned to limit the crown’s growth. This, extending too much, tends to remove light from nearby plants and trees.

Uses and Traditions –
The Quercus petraea grows in woods but hardly pure, moreover it differs from the oak tree due to the larger size of the stem and to the underside of the glabrous leaf. Instead it is very similar to the Farnia with which it often hybridises giving rise to trees of difficult determination. However, it presents a more open hair of the Farnia, with straight branches more straight. An oak with a fair longevity can reach 500-800 years of age and the maximum maximum size is reached around 120-200 years.
The Sessile Oak wood is one of the most valuable, is used for flooring, furniture, aging barrels of wines and liqueurs, etc ..; it is a wood very similar to that of but more densely populated, from which it is not distinguishable. It is also an excellent fuel, it is also used for coal production.

Preparation Mode –
The Sessile Oak, in addition to forest uses, for the production of precious wood and as fuel, does not have any other particular food or pharmaceutical uses today.