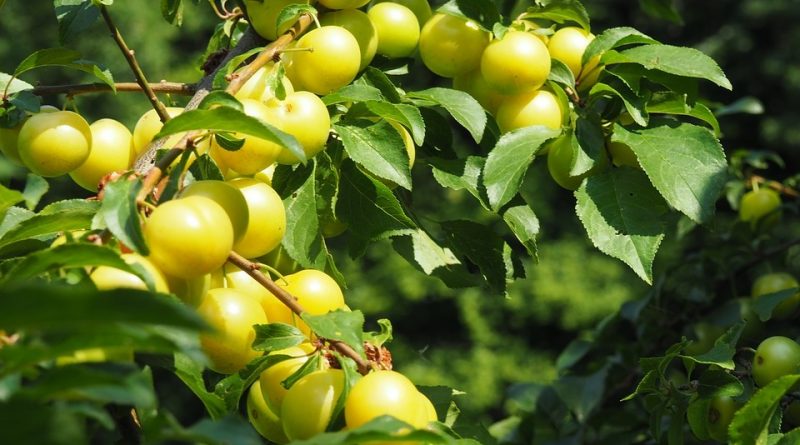 The European plum, also known as plum tree (Prunus domestica L., 1753) is an arboreal species belonging to the Rosaceae family.

Systematics –
From the systematic point of view it belongs to the Domain Eukaryota, Kingdom Plantae, Magnoliophyta Division, Magnoliopsida Class, Rosales Order, Family Rosaceae, Subfamily Prunoideae and therefore to the Genus Prunus and to the Species P. domestica.

Etymology –
The term Prunus derives from prunus, in Pliny, the Latinization of the Greek προῦμνη proúmne, plum, pruno in Theophrastus and Dioscorides, probably derived from a pre-Greek language of Asia Minor, see also prunum plum, plum from the Greek προῦνον proúnon in Galen. The specific domestic epithet is in reference to the criterion that was already cultivated in the domestic, domestic, or domesticated species.

Geographic Distribution and Habitat –
The Prunus domestica is a species native to Asia, specifically the area of ​​the Caucasus, which later began to be cultivated also in Syria, mainly in Damascus. It was introduced into the Mediterranean by the Romans around 150 BC. Today it is widespread and cultivated in practically all temperate climates. 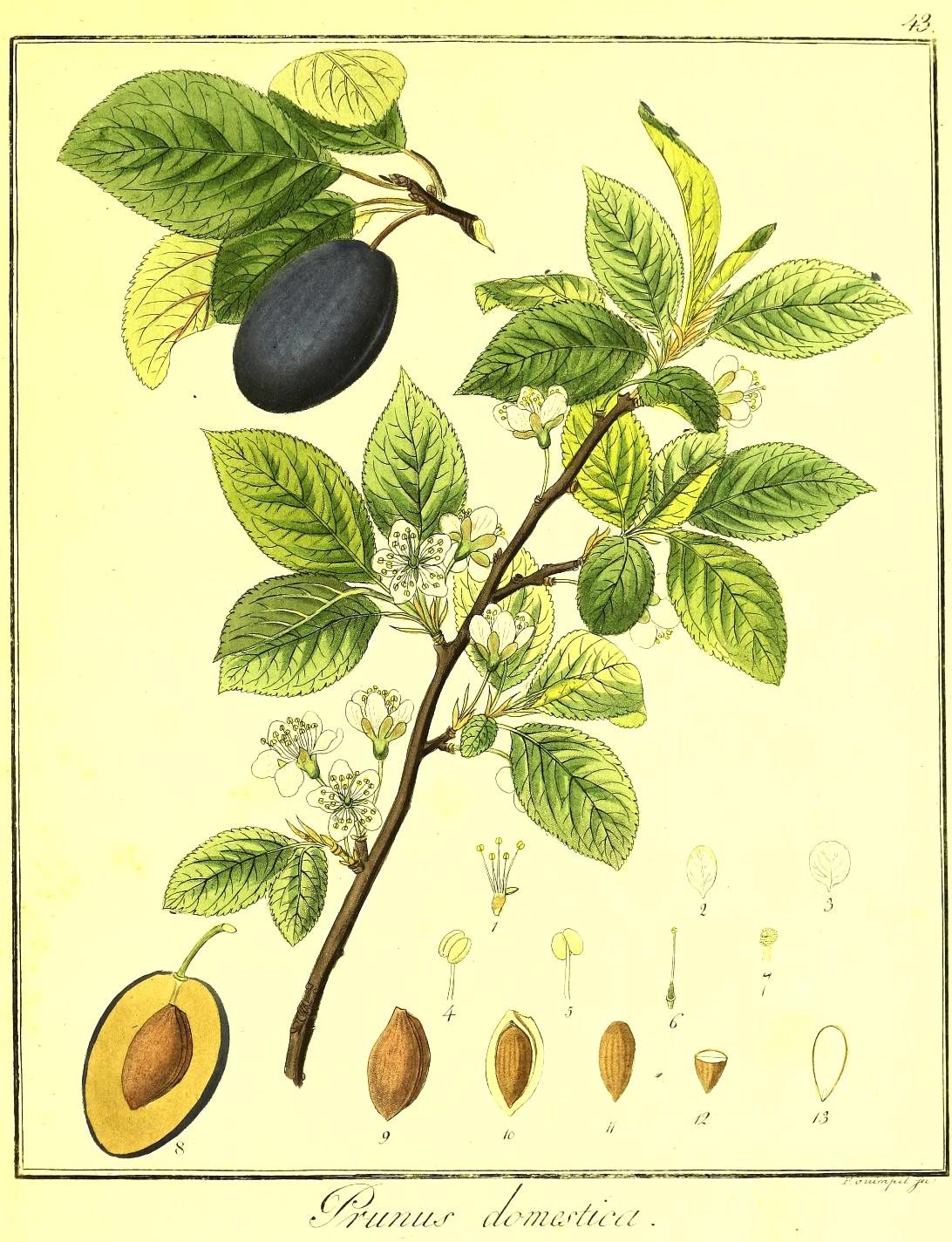 Description –
The Prunus domestica is characterized by a typical umbrella or tree shape, of medium size, from 3-4 up to 6-8 meters in height according to the variety. Pripenta usually white flowers that arise early in the spring. The fruits are oval or spherical, ripening from June to late September depending on the variety, with sizes up to 8 cm in size, they are usually sweet, although some varieties are sour and need to be cooked with sugar to be edible, and with very variable colors, depending on the variety from light yellow to orange, red, purple. Inside is a seed of considerable size not edible.
From the Prunus domestica, many cultivars originating in Asia, Europe or America have been obtained over the centuries. They can be divided into 3 main categories:
– Asian-European Group (P. domestica, P. insititia, P. cerasifera);
– Sino-Japanese group (P. salicina);
– American group (P. americana).

Cultivation –
The cultivation of the European plum is generally done according to different techniques and with forms of breeding that can be:
– low vase (sixths 5.5 x 3 m);
– irregular palmette (4.5 x 3 m);
– free palmette (4.5 x 3 m).
Irrigation is fundamental during the flowering period. Pruning is different depending on the species and for the European plum it is always important to leave a good quantity of buds. For the cultivation technique, the following sheet can be consulted.

Uses and Traditions –
Prunus domestica has a thousand-year history; it was introduced into the Mediterranean by the Romans, around 150 BC, but it was the Knights of the First Crusade that brought it throughout Europe around 1200 AD, first in France, then in Germany and in the other regions, until it reached Denmark and Southern Scandinavia. The history of the plant in fact, tells us that already in Roman times, the province “Narbonense” at the gates of Agenais, was particularly rich in thick vegetations of plum “Saint Antonin”, a variety also known as plum “Maurine”. Susina is the correct name of the round fruits of Prunus Salicina of probably Chinese origin and arrived in the European countryside more recently. In Italy it is mainly found in Emilia-Romagna and Campania and also in Trentino.
The fruit contains vitamins A-B1-B2 and C and some mineral salts, including especially potassium, phosphorus, calcium and magnesium.
The fruits of Prunus are appreciated for the richness of fibers, minerals and vitamins, the laxative properties of plum have been known since time immemorial enough to have inspired famous figures of 1500: the humanist Bartolomeo Sacchi (Platina) used to say that: “The use of plums, provided it is moderate, moves the body”. At the time of Shakespeare, plumed plum dishes were displayed as signs on the windows of English brothels. In the nineteenth century, in Naples, a variety of plums was called “Testicoli di Montone”. Supporters of homeopathic magic, considered the testis form, considered plums to be an aphrodisiac fruit. The plant was instead used as a lucky charm to wish the happiness of a marriage and to “restore” health to the sick or as “tranquilizer” for the irascible. The Chilean poet Pablo Neruda, in his Elementary Odes dedicated to the plum some verses of his poems, representing it as “the fruit of memory”.

Preparation Mode –
The consumption of plums is basically fresh but large quantities of production are used for the production of preserves, jams, fruit juices, syrups and packs of dried plums. They can also be used in the kitchen to prepare cakes, cakes, pies, ice creams and, due to its laxative properties, they are adopted in special diets even for those suffering from constipation. Given the organoleptic nature of the pulp, keep this fruit in the fridge and it is almost useless, as the pulp tends to become darker.