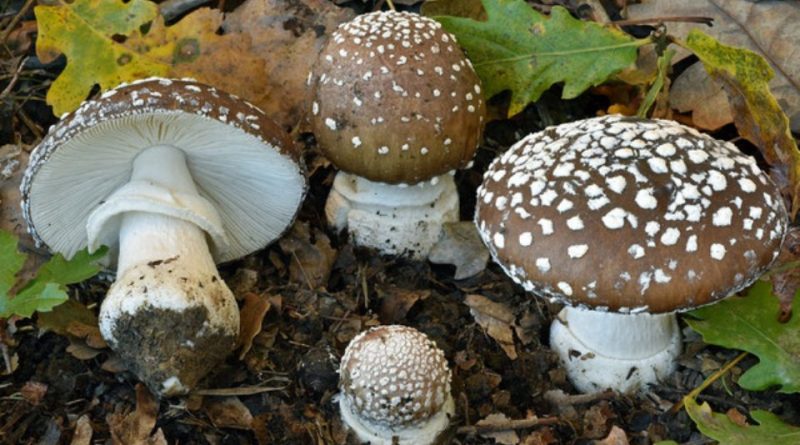 Systematics –
From the systematic point of view it belongs to the Domain Eukaryota, Kingdom Fungi, Basidiomycota Division, Class Agaricomycetes, Order Agaricales, Family Amanitaceae and then to the Genus Amanita and to the Species A. pantherina.

Etymology –
The term Amanita derives from the name of Mount Amanos of Asian Turkey or from the Greek ἀμᾱνῖται amanítai, an appellation given by the ancient Greeks to mushrooms in general. The specific epithet of Pantherina comes from Panthera Panther: spotted or dangerous, like a panther.

Geographic Distribution and Habitat –
Amanita pantherina is a ubiquitous and very common mushroom. It grows isolated or strongly gregarious; we find it from July to November, at the edge or in the coniferous and broad-leaved woods. It is quite invasive, so much so that sometimes it covers entirely vast sections of the forest. 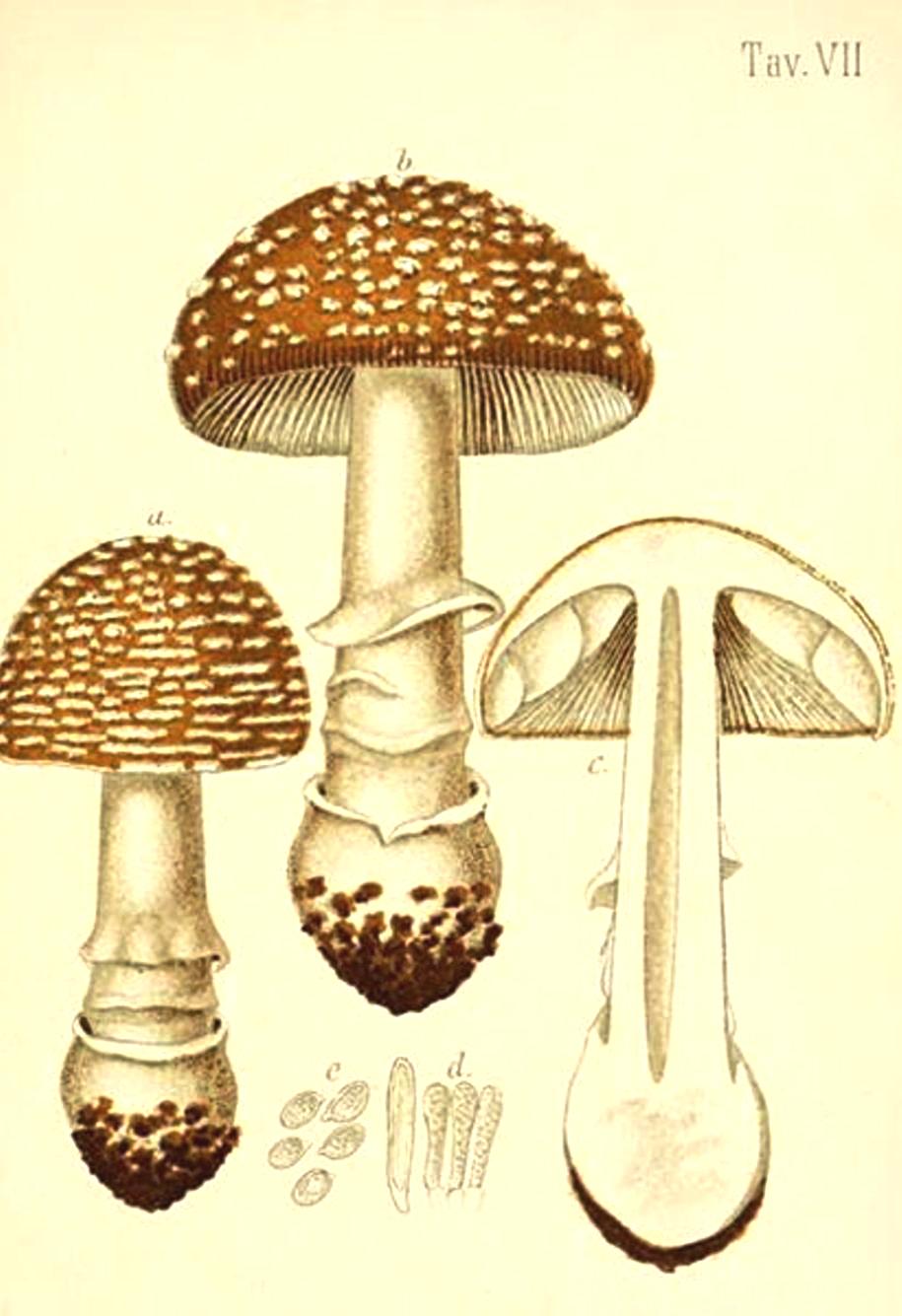 Recognition –
The Amanita pantherina is recognized for having a 10-15 cm hat, brown in color, conical-campanulate or hemispherical and then expanded, flat, smooth, covered with small white warts, which are important for the recognition of the species ; the margin is clearly striated. The lamellas are white, free on the stem, dense and with lamellule. The stem has dimensions of 6-12 cm, of white color, cylindrical shape, first compact, then hollow, and swollen at the base in a bulb. It has a more or less wide ring, white and rather low. The volva is white and adherent to the bulb. The flesh is whitish, immutable and firm, with sub-zero smell and sweetish taste. At microscopy we notice white, mass, ovoid, smooth, non-amyloid spores of 10-12 x 7-9 μm.

Cultivation –
Because of its toxicity it is not a cultivated mushroom.

Uses and Traditions –
Amanita pantherina, despite being considered a simply “toxic” species, can cause death if ingested in non-negligible quantities. Commonly if ingested it causes the so-called panterinic syndrome with a psychomotor imprint, generally benign, which causes gastrointestinal disorders (not always present) and nervous disorders with a psychic component such as. This syndrome is manifested by psychomotor excitation, dizziness, intoxication, euphoria, phonation disorders, anxious state, depression, hallucinations, deep sleep. In these cases the therapy consists of gastrolusi, activated charcoal, magnesium sulfate, infusions and sedatives. This fungus contains ibotenic acid, muscimol and muscazone. Because of its habitat similar to that of porcini mushrooms, it proves to be an excellent spy for the research of these refined and precious mushrooms.

Preparation Mode –
Mushroom not to ingest and prepare in any way.