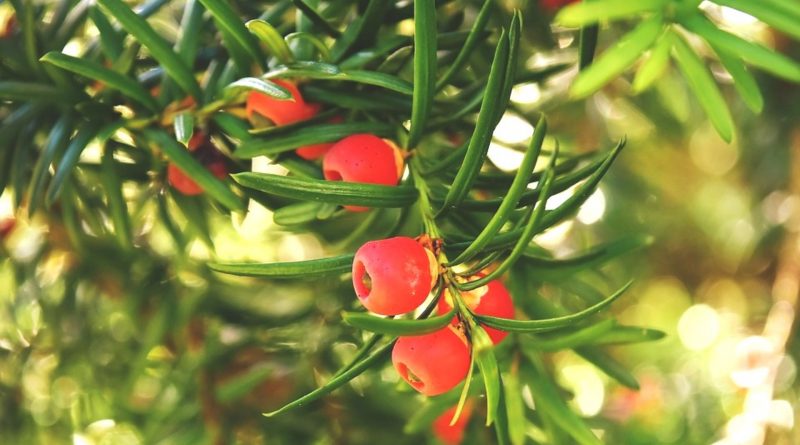 The yew (Taxus baccata L., 1753) is an evergreen and very long-lived tree belonging to the order of conifers and also called the tree of death.

Systematics –
From a systematic point of view the rate belongs to the Domain Eukaryota, Kingdom Plantae, Division Pinophyta, Class Pinopsida, Order Pinales, Family Taxaceae and then to the genus Taxus and to the species T. baccata.

Etymology –
The name of the genus comes from the Greek tóxon which means arch-arrow, while the specific epithet derives from bácca, that is, adorned with berries or similar to a berry or which has parts or organs similar to a berry.

Geographic Distribution and Habitat –
The Taxus baccata grows in a range that includes areas from northern Europe to North Africa and the Caucasus. it is easier to find it in damp and cool, shady places with calcareous soil. In the beech-wood it is a minority species also because of the intense use it has been made in the past. It is also present in Italy in mountain areas but not very frequently; however it is also found in the two major islands. 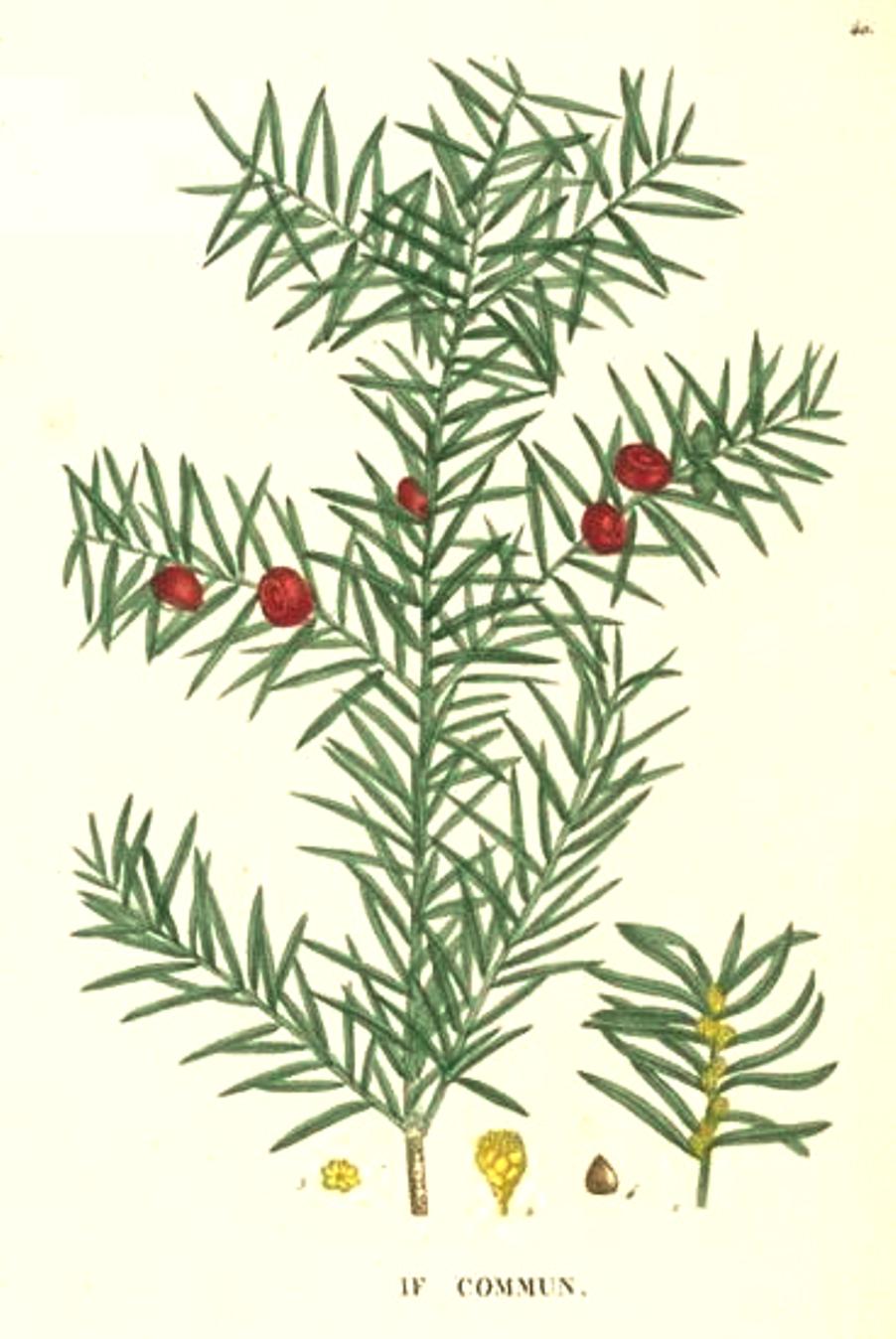 Description –
The Taxus baccata is an evergreen plant of great longevity with very slow growth but can even reach 20 meters in height. This conifer has a colored bark, first reddish brown, then gray increasingly clear and, with time, in addition to “whitening” tends to flake. The leaves are highly toxic, small, narrow, shiny, dark green on the top and lighter on the bottom. The crown is roundish, very dense and which, unlike other conifers, is not emptied into the lower part. The flowers are small, pale yellow and united in clusters in the male while they are single in the female that turn into summer in roundish fruits covered with red pulp, very showy and decorative.

Cultivation –
The Taxus baccata can be propagated quite easily by cutting or by spreading and quite difficult for seed. It has been widely used, but still is, as a topiary (or ars topiary) species, ie in the technique of pruning trees and shrubs in order to give them a geometric shape, different from the one naturally assumed by the plant, for ornamental.

Uses and Traditions –
The Taxus baccata is also known as the “tree of death” because of its use in the manufacture of poisonous darts and its characteristic toxicity. The active substance responsible for the toxicity of branches, leaves and seeds, where it is present in a variable percentage between 0.5 and 2%, is an alkaloid, the taxine. This substance has a narcotic and paralyzing effect on humans and many pets. The organs that contain the most are the old leaves. Moreover the name of “tree of death” is due to the fact that it was used, as well as a species for villas and gardens, in the trees of cemeteries. Moreover, its mechanical characteristics make it excellent for making arches and crossbows, a tradition that has been lost since prehistoric times, as finds have been found that attest to its use for the manufacture of this weapon. The characteristics that make it so suitable for the manufacture of bows are the enormous resistance, both to compression and traction, and the incredible elasticity. In the modern era it is used as a hunting trophy holder.

Preparation Mode –
The rate obviously does not use food, but only as an ornamental species and for the use of its wood.