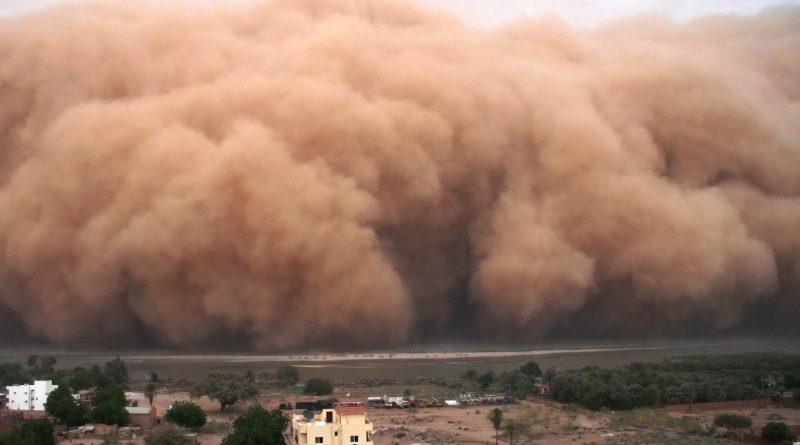 Intensive Agriculture is a Bankruptcy

If we do not understand that in this direction we are going to the end of this civilization, then all commitments and determination (from the scientific and humanistic domains) are from all parts of the planet.
We talk about the agricultural model conceived in the 50’s (after the two disastrous World Wars) and the end of the post-illuministic illusion of unlimited growth.
As COP21 denounces, 33 percent of the cultivated land has been destroyed in 40 years: if this is not an alarm, it means that the world population has entered a state of addiction to define it real world alarm.
One thing that little is reflected is that the cultivated soil, which allows us to have daily pasta, rice, bread, vegetables, is profound only a few decimeters. Not more than one meter (less than one micron in a hypothetical scale planisphere).

And the thing that should make us think (but we also do not think about it anymore) is that, in order to form 2.5 centimeters of new soil, nature takes no less than 500 years. What we call an active layer is therefore a precious and rare treasure, much more than oil.
But almost one-third of the cultivable land of our planet has disappeared over the last 40 years, due to intensive farming practices: it will take centuries for productive returns. And the situation can only get worse if no action is taken now, say experts who have submitted their report to COP21, the Paris climate conference.
The alarm, because it is a real alarm, came from a Sheffield University (UK) biologist, Duncan Cameron, who states that (if ever needed) “Today, the erosion rate of Plowed fields are ten to one hundred times higher than the soil formation rate. ” The researcher emphasizes that the intensive farming system is unsustainable, especially for the massive use of fertilizers, which in the long run will degrade soil rather than enrich it. Not to mention that fertilizer production absorbs at least 2 percent of the energy sources available annually.
But this is not even a novelty for the history of recent agriculture. In the 1930’s a series of dust storms struck the United States and Canada, directly attributable to the poor management of agricultural land and its progressive desertification, but this news was immediately silenced and since then, these storms are repeated periodically but then not he talks about it more.
The so-called “Dust Bowl” (in English: Powder Container); a series of sand storms that struck the Central United States and Canada between 1931 and 1939, caused by decades of inappropriate agricultural techniques and lack of rotation of crops. The fertile soil of the Great Plains was exposed to deep plowing that ended up destroying the grass that would ensure its hydration. During drought, the soil dried up becoming dust, and blown away to the east, mostly in large black clouds. Sometimes these clouds of dust swept the sky up to Chicago, and much of the land removed completely lost in the Atlantic Ocean. This ecological disaster caused an exodus from Texas, Kansas, Oklahoma, and the surrounding large plains, with over half a million Americans staying homeless. Many migrated to the West in search of work. The term may also indicate the geographical area affected by the phenomenon, corresponding to the region between Texas, Kansas, Oklahoma, Colorado and New Mexico.
Now to figure out where we are going to have to think about the dust bowl that occurred in the 1930’s in North America to understand that this will be a normal situation on our planet if we continue this way. Dust storms will be more and more frequent. These are accompanied, for a number of reasons, by the decline in precipitation and acceleration of the desertification process. An ecological disaster of immense proportions and, believe me, here catastrophism has nothing to do with it. Suffice to think that personally from 1984 to 2006 I have analyzed Sicilian land miles. The result is gruesome, in only 22 years the organic matter level has almost halved, the accumulation of phosphates more than doubled, the salinity of the soils (and hence their structure) to the stars. Today I keep these data jealously, but also with great impotence, in my archives.
If this question is not analyzed by governments (more than Bank failures, more than so many other real emergencies) we risk an unprecedented ecological default.
Every man of culture, every man in the street, every politician, every administrator, everybody, must be aware that this “philosophical” model of agriculture has no future.
It is necessary not only to return to the use of pre-industrial agricultural methods, which have allowed to preserve agricultural land for generations, such as those returning to the use of fleets, which allow to restore the raw material to which the active layer is composed that soil structure and its ability to retain water and nutrients, but the concept of a farm and the relationship of goods and services between this and the contiguous social cells must be completely rethought. A new green revolution that is timidly (and here hope comes to the fore) is manifesting culturally before, even scientifically and technically, in various parts of the world.
And there is another important factor to consider: production methods have made a clear distinction between agricultural land and the one used for breeding. This is an ecological mistake (as well as productive) scientifically and therefore technically unforgivable.
This does not mean turning back to 800 agriculture and renouncing technology, indeed. From too many parts I feel ignorant (not in the offensive sense but in not knowing the subject) that renouncing some agronomic practices is equivalent to a decrease in production. It is a fallacy (well-managed and directed by multinationals and large distribution chains) without any scientific evidence (I always remember that agricultural management is, in summary, an ecological energy balance and specialization and homologation in nature lead to a decline in yields (thermodynamic performance readings).
There can therefore be no opposition to any technical and technological innovation as long as this synchronizes with the “logic” of nature. In the absence of this vision technology will become (as it has been in some cases) an enemy of Nature and therefore of Man.
Now someone will say that the fault is farmers: absolutely not; the enemy is the reductive conviction that man can live away from the laws of Nature. This is the real crime that is smacking a part of the predominant Science and culture.
Then let’s get our hands off and not go down in the controversy. It only serves those who “manage” their use and consume the Planet. The dīvĭdĕ et īmpĕrā is that latine phrase that has come back today, according to which the best expedient of a tyranny or any authority to control and govern a people is to divide it, causing rivalry and fomenting discord.