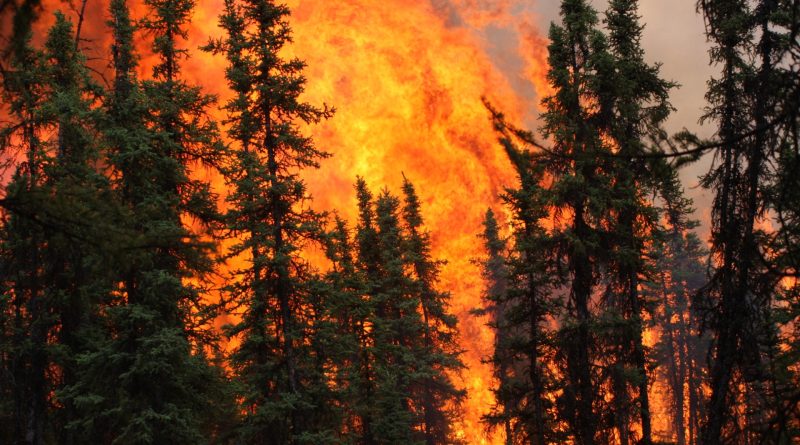 The issue of forest fires sees public worship and often, however, misunderstood.
For this reason, we see a bit of sound information (more and more rare).
First of all we must consider that with the rise in global temperatures, forest fires, which will end out of control, will only increase. At this moment, the most exposed places are South Europe, North America and South Africa, a sort of Bermuda triangle, where abnormality is the fire that is generated (both by anthropic and natural causes) for The extraordinary hot waves.
In recent days, since this contribution was published, more than 10,000 people have been evacuated to southern France, while several countries have been emptied. In Portugal just a few weeks after another huge fire, that of Pedrogao Grande, it caused 60 deaths.

Even in South Africa, in June, nine people were killed and about 10,000 were evacuated because of the fires they insisted in the region. In July, however, 40,000 people were forced to flee from flames in western Canada, where the state of emergency was declared. Even further south, in California, about 8,000 people have had to leave their homes last week while burning in hectares of forest.
In short, a real war bulletin.
In these extremely hot times, vegetation becomes dry and becomes extremely flammable. Lightning, spontaneous combustion and the human factor can be disastrous for the environment. And with rising temperatures, things are likely to get worse. Experts say the average global temperature has risen by at least one degree from the Industrial Revolution when humankind has started emitting greenhouse gases in the atmosphere. In 2015, 196 countries agreed in Paris to limit heating to 2 ° C by the end of the century but probably will not be enough, as heat waves and drought worsen even if the Paris agreement is respected.
However, only in 2017 in Europe, the fire burned down a forested area equal to Luxembourg’s surface. Since the beginning of the year there have been 677 robbers throughout the Union, an increase of 215% compared to the average fires in 2008/2016.
But it is not just the rise in temperature that causes this disaster of unalterable value (human, ecological and economic); At the base there is a wrong culture in these countries about the relationship between man and wood and the economy of forestry activities:
Products (wood on all); Fruition, oxygen production and ecological services.
The policies of the whole western world must change completely, but at the heart of everything if these policies do not cover the reintegration of man into forest and natural areas, then these policies, for how much economic effort can be made, will be a total failure.
If you do not create a relationship between man and forest, a relationship of responsibility and profitability then everything will be in vain.
Today we are simply paying the great cultural mistake that, after the Treaties of Rome in 1960, saw the agro-silvo-pastoral sector assimilated to an industrial model.
Nature is the transcendence of infinite knowledge, and whenever we mortify, we interrupt the wealth (also economic) that comes from this transcendence.
Some politicians in combating fires propose the use of drones, some of the intervention of the army, and some more solutions that do not necessarily cover the central theme of the issue.
Without man in the territory, with economies related to these activities, not only will the planet heat up more and more, but within a few decades, 80% of European territory will face a huge ecological and cultural desertification.
I hope that the Politics will stop trying to solve such complex issues with the sole use of finance or military control of the territory. These are things that fuel only the mafias of all kinds.