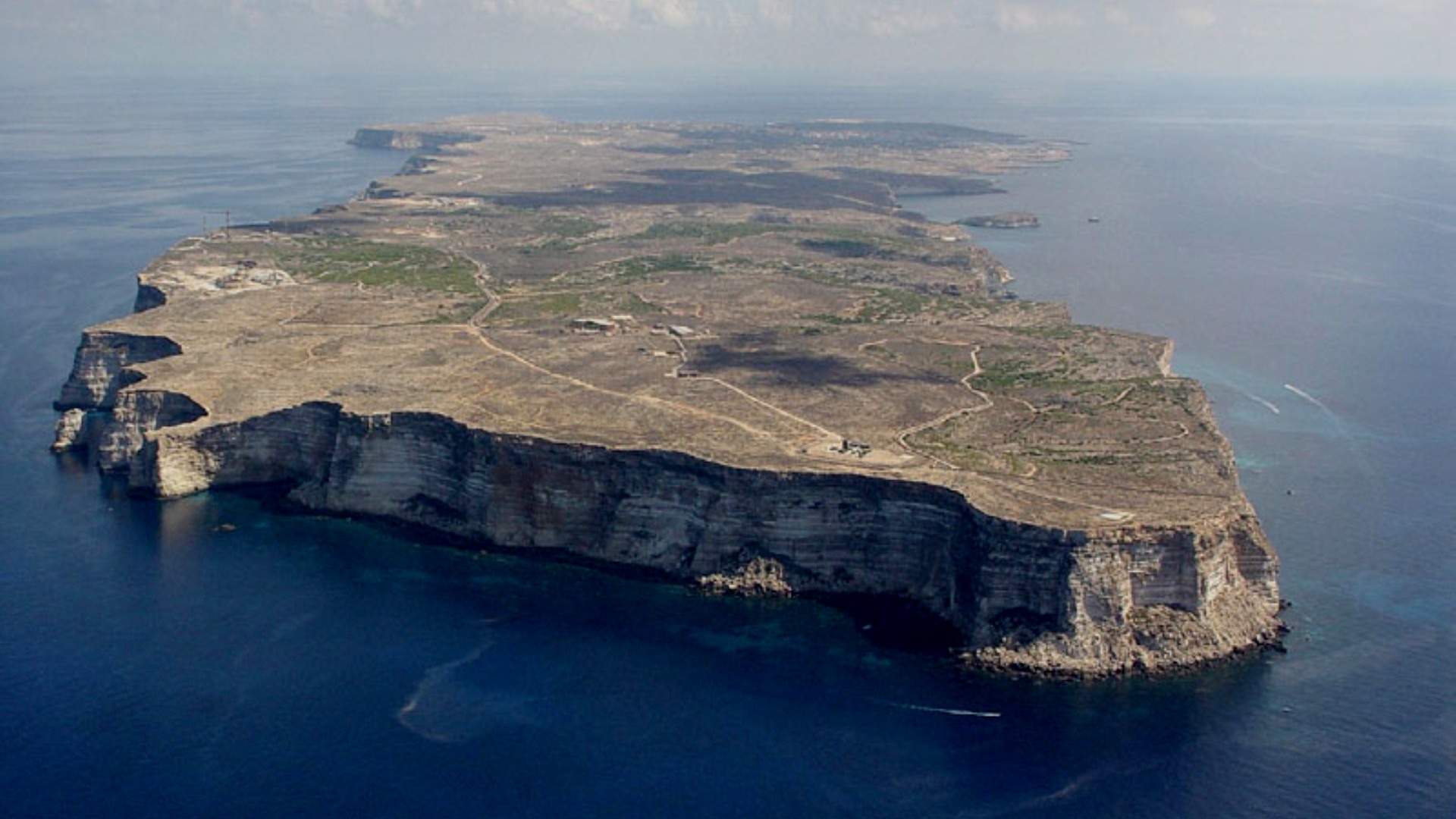 Lampedusa is an island which belongs to the Pelagie Islands, Sicily. It is the largest of the Pelagie archipelago in the Mediterranean Sea and is part of the province of Agrigento. Administratively Linosa form together with the municipality of Lampedusa and Linosa (which is the municipal office), which counts a total of 6,304 inhabitants. It is the fifth largest of the Sicilian islands, with an area of ​​20.2 km².

Etymology –
The etymology of the name “Lampedusa” has several schools of thought. Authors who visited it in XVIIII century and who described various assumptions made, more or less well-founded. Some of them attributed the name of Lampedusa to the flashing of the incredible “flashes” they observed.The fact that the name is taken, mangled and modified depending of the century and the prevailing language of the era. Scylax, geographer, cartographer and navigator Greek, however, was the first to call λαμπάς, in a famous circumnavigation of the Mediterranean dated between the fourth and third centuries a.c., perhaps copied for its African side, by another author, Hanno the Carthaginian navigator. Some authors have attributed this name, used by Scylax to lamps, others by a rocky greek word, others by the end of the rock, the other name of an abundant fish in these waters λεπάδες, but the etymology is most likely, it is about another recent author in order of time, Stefano Sommier, that derives from the greek name of limpets or oysters, λεπάς -άδος here are / were plentiful. It seems to have been a Greek coin found in Lampedusa, with a double effigy, Jupiter on one side and on the other the representation of a fish and a written ΛΟΠΑΔΟΥΣΣΑΙΩΝ. What is definitely ascertained is that the name Lampedusa derives from the Greek language and it has many ancient origins. However, as certain documents, in antiquity his name was Lopadusa (Λοπαδοῦσσα in greek).
Geographical Features –
The island has an elongated shape and extent from O to E, 10.8 kilometers, while at its widest point, from N to S, measuring 3.6 kilometers, by one perimetric extension of 33.3 km. Geologically is a Horst and belongs to Africa; as Pantelleria is closer to the Tunisian coast, distando from these 113 km (150 km from Malta), than to the Sicilian ones, which separate it 205 km; the maximum depth of the arm of the sea between Lampedusa and Africa is 120 m. The highest point of the island is Tree Sun, at 133 m above sea level. Lampedusa is also the southernmost town of Italy: it is located at latitude 35 ° 30 ‘N, to the south of Tunis and Algiers.
Lampedusa and Lampione are part of the African continental plate, and they raised two million years ago, while Linosa is of volcanic origin.
The Lampedusa geological origin dates back to the Tortonian, the Tertiary period at the end of the Miocene. This was an era of recovery and explosion of life. The paper (official) of Lampedusa geological was written by Mario Grasso and H. Martyn Pedley (1988). The island is a Horst and consists of limestones of the platform and the bottom of the sea (coral reef Tortonian of Mob layers Pisana). The type of Lampedusa soil is mainly characterized by the presence of two types of rock: limestone (calcium carbonate) and dolomite (calcium and magnesium carbonate). However, the chalky soil is uneven: in some places looks crumbly, in other compact and mixed with silica rock (calscisto) so as to require the use of explosives for the excavation. There are significant layers of sandstone hardness lower than that of lime stone, exposed to atmospheric agents, it becomes porous and easy to flaking.

Historical notes –
Considering that ė island was certainly inhabited by the Phoenicians, and before that from other populations, it is clear that Lampedusa has a history that is lost in the mists of time, mostly forgotten and distorted over the centuries by men who inhabited the year and it told.
In Lampedusa time has in fact been a resting place for Phoenicians, Greeks, Romans and Arabs who even had a permanent colony on the island, with a governor. The Romans exploited Lampedusa instead to plant a factory for fish processing and for the production of garum, a popular fish sauce in imperial times. But they were the Arabs to leave more footprints on this island because they used it as a landing during their pirate raids, long after the official expulsion from Sicily.Then, for a long time, the island remained quiet waiting for new inhabitants. In 1630 Giulio Tomasi, Prince of Lampedusa and Linosa, an ancestor of the author of “The Leopard”, was awarded by the King of Spain of this noble title. In 1760 it was colonized by six French followed, after sixteen years, by a Maltese family. Later it was a succession of small groups of farmers now led by Maltese now by English. The Russians, with Prince Grigori Alexandrovich Potemkin tried to buy the island insediarvi a colony of subjects of the Empress. A century later, the Tomasi family asked the Bourbons adequate funding to carry on the islands of the works needed restocking. In 800 the Tomasi gave the Pelagie to Ferdinand II of Bourbon. The king did not make a rash purchase and succeeded in making the archipelago insediandovi about 150 inhabitants of Pantelleria active and productive who used even the dammusi, typical buildings of their island Lampedusa. In 1861, the islanders became servants of the Kingdom of Italy who established there in 1872 a penal colony, then suppressed in the next century.

Shares of Environmental Protection –
The presence of the Reserve and by the SIC and ZPS areas, makes us understand what the strategic importance of this island towards the dynamics of flora and fauna of the Mediterranean area.I personally drafted in past years the Study Agricultural Forestry of the City of Lampedusa and Linosa and since that study had shown a fragile ecology of the whole island from the point of view of flora and fauna. Surely the presence of immigrants (with all humanitarian and military contingents involved) and tourists in the summer put a strain on the already delicate ecological structure of Lampedusa Island. Lampedusa, Linosa such, plays a strategic role as a staging area for thousands of migratory birds during the crossing of the Mediterranean. The recovery of energy from these birds is possible only if the island remains the presence of semi-natural environments and diverse and species-rich. It is therefore appropriate for the adoption of a real “Regulator Ecological” plan that links protected areas, agricultural areas and marine areas with osmosis processes and protection of reciprocal balances and dynamics. As Linosa, Lampedusa lends itself very well to promote research activities for the promotion of agricultural models totally guarantors ecosystem and habitats that are home to species of flora and fauna of great value. It would be a laboratory that promotes a new agricultural model where small business within the cells are returned to all those crops and / or techniques now almost forgotten or otherwise marginalized.