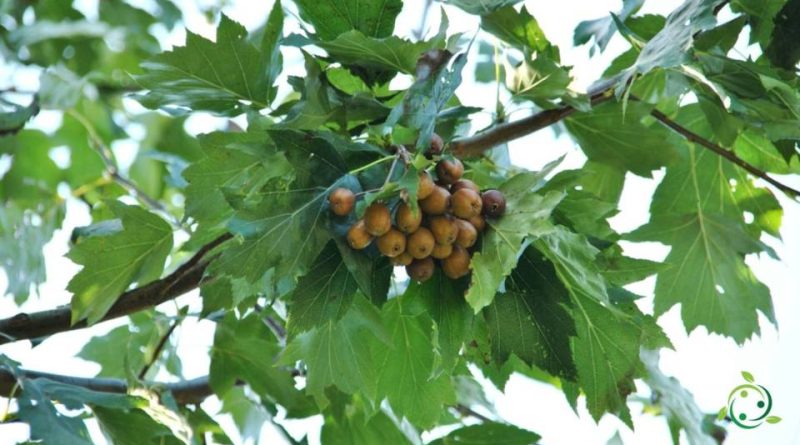 The wild service tree or rowan (Sorbus torminalis (L.) Crantz) is a tree of the Rosaceae family native to the temperate areas of Europe, western Asia and North Africa.

Suitable breeding habitat –
The wild service tree is a species native to southern Europe and present in most of Europe: Denmark, Italy, England, Wales, Poland; it is also present in Asia Minor, the Caucasus and North-West Africa.
In Italy it is present in all regions except in the Aosta Valley.
Its habitat is from sea level to the mountain belt (up to 1,700 m), where it forms mixed forests of heliophilous broad-leaved trees.

Propagation –
Sorbus torminalis is a moderately cold-hardy tree that tolerates temperatures down to around -20 ° C when dormant, while in spring new vegetation can be damaged at -5 ° C.
It is a plant that grows best in areas with hot summers with an optimal annual average temperature between 10 – 17 ° C. It tolerates a minimum annual rainfall of about 500 mm, while the optimum is between 700 – 1,500 mm.
It prefers an open and sunny position, even if it tolerates moderate shade (but it bears less fruit).
This plant grows best on warm, dry limestone soils, also doing well on clay or clay soils. It can grow in most soils as long as it is well drained and not too poor or acidic. Plants can tolerate a pH range of 3.5 to 8.
It is a moderately fast growing tree; it begins to bear fruit around 15 – 20 years and usually lives for 100 – 200 years, even if trees of 300 – 400 years are known.
Propagation can occur by seed; the seed should be sown as soon as it is ripe in a cold environment. If you have enough seeds, you can sow them in an outdoor seedbed.
The stored seeds germinate better if administered for 2 weeks in the heat and then for 14 – 16 weeks with cold stratification; after which they should be sown as early as possible during the year.
The young seedlings should then be kept, preferably, in pots for the first winter of growth.
The transplant must then be carried out in late spring.

Ecology –
Sorbus torminalis is a plant that naturally grows in woods, mainly oak but also chestnut, hornbeam and Pinus nigra, from the plain up to 1,700 meters.
It is normally found on loamy-clay soils, from neutral to subacid, humiferous, with optimum in the sub-Mediterranean belt. The fruits, with an acid taste (they contain organic acids and malic acid in particular) and astringent, were once used for the treatment of colic.
The fruits are edible especially after frosts and were already used by the Romans against intestinal disorders, hence the specific name (the term ‘tormina’ in Latin indicates colic).
The wood, of excellent quality, is well workable and polishable, sought after for the manufacture of musical instruments. It can live up to 100 years but can exceed them abundantly.