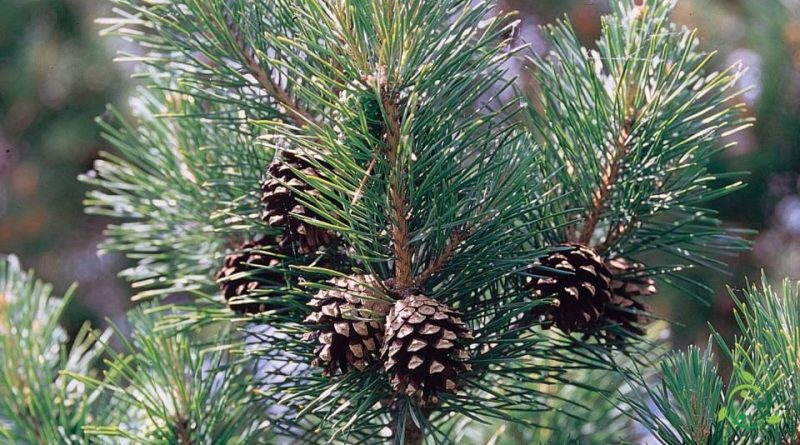 The Scots pine or Scotch pine (Pinus sylvestris L., 1753) is an evergreen tree of the Pinaceae family.

Suitable breeding habitat –
The Scots pine is a plant native to central northern Europe and north eastern Asia; its range is very vast, even if it has been reduced in recent times, and goes from the old continent to Asia.
This plant is native to the Alps and the northern Apennines; spontaneous in pure or mixed woods, or cultivated.
This conifer prefers soft and airy soils of the northern temperate zone. However, there are also other species of Pinus sylvestris on the northern fringes of the tropics. Widespread species in various areas of central-northern Italy. Also used in parks and gardens. It is widespread in the Alps, as well as in central and northern Europe. In Italy it usually grows at altitudes between 400 and 1400 meters (although sporadically it can go up to 1800-1900 m), and in Piedmont, Lombardy and Emilia it is also present at relatively low altitudes (hills of Basso Monferrato and Novarese in populations residue, Langhe; high dry plain between Ticino and Adda, in particular in the Ticino Park, Groane Park, the Pineta di Appiano Gentile and Tradate park and the Brughiera Briantea park, Emilian Apennines between 300 and 800 m) . Present in Tuscany and Emilia-Romagna in the mountains of the Tuscan-Romagnolo Apennines and also in hilly altitudes. It forms both pure and mixed woods, usually with spruce or silver fir. In the plains it forms pure or mixed woods with birch, aspen or English oak.

Propagation –
Pinus sylvestris is a very cold resistant plant, able to tolerate temperatures down to about -40 ° C when completely dormant.
It grows best in a sunny location, but the plants tolerate shade enough.
From the pedological point of view it must be implanted in slightly acid soils, as it undergoes chlorosis at a pH higher than 6.5.
It is a fairly long-lived plant, up to 200 years or more and is fast growing.
Cones take two growing seasons to mature.
They open and shed their seed while still attached to the tree.
The plant propagates by seed which is best sown in single pots in an unheated seedbed as soon as it is ripe if this is possible otherwise at the end of winter. A short stratification of 6 weeks at 4 ° C can improve the germination of stored seeds.
The transplant must be carried out as soon as possible to prevent the root system from not supporting the transplant phase.
Trees should be planted in their permanent positions when they are small enough, between 30 and 90 cm, in fact it is recommended to do this when they are about 5 – 10 cm tall.
Furthermore, after transplanting it is advisable to distribute a vegetable mulch both to protect the young seedlings from the cold and to avoid the growth of weeds.
It can also be propagated by cuttings but this is only possible if these are taken from very young trees under the age of 10 years. Single leaf fascicles with a short shoot base should be used. However, the cuttings are usually slow to grow.

Ecology –
Pinus sylvestris is a typically continental plant, heliophilous, xerophilous, microthermal; it prefers calcareous, volcanic soils, but also tolerates clayey soils.
Withstands the cold. It forms both pure and mixed woods; mostly mountainous habitat from 500 to 1800 m of altitude.
It is a colonizing plant with few demands on the soil and the need for water. (microtherm) and dry; it is distinctly a heliophilic plant.
It is an arboreal species of primary importance in the forestry and silvicultural sector.