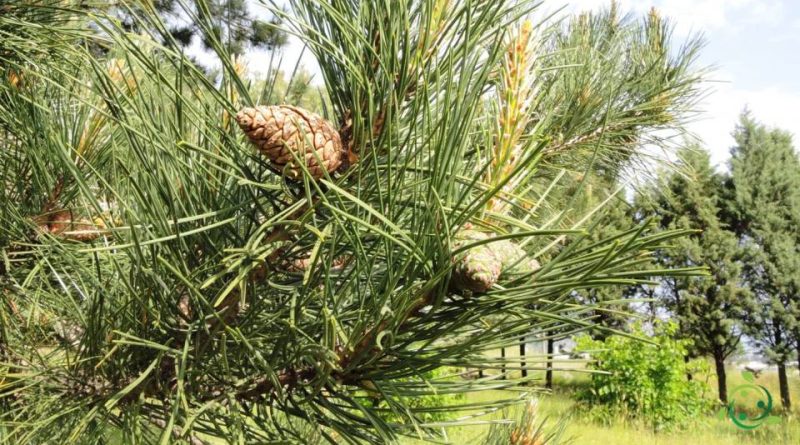 Reproduction of the Austrian pine

The Austrian pine or Black pine (Pinus nigra J.F. Arnold, 1785) is an arboreal conifer of the Pinaceae family present exclusively in the Mediterranean mountainous regions.

Suitable breeding habitat –
The Austrian pine has an extremely fragmented distribution range as it is a pioneer relict species.
This species is widespread in Southern Europe and Asia Minor. It is a very variable species and at least five subspecies are recognized, including the nigra (Austria and north-central Italy) and laricio (Corsica, Calabria and Sicily).
The range is typically Mediterranean gold, with a distribution ranging from North Africa to Anatolia. This plant is widespread from Spain to the Crimea; it is also found in Asia Minor (Cyprus, Anatolia) and in the mountains of North Africa. A conifer used as an ornamental in gardens, it then naturalized in some areas of North America. It is present in Italy and is very common from North to South and grows both at low altitudes up to high altitudes (in the North).
In Italy it tends to create more or less pure woods but is also associated with other trees such as the Scots pine, the mountain pine, the maritime pine, the red and white fir.
Its typical habitat is that of coniferous forests, sometimes in pure populations, and also present in more open places on the moors, which grows from the coast to the mountainous areas, often on calcareous soils; at altitudes between 100 and 2,000 meters.

Propagation –
Pinus nigra, with its subspecies, is a moderately cold-resistant plant, able to tolerate temperatures down to about -20 ° C when completely dormant.
It is a plant that requires a sunny position to develop well and preferably sandy, light and well-drained soils.
Furthermore, this species is more tolerant to air pollution than any other pine species and tolerates marine exposure, especially the laricio subspecies.
It is a fast growing plant when young and is mainly propagated by seed.
When sowing it is advisable to carry out this operation in single pots in a cold seedbed as soon as the seed is ripe, if this is possible, otherwise at the end of winter. A short stratification of 6 weeks at 4 ° C can improve the germination of stored seeds.
The transplant must be carried out as soon as possible as the more the seedlings grow and the more the root system is formed, the more difficult it is for the plants to take root.
After transplanting it is recommended to carry out a vegetable fertilization that protects the young plants for the first winters and prevents the growth of weeds.
Another propagation system can be by cuttings.
This method only works if the cuttings are taken from very young trees under the age of 10. In this case it is necessary to use single leaf fascicles with the base of the short shoot. The cuttings, however, are usually slow to grow.

Ecology –
Austrian pine is a moderately thermophilic species, it also resists frost and snow well. It is found, depending on the latitude, from the plain to 2000 m of altitude, but usually prefers a height of 200-1500 m. It is not too demanding in terms of soil, but it does not adapt well to heavy and clayey ones, especially if they are damp, suffering from root rot and consequent stunted growth. On the other hand, it loves rocky soils with few water stagnations and also thrives well in calcareous soils, showing however a greater annual growth in siliceous soils.
In nature it tends to grow in pure stands or more rarely in association with other pines such as P. sylvestris or P. uncinata.
This species is not considered an endangered species although some of its sub-Mediterranean endemic populations constitute a priority habitat according to the Natura 2000 Directive (Habitat Directive No. 92/43 / EEC, 21 May 1992).
In the past, extensive plantations were often built in Europe in the past two centuries using material of unknown and / or very distant origin, for which no historical traces currently exist. This has probably caused a large mix of local and exotic gene pools throughout the black pine’s distribution range.
However, in areas where Pinus nigra is widespread and very important in forestry, factors such as fires and illegal logging cause serious damage. When they occur in areas with small isolated populations the greatest risk comes from any factor that could cause local extinction, either through illegal logging and fires or through hybridization (genetic pollution) with planted Pinus nigra belonging to other subspecies .