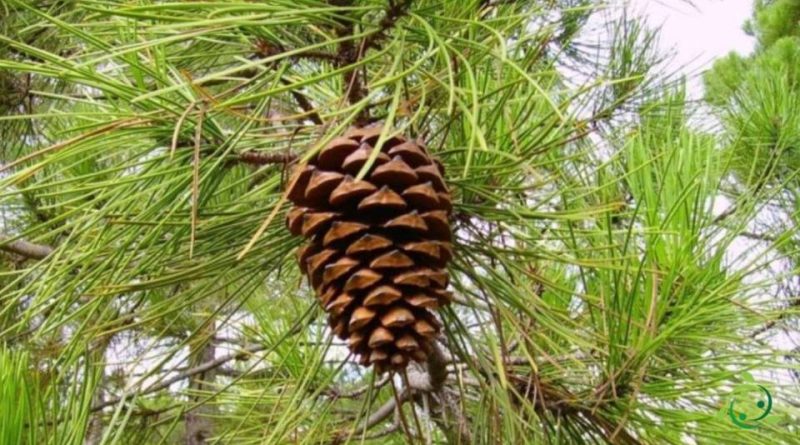 Reproduction of the maritime pine

The maritime pine or cluster pine (Pinus pinaster Aiton, 1789) is an evergreen conifer of the Pinaceae family and native to an area ranging from the coasts of the Mediterranean to the Atlantic.

Suitable breeding habitat –
The maritime pine tends to form woods on the sandy coasts of the western Mediterranean (Mediterranean-Atlantic), with a greater concentration in the Iberian Peninsula including the Portuguese coast and along the southwestern coast of France; this plant is sensitive to frost and lives well where the winter temperature does not differ much from 6 ° C; it has however spread with artificial plants on the coastal dunes beyond its range of origin; it can form mixed woods with Pinus sylvestris, Quercus ilex or even with Pinus nigra; it has less need for climatic mildness and deep and humid soils compared to Pinus pinea.
Its habitat is on siliceous soils even with an acid reaction even if it also adapts to sub-alkaline or alkaline soils (reliefs of the Tuscan-Emilian Apennines).
In Italy the species is doubtful indigenous and is therefore considered cryptogenic; its range includes the peninsular belt up to Tuscany and the island of Pantelleria; although in many environments it appears spontaneous, it was introduced in many places by man in historical age. It is also found in Liguria and Sardinia. It prefers hill stations or even low mountain stations over plains.
The plant has been included in the list of 100 of the most harmful invasive alien species in the world.

Propagation –
Pinus pinaster, as mentioned, is not a very cold resistant plant, being able to tolerate short periods with temperatures down to about -10 ° C but when it is completely dormant.
This plant requires a sunny location to grow well and needs light, well-drained loose or gravelly soils.
It is a plant that tolerates maritime exposure.
It has a very rapid growth, especially when young.
Remember that foliar secretions inhibit seed germination, thus reducing the amount of plants that can grow under trees.
Propagation occurs by seed. Sowing should be done in single pots in an unheated environment as soon as the seeds ripen if this is possible otherwise at the end of winter. A short stratification of 6 weeks at 4 ° C can improve the germination of stored seeds.
Young seedlings should be transplanted as soon as possible as larger plants, due to their root system which tends to break during planting, have greater difficulty in taking root.
Trees should be planted in their permanent positions when they are small enough, between 30 and 90cm, however transplant when they are around 5 – 10cm tall.
In these conditions, however, it is advisable to mulch the planting soil to protect the young seedlings from frost and avoid the growth of weeds.
Propagation can be done through cuttings. This method only works if these are taken from very young trees less than 10 years old. Single leaf fascicles with a short shoot base should be used. However, the cuttings are usually slow to grow.

Ecology –
The Pinus pinaster is a tree with a roughly pyramidal crown in young specimens, irregularly umbrella-shaped and much less expanded than that of the stone pine, in adult ones (very rare in Italy because it was decimated by fires and diseases).
The species is widespread in the western Mediterranean region; very frugal, it adapts to any type of terrain, it is heliophilic but requires a slightly oceanic climate, which ensures a moderate level of humidity in the air: therefore, it proves to be the least “maritime” of all Mediterranean pines. The possession of seeds that can easily germinate (the germination can also be preserved for five years) and of frugal and very heliophilous seedlings, means that Pinus pinaster has remarkable pioneering qualities.
The species once constituted very dense pine forests in Liguria and Tuscany; today many consortia evolve towards a mixed wood of thermophilic essences, thanks to a real falcidie operated by a cochineal, the Matsucoccus feytaudi, an exclusive parasite of the Pinus pinaster. In any case, as you descend to southern latitudes, Pinus pinaster becomes more and more sporadic, being replaced by that of Aleppo when the climate becomes decidedly arid and hot.
If no fires are started, the holm oak, over time, takes over and the pine forest disappears. With the passage of fire, however, the environment suddenly becomes very bright and suitable for hosting numerous pine seedlings, ready to develop quickly and generate very dense secondary pine forests. If it passes the fire again before the young pines have been able to develop the pine cones, a garrigue tends to form which evolves extremely slowly; otherwise thickened pine forests develop on which the cochineal of Pinus pinaster acts causing great deaths.