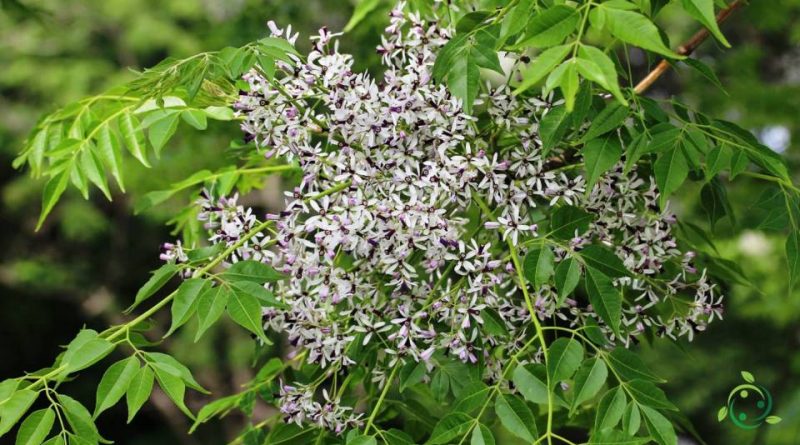 How the Chinaberry tree is grown

The Chinaberry tree (Melia azedarach L., 1753) is a deciduous tree of the Meliaceae family, native to India, southern China and Australia that has been introduced in many other countries, including the ‘Italy.
Its reproductive structures are bisexual and blue-violet flowers which appear at the end of spring in large corimbiform terminal panicles (up to 20 cm long). The fruits are spherical drupes (about 1 cm in diameter), ocher in color when ripe and with a woody and very hard endocarp.

Cultivation –
The Chinaberry tree is an exotic plant that should be grown in a mild climate even if it grows and develops well even in areas with high temperatures. This plant tolerates wind, cold and minimum temperatures not below -10 ° C. it also prefers full sun exposure but does not disdain partially shaded areas even if in this condition the plant slows down its growth and struggles to bloom.
As regards the pedological aspect, it is a plant that adapts to any type of soil, from poor and clayey to medium-textured, even calcareous, even if it prefers a soft, fresh, humid and well-drained soil with a pH tending to basic. , up to values ​​of 8.5.
The Chinaberry tree should also be irrigated after planting, at least for the first 2 years of life, after which the plant should be irrigated especially in dry periods and in summer; it is a tree that does not tolerate arid land. In the autumn and winter period, the intervention should be limited only to young seedlings but in conditions of real drought.
As far as fertilization is concerned, this must be done at the plant, placing mature manure or compost or earthworm humus in the hole that is being prepared to host the young plant.
Subsequently, fertilization must be carried out, always with organic substance, at the end of winter by burying the fertilizer at the collar of the plant.
The tree reproduces by seed and by agamic way by root suckers.

Uses –
Melia azedarach is a plant that is widely used in road trees in Southern Italy. It is a plant that can show interest as an ornamental plant due to its rusticity and adaptability combined with the elegance of the leaves, flowering and long persistent fruits during the winter rest. However, its use in street furniture does not enjoy particular favor due to various defects:
– at the end of winter the fruits fall abundantly, smearing the sidewalks and making them slippery;
– the plant bears pruning badly and drives back in an uncontrolled way by emitting numerous and vigorous suckers;
– it can become invasive by spreading in the surrounding areas both through the root suckers and through the marked germinative attitude of the seeds and the vigor of the young seedlings;
– the toxicity of the berries would discourage the planting of this species in recreational areas: the imprudence and curiosity, typical of children towards berry or drupe fruits, represents a risk of occasional poisoning.
moreover it has a hard, spherical and grooved fruit stone which in the past, which before the advent of plastic materials, was widely used in the making of rosaries.
The wood, known as mindi, is characterized by a very light color, tending to white and yellowish-white, with linear veins; it can be easily cut and worked and is used for the veneer of furniture or for the creation of parquet.