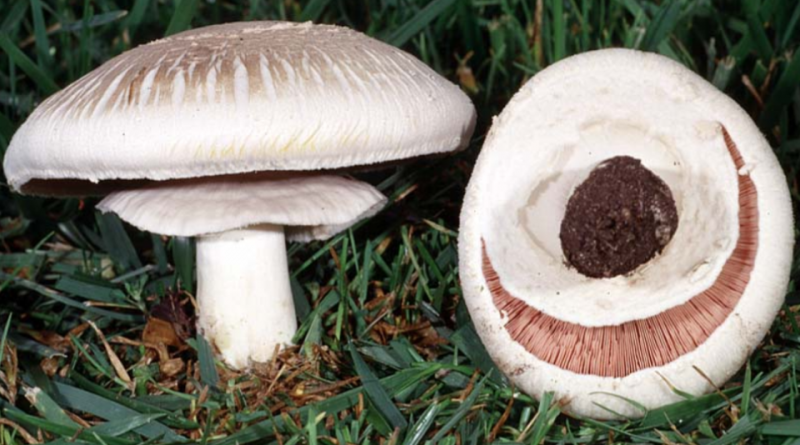 Etymology –
The term Agaricus comes from the Greek αγαρικόν agaricón agaric, (mushroom) of the Agari, because according to the Greek physician, pharmacist and botanist Dioscorides it came from Agarìa, a country of the Sarmatians.
The specific epithet xanthodermus comes from the Greek ξανϑóς xanthós yellow and from δέρμα dérma skin: from the yellow skin or cuticle.

Geographic Distribution and Habitat –
This toxic field can be found in the grassy clearings of the woods or in city parks.
Its habitat is that of a gregarious mushroom, sometimes in rows, which grows in fertilized meadows, in grassy and uncultivated places, in sparse woods (with a certain preference for broad-leaved trees), more frequent in the plains than in the mountains. 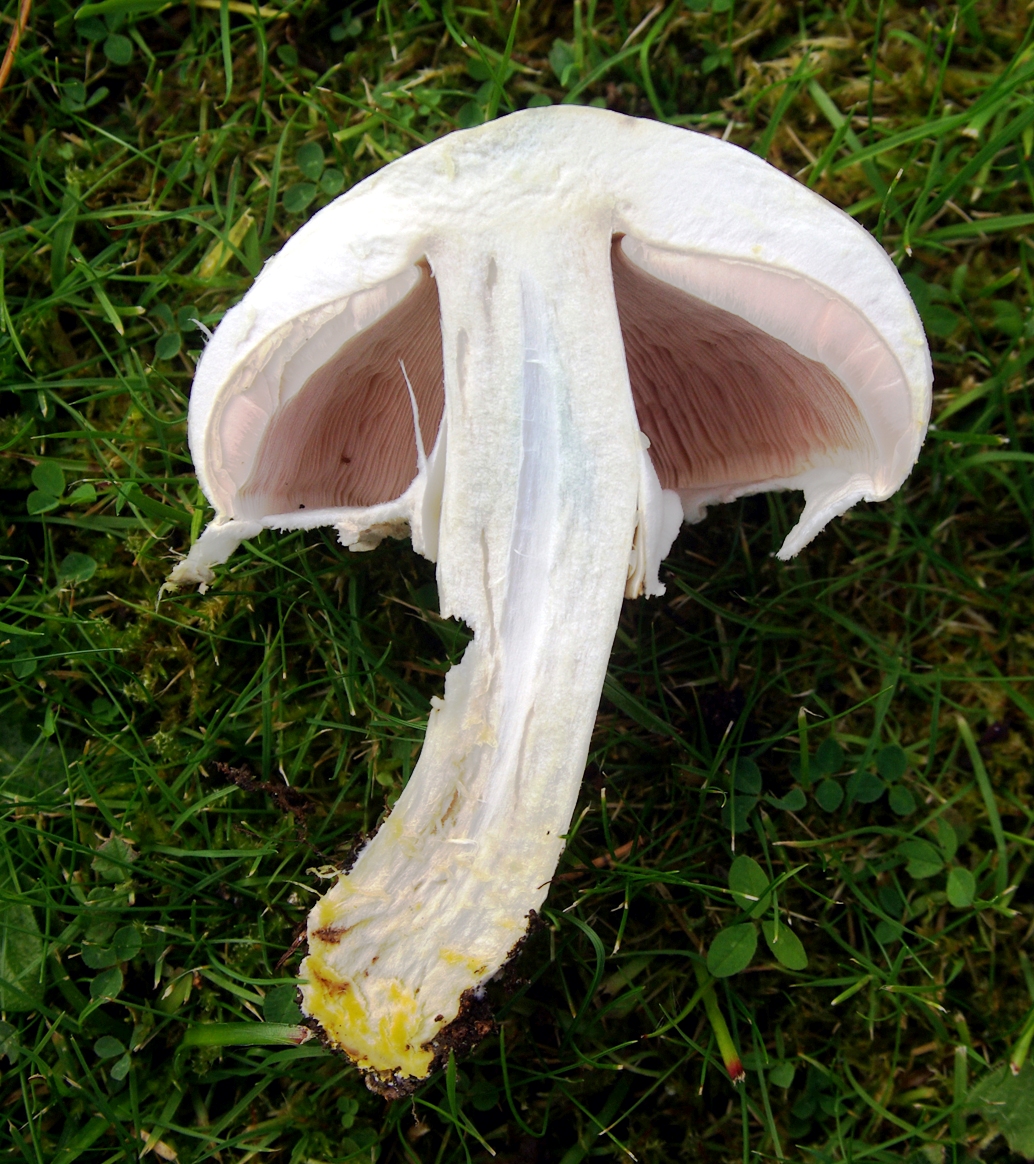 Recognition –
Agaricus xanthodermus is recognized for having a hat of 6-12 (14) cm, which in young specimens often takes on a typical trapezoidal or truncated-conical shape, then stretched-smoothed out with development; the cuticle is smooth or slightly silky, white, turning to bright yellow when rubbed or touched.
The hymenophore has narrow and dense gills, initially quite light, then gray-pink, finally brown-blackish, with a pale edge as it is sterile; the end facing the stem is rounded, so as to form a sort of collarium.
The stem measures 6-10 (12) × 1-2 cm; it is slender, often lithe, cylindrical, with a bulbous base, initially full inside, then pithy, smooth or silky on the outside, white, stained with bright yellow to the touch, especially in the basal area. Overshoot ring, very large and membranous, double due to the presence of a small bar on the lower face which, when torn, gives a “toothed wheel” appearance.
The flesh is white except on the external surface and at the base of the stem which, if scratched or cut, immediately turns to an intense yellow; also smell of phenol or ink, with unpleasant taste. Negative Shaeffer reaction.

Cultivation –
Agaricus xanthodermus, being a toxic mushroom, is not cultivated.

Customs and Traditions –
This fungus, if ingested, causes more or less pronounced gastrointestinal syndrome.
The main characteristics for its identification are the intense yellowing at the base of the stem and the strong smell of phenol or ink; therefore, when one is about to collect mushrooms of the genus Agaricus, one must not forget to check for the presence of these two characters. These two characters are even more amplified by cooking, it is therefore advisable to pay attention also in this phase. Furthermore, all the Agaricus of the Xanthodermatei group have a typical bevel-trapezoidal cap profile.
Although this mushroom can be easily identified due to its unpleasant odor and because the flesh at the base of the stem is straw yellow in color, it can be mistaken for similar species. In addition, more varieties of this Agaricus are known, differentiated mainly by the color and appearance of the surface of the cap. Agaricus xanthodermus Genevier var. griseus (Pearson) Bon et Cappelli would have a cracked greyish hat, a flocky ring on the lower face, it would grow mainly in a Mediterranean environment. Agaricus xanthodermus Genevier var. lepiotoides Maire would have the hat slit into large scales reminiscent of that of the Macrolepiota; a 2005 study (Kerrigan, R.W. & al.) conducted also taking into account the DNA evidence showed that the aforementioned varieties have no taxonomic value. Agaricus pilatianus Bohus has a sooty and scaly cap, a non-bulbous base of the stem, a more pronounced smell and yellowing. Agaricus menieri Bon, also with a non-bulbous base, is distinguished by the exclusive habitat of the coastal dunes.
Another possible fatal exchange is, at times, with deadly species of the genus Amanita.

Preparation Method –
Agaricus xanthodermus is a toxic fungus which, as mentioned, causes mild gastro-intestinal syndrome.
The toxicity of this species is not constant, as sometimes those who consume it do not accuse gastro-intestinal problems. In any case, it should never be collected or consumed.