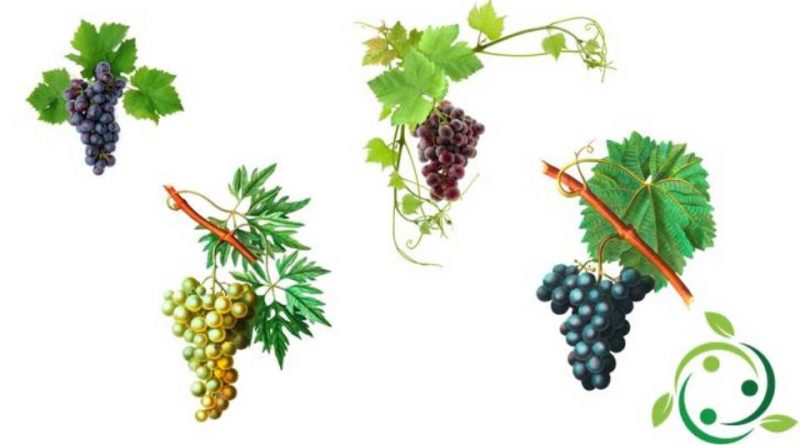 The term ampelography derives from the Greek ἂμπελος (ampelos) = grapevine + γραφὶα (handwriting) = description; in turn the name derives from that of the young satyr Ampelo loved by the god Dionysus.
Ampelography is therefore the discipline that studies, identifies and classifies the varieties of vines, based on the recognition of the morphological characteristics of the vine variety and putting it in relation to the area of ​​origin, when possible.
In ampelography, terminology and methods of use are established internationally. The descriptive ampelographic technique is flanked by morphometric and ampelometric techniques designed to measure plant organs. The measurements found are then converted into biometric indices.
In the ongoing process of ampelography science, among the Italian classification systems are those of Giuseppe di Rovasenda and G. Molon.
We can therefore distinguish a traditional ampelography, which is based on the morphological diversity between the different varieties, and a molecular ampelography, based on DNA studies.
Historically, the first ampelographers were Pliny the Elder, who reported the first descriptions in the botanical section of his monumental treatise “Naturalis Historia” published in 77 AD, and his contemporary Lucio Giunio Moderato Columella in his De Re Rustica, whose original sources unfortunately they have been lost, and therefore we refer to posthumous transcriptions.
This leads to the 1500s with the Lombard agronomist, Agostino Gallo, who deals with grapes and the fermentation processes for their transformation into wine, and to the 1700s when, finally, the first true ampelographic treatise written by Abbot François Rozier appears , and which is found in the “Vin” entry of its monumental agricultural dictionary.
Subsequently, between 1800 and 1900, the invasion of the phylloxera forced the almost total replanting of European vineyards, until then on a free foot, that is, originating from the variety and attacked by the insect, using rootstocks obtained from hybrid vines from crosses. between European and American screws, resistant to these attacks.
The study aimed at finding hybrid vines suitable for the soils of the different regions of European viticulture, which are suitable for the specific vines of that region, whose development they favor without alternating their organoleptic qualities, requires an immense work that is at the basis of ampelography modern.
The essay “Universal Ampelography” by Giuseppe Di Rovasenda dates back to 1877 and he collaborated in the drafting of Victor Pulliat’s work “Le Vignoble”.

Ampelographic science is closely related to the existence of a multiplicity of vines. This multiplicity derives from the phenomenon of genetic variability, the mechanism by which slightly different organisms are born from each cross by both parents, whose characters recombine variously.
In addition to the variability at the crossroads, new vines can derive from bud mutations, which occur, that is, independently of a process of coupling male and female reproductive elements.
Once a new grape variety has been obtained, as with any new fruit plant, it must be propagated via the “agamic” route, ie by grafting, to avoid recombination due to the gamic process.
The conservation and reproduction processes of these genetic typologies ended up creating an innumerable ampelography base.
In traditional ampelography, the analysis is based on the study of the most important organs of the vine, namely: shoots, leaves, fruit and pips; less important are branches, trunk, roots and flowers. For each grape variety, cards are created which list the ampelographic descriptors. The various organs of the plant are described through the different growth stages by means of standard descriptors. In particular:
The leaves (vine leaves) are simple and made up of a variable number of more or less deep main lobes, on a basic heart shape. The leaves are a very important character for the recognition of the vines (Ampelography) within the species to which the European cultivated vine belongs (Vitis vinifera sativa).
The fruits are berries (berries) of variable shape and color: yellow, purple or bluish, grouped in clusters. They have an often pruinose exocarp (peel), a mesocarp with cells full of juice from which the must (pulp) is obtained and an endocarp formed by a layer of cells that delimits the loggias containing the seeds (grape seeds).
The terminology and methods of use are established internationally by bodies such as the OIV (Organization Internationale de la Vigne et du Vin). The total number of descriptors for the vine exceeds 140, we have limited ourselves to those of more immediate understanding and refer to the OIV website for a complete discussion.
Over the years, traditional Ampelography has proven its limits. In fact, the characteristics of the plants are strongly influenced by the environment and by their nutritional and health status. In addition, the grape varieties present in the world are several thousand, which makes identification by means of morphological characteristics extremely difficult.
This is the way, especially in recent times, to molecular ampelography.
In this discipline, the new varietal identification methods for vines are based on DNA analysis. In fact, all the characteristics of the vine including those described in the scope of Ampelography have the same genetic basis and therefore, since the DNA is the same in all the cells that make up the plant, the genetic material useful for identification can be taken indistinctly from leaves , roots, branches, etc …
Varietal identification is based on the recognition of particular markers (i.e. portions of the DNA molecule).