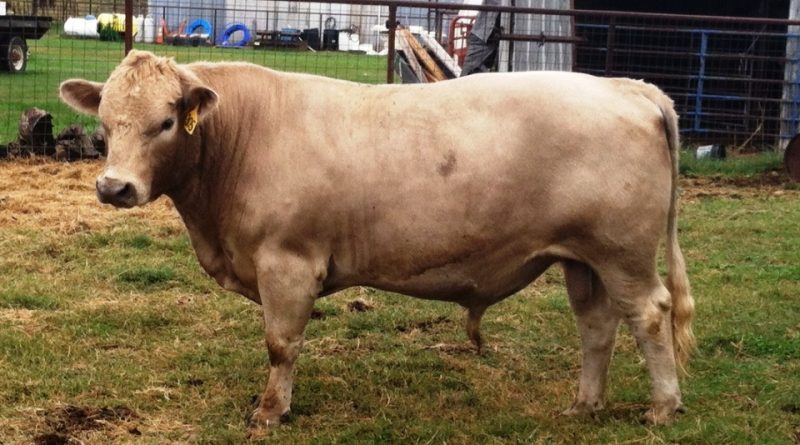 Murray Gray is a bovine breed (Bos taurus Linnaeus, 1758) developed in the Murray River valley, on the border between New South Wales and the State of Victoria, Australia, with an aptitude for meat production.

Geographical and Area Distribution –
Murray Gray is an Australian beef cattle breed that has been selected in the Murray River valley, on the border between New South Wales and the State of Victoria, which is bred with good versatility in these environments and is currently present also in the USA, Canada, New Zealand, the United Kingdom and New Zealand.
Murray Gray is the third most common breed in Australia and, due to their characteristics of marbled meat and superior carcass, they are in great demand for meat exports to Asian countries.

Origins and History –
Murray Gray is a breed selected in Australia by Angus and Shorthorn breeders.
This breed was developed from an initial random mating of an Aberdeen Angus black bull and a Shorthorn cow in 1905 during the Federation drought. The 13 gray-gray calves that arose from these mating were kept as curiosities and then bred on the Thologolong estate along the Murray River in New South Wales by Peter and Ena Sutherland.
The first large-scale commercial herds were established in the 1940s. In the 1960s, several breeders sold them and the Murray Gray Beef Cattle Society was designed and established to register livestock and administer the breed.
Murray Gray’s records are located in Canada, New Zealand, the United Kingdom and the United States. In New Zealand, the Murray Gray have been favored for their resistance to facial eczema, which is a problem found for other cattle breeds.
It should also be remembered that in 1963 negotiations were initiated to ensure that somewhat similar Tasmania Gray cattle were accepted into Murray Gray, but the two organizations did not join until 1981.
Nowadays, cattle farmers in the northern and western regions of Australia are increasingly using the Murray Gray genetic basis to cross Bos indicus cattle, in order to improve their fertility, temperament and carcass quality.
In addition, Murray Gray’s cattle, embryos and semen were exported to Canada, New Zealand, South America, the United Kingdom and the United States. Murray Gray cattle have also been accepted in the South African Livestock Improvement books. In Paraguay, this breed has been used in cross breeding programs involving Zebu and Charolais cattle.
The reason was that Zebu and Charolais cattle lacked the characteristics related to dark skin and the genetic traits related to early maturation typical of the Murray Gray breed. This crossbreeding program has improved fertility, ease of delivery and weight gains of the offspring produced in these countries.

Morphology –
Murray Gray is a breed that has a coat of color ranging from very light silver to chocolate or dark gray; some animals are even black, but most are silvery in color.
They have a moderate size, healthy structure and good walking ability. Murray Gray bulls usually weigh from 817 to 1,135 kg, while cows normally weigh 500–700 kg.
The skin of this breed has a dark pigmentation, which helps prevent eye cancer, photosensitivity reactions and sunburnt breasts.
The horns are absent and the muzzle is grayish pigmented.

Productive attitude –
Murray Gray is a breed with a prevalent aptitude for meat production.
These are animals that adapt to different environmental conditions, both in cold and hot climates.
It is also a breed known worldwide for the economically important characteristics of ease of calving, feeding efficiency and carcass quality. Traditional butchers prefer Murray Gray beef as you can rely on its quality and tenderness which remain constant.
Murray Gray produces marbled meat carcasses with fat distribution of the preferred type in Japan and other Asian markets.
From an environmental point of view, the Murray Gray breed is characterized by animals that adapt to many environments without consuming large quantities of forage.
Murray Gray calves are small when they are born and ready to stand up. Calves grow rapidly and are adaptable to most climates. Cows are producers of nutritious milk with good breast conformation. In addition, cows are protective for young calves.