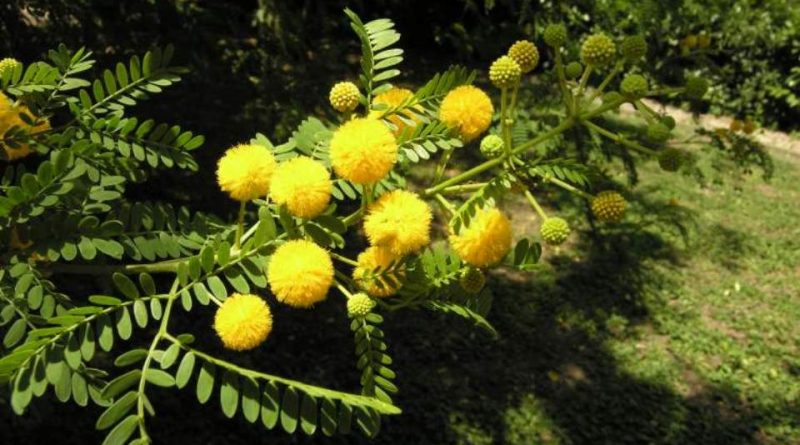 The Sweet acacia (Acacia farnesiana (L.) Willd, 1806) is a species with a shrubby bearing belonging to the Mimosaceae family.

Etymology –
The term Acacia comes from the Greek name ακακια acacía (doubling of ακέ ακις acé acís needle, tip, thorn) with which Theophrastus and Dioscorides indicated a species of Egyptian Acacia.
The specific Farnese epithet was given in honor of the Farnese, an Italian ducal family originally from Upper Lazio who had Alexander among his exponents, who became pope with the name of Paul III.

Geographical Distribution and Habitat –
Sweet acacia is a plant native to the tropical areas of Central America and was introduced and naturalized in many countries in the tropical and subtropical area of ​​Africa, Asia and Australia. In Europe its presence, as a naturalized species, is reported in Spain, France and Italy (including Sicily).
This plant was introduced in Italy around 1611, and flourished for the first time in the Farnesian Gardens, from which it took its specific name.
Its habitat is that of very sunny locations, on soils of any type, including the poorest and most sandy ones, without pH preferences but without water stagnation. 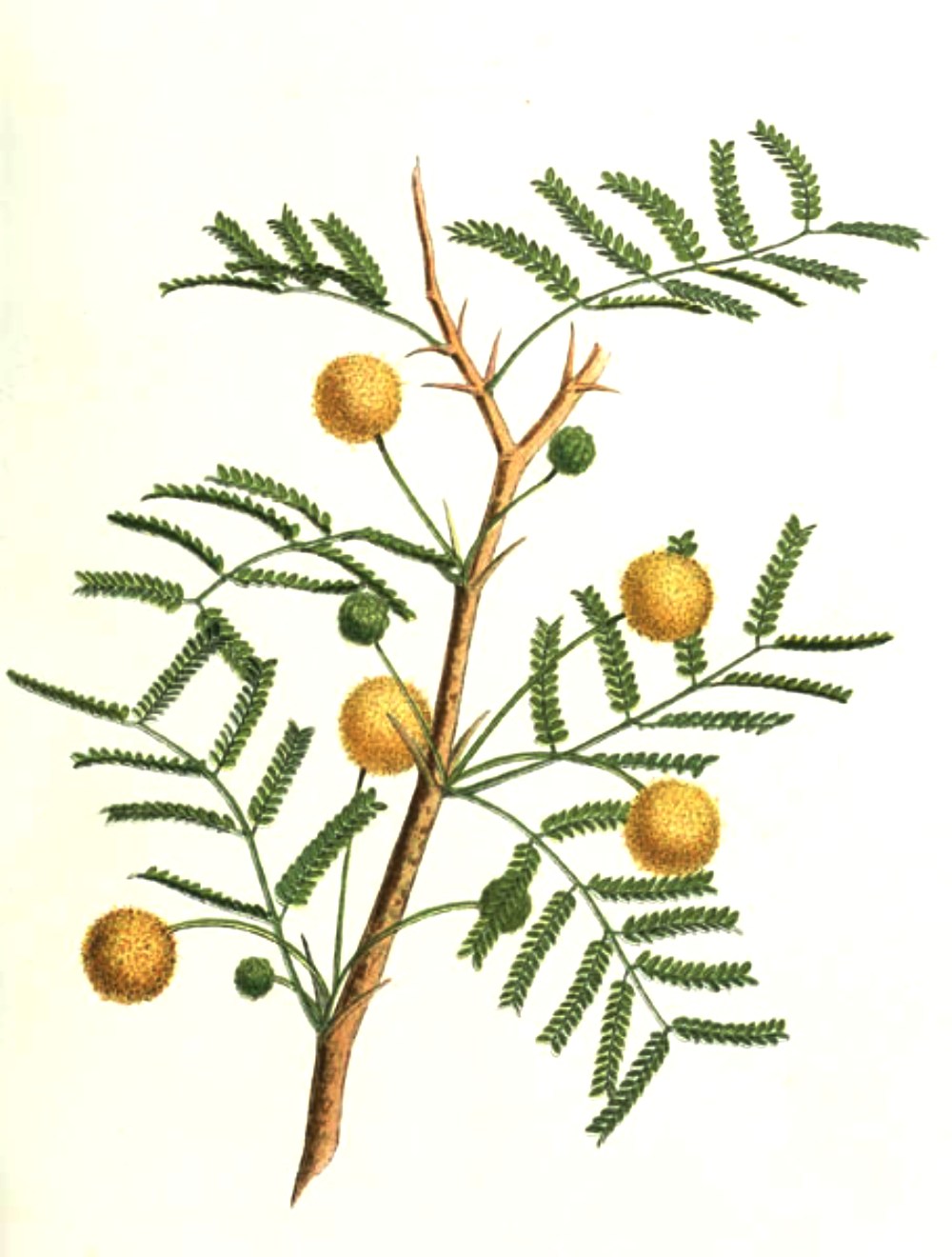 Description –
Acacia farnesiana is a deciduous shrub species with a stem that can reach 6-7 meters, and with a diameter of 20 cm.
The branches are hanging and the bipinnate leaves, provided with spiny stipules, 1,5 to 5 cm long, formed by 4-10 pairs of fins composed of numerous small leaflets, 2–4 mm long.
The inflorescences are globose, golden-yellow in color, solitary or in small groups, gathered at the axil of the leaves, very fragrant.
The fruit is a roughly cylindrical legume, which contains 2 to 10 seeds, covered with a brown colored integument.

Cultivation –
Sweet acacia is a plant that is mainly bred for ornamental purposes, although it can have uses of ecological utility and for the production of essences for perfumes.
It can be reproduced from seed, which is better to moisten in advance, and is rapidly growing.
It adapts easily to any type of soil with variable reaction but shines too compact, asphyxiated and poorly drained soils.

Uses and Traditions –
Acacia farnesiana, a species native to the tropical area of ​​the New World, has naturalized in many parts of the world and in Europe.
Among the peculiarities of this plant, it should be remembered that the foliage is a significant source of fodder in most of its range, with a high protein content.
Furthermore, being a legume, it can be inserted with care to improve the contribution of nitrogen in some soils.
From flowers, through a distillation process, a perfume called Cassie is produced which is widely used in the perfume industry in Europe.
In cosmetics, Acacia flowers are used in emollient baths, especially for dry skin.
From this plant, through the exudates of its sap, a gum can be obtained with uses similar to that of other acacias.
The plant is endowed, if ingested, with a certain degree of toxicity, and vomiting and diarrheal phenomena can occur at high dosages.
This plant, as mentioned, is used for ornamental purposes for its beautiful and fragrant spring bloom, with single, spherical flowers that form in the axil of the leaves.

Preparation method –
The Sweet acacia is a plant that, in addition to the extraction of essences for perfumery and cosmetics, has no particular food or pharmaceutical uses while it could if, properly evaluated, play interesting ecological roles in particular ecosystems.