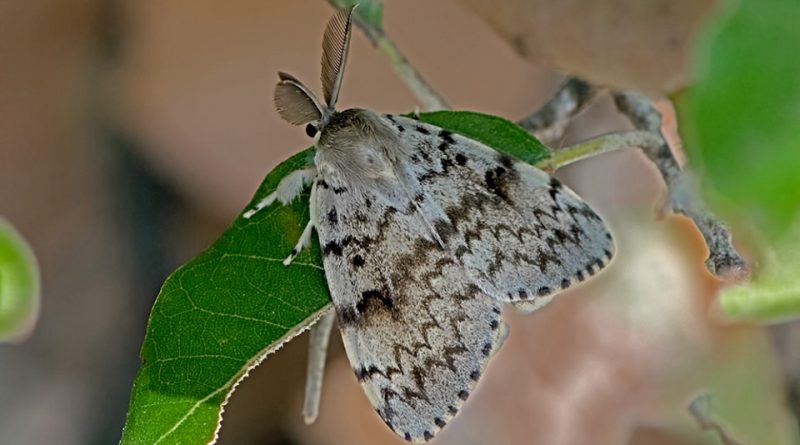 Lymantria, also known as the Gypsy Moth (Lymantria dispar L. 1758) is an insect of the order of the lepidopterans of the family Erebidae.

Geographical Distribution and Habitat –
Lymantria dispar is an insect originating from a vast area, between Europe, Asia and the Middle East; in the last century it has randomly spread in North America where it has created considerable problems for its containment. Currently it is present and quite widespread in the Eurasian continent, in North Africa and in North America, where it lives as a polyphagus for fruit-bearing plants (such as apple trees, vines, etc.) and, above all, for ornamental and forest plants. 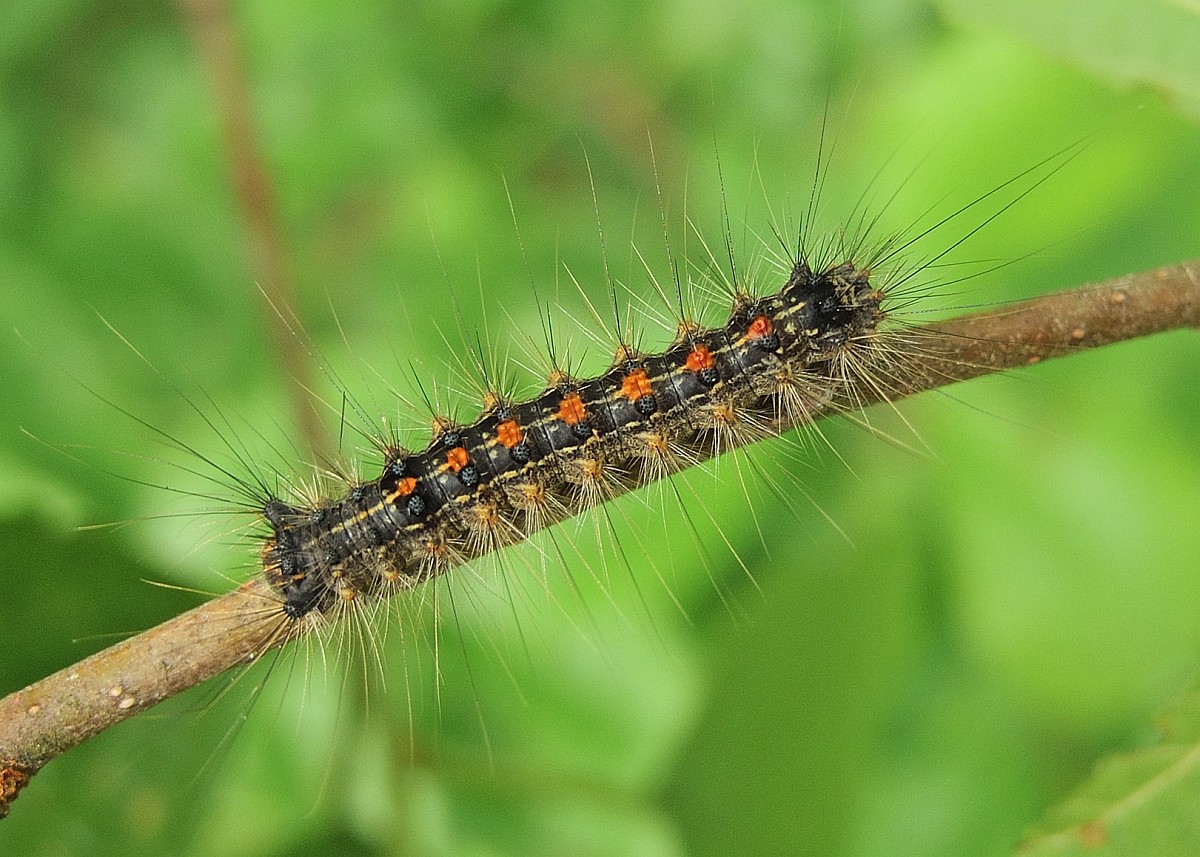 Morphology –
Lymantria dispar is a moth characterized by a high sexual dimorphism:
– the males have ocher-brownish colouration and have darker transverse streaks on the front wings; they have a wingspan of about 40 mm;
– the females can be recognized as they have whitish front wings, with transverse brownish or blackish variegations, and have a large and stocky abdomen, with a tuft of yellowish hairs; these are larger than the males and have a wingspan of about 60 mm.
The eggs are spherical in shape, yellowish in color and are deposited in ovations on the trunks; the sheep are covered by a felt, consisting of the hairs freed from the terminal tuft of the abdomen of the females, which becomes compact and of an intense yellow color.
The larvae are recognizable because they are hairy (with partially urticating hairs), have a greyish-marbled color with the presence, on the back, of a typical double row of tubercles of blue color, towards the head, and red, in the central and terminal part of the body; there are also, on the sides of the body, less evident tubercles. From these branch off tufts of whitish or dark hairs; the larvae at maturity can reach up to 70-80 mm in length.
The damage of this insect is determined by the larval stages that act as total defoliators.
In ornamental plants the damage is both aesthetic and physiological due to the loss of synthesizing photo capacity and the fact that the plant is weakened having to reconstitute, where possible, the leaves.
In general, in the presence of massive attacks, the damage manifests itself in significant deterioration and weakening of the affected plants that will surely be more sensitive to pathologies, especially fungal diseases (lignicolous fungi).

Attitude and biological cycle –
The Gypsy Moth dispar is an extremely polyphagous defoliator phytophagous insect that is able, in suitable conditions, to defoliate any plant species.
This insect hibernates at the egg stage, in the aforementioned ovation protected by hairy felt, on the rind of trunks or other woody organs of host plants.
In spring the eggs hatch and the larvae begin their trophic activity, in a scalar way; this period can start from the month of April, depending on the climatic environments.
The mode of spreading of the young larvae, which completely gnaw the leaves, is to let themselves be carried away by the wind, from plant to plant, propagating the infestation.
At the maturity of the larvae, which occurs at the height of summer, between the end of June and July, there are the flickerings of the adults, especially in the second decade of July.
At this point the adults mate and the females lay their eggs in the way described above.
The number of generations of the Lymantria dispar is therefore one.

Ecological Role –
Gypsy Moth is a moth that carries out its cycle on plants, including broadleaf trees in general, forest conifers and of landscape interest, and arboreal and shrubby fruit plants.
The chemical intervention for the containment of this insect must be carried out, in an extreme raid, only in the presence of strong infestations and evaluating the period of treatment and the presence of the useful entomofauna.
For this insect traps can be used, containing sexual pheromones, which are installed in the second half of June for population monitoring and evaluation of the moment of maximum flicker; these provide information on the size of the population and on the period of maximum flight (and oviposition) for the purpose of carrying out any ovicidal interventions.
It is also possible to carry out biological control using Bacillus thuringiensis ssp. kurstaki, within the limits of his registration; this product is particularly active against the larvae of this moth if used appropriately; during the experiments, discrete results were obtained with virus-based products: Lymantria dispar NPV registered in the USA since 1978; good results have also been obtained with biotechnological products such as chitin-inhibitor development regulators on eggs and young larvae.
For a careful control of the Limantria, especially in natural and wooded areas, it is necessary to monitor the presence of some of its predators and natural pests that are:
– Calosoma sycophanta (Coleopter Carabide), active predator of larvae;
– Compsilura concinnata (Dittero Larvevoride), larvae parasitoid;
– Hymenoptera of the genus Apanteles, parasitoids.