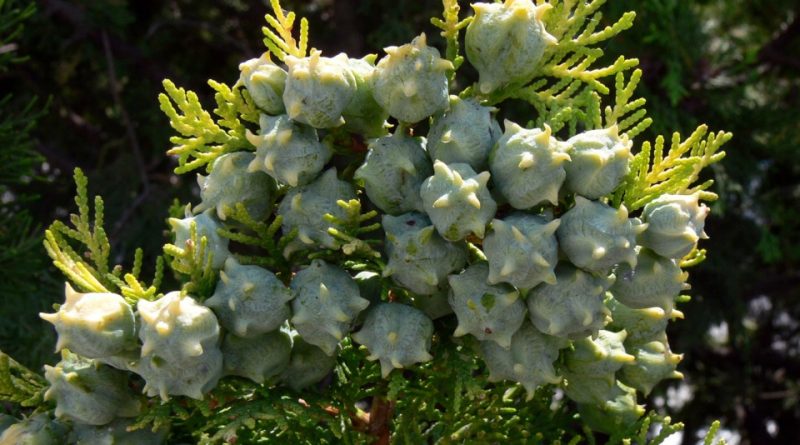 Systematics –
From the systematic point of view it belongs to the Domain Eukaryota, Kingdom Plantae, Subarign Tracheobionta, Superdivisione Spermatophyta, Division Pinophyta, Classe Pinopsida, Order Pinales, Family Cupressaceae and then to the Genus Platycladus and to the Specie P. orientalis.

Etymology –
The name of the genus Platycladus derives from the Greek “platýs” broad, broad and from “kládos” = branch, twig or, referring to the flattened twigs. The specific epithet orientalis indicates the east, the area of ​​origin.

Geographic Distribution and Habitat –
Eastern thuja is a small tree species native to Eastern Asia (Manchuria, Korea). In the Far East it represents a fundamental landscape element of the ancient tradition of the sacred garden, mind in Europe, where it was introduced in 1752, it is used for ornamental purposes and has become naturalized in some regions. It is cultivated in parks and gardens, it grows spontaneously on limestone cliffs and walls where it has great adaptability to air pollution, drought and harsh climate. 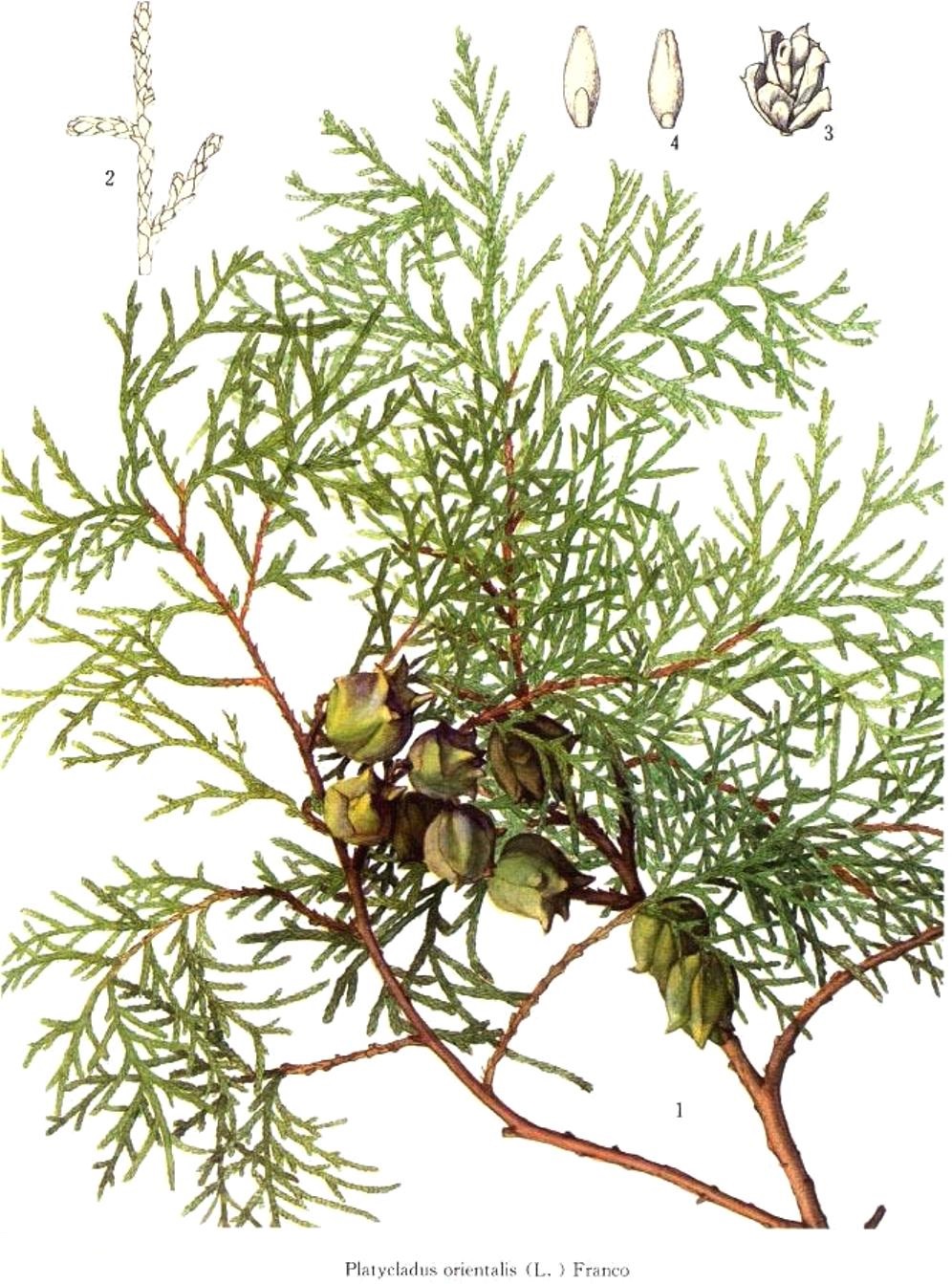 Description –
Platycladus orientalis is a small tree that can reach a few meters, often with a bushy shape, strictly pyramid-like, with flat fan-shaped leaves and bright green foliage. The stem is straight, but often already divided at the base in different ascending stems; the rind is red-brown, with longitudinal furrows. The leaves are squamiform and triangular, with acute apex, opposite, appressed to the branches and provided with small glands, with bright green coloring, clearer in young shoots. The male cones are yellow, small and ovoid, placed at the apex of the ramules; the female ones are green and globose instead. The fruit is an ovoid galbulo up to 2 cm long, first with a bluish-green color and then a brown one; also presents scales that end in a hook.

Cultivation –
Tree of life or Eastern Tuia is a plant that adapts to many types of pedo-climatic situations preferring fresh and humid soil, exposure to full sun. However, its growth is not very fast; it is however a rustic species and, in the dwarf varieties, can be planted in pots. For its cultivation remember to irrigate it especially in the first two years of growth until the root system will be formed and deepened. There are numerous varieties cultivated for ornamental purposes, it is a very rustic species and suitable for forming hedges.

Uses and Traditions –
Platycladus orientalis, in Japan, after the demand for its wood for construction increased, in the mid-seventeenth century were enacted strict laws about the killing of this tree that was used only by the emperor and for religious purposes. In Italy, it is mainly used for ornamental purposes both to form hedges or barriers due to its adaptability to pruning.
The eastern thuja is the only species of the genus Platycladus Tipica and is characterized by a hard wood, it is very resinous. It is a plant similar to Thuja occidentalis L. native to North America and Canada, previously it was classified in the same genus, but from genetic-molecular studies it emerged that Thuja orientalis, within the Cupressaceae, belongs to its own descendance along with others 3 kinds: Calocedrus Kurz, Komar Microbiota and Tetraclinis Mast.
Inside we can include the following varieties:
– Thuja orientalis “pyramidalis aurea”; distributed in Italy around 1960, with conical shape, narrow, which tends to widen. Its yellow-green foliage persists even in winter.
– Thuja orientalis “Compacta nana aurea”; cultivars with a maximum height of 60 cm, with yellow-green needles that become bronze in winter. It was obtained in 1865 by Henk & Hochst. Unfortunately, the specimens of this variety, planted in the Botanical Garden of Ome, were lost in 1996.
The eastern thuja possesses, like the similar species Thuja occidentalis, phytotherapeutic properties. The leaves contain ethereal oils with medicinal properties. Contact with the leaves can cause dermatitis in sensitive individuals.
Thuya Essential Oil has skin-purifying, skin-protective, diuretic, anti-rheumatic and expectorant properties.

Preparation Mode –
From this plant, like from the similar Thuja occidentalis, it is possible to extract essential oils for therapeutic purposes. There are no food uses of this species.