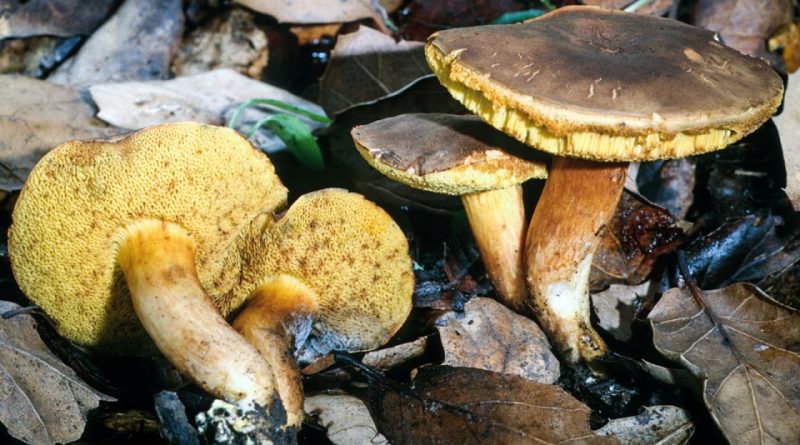 Systematics –
From the systematic point of view it belongs to the Eukaryota Domain, Kingdom Fungi, Basidiomycota Division, Agaricomycotina Subdivision, Class Agaricomycetes, Sottoclasse Agaricomycetidae, Order Boletales, Family Boletaceae and then to the genus Boletus and to the species B. subtomentosus.
The term Xerocomus subtomentosus (L.) Quél is synonymous.

Etymology –
The term Boletus has a controversial etymology: according to some authors it derives from the Greek βωλήτης bolétes, with which the Greeks called a kind of mushroom (from βωλος bólos with the meaning of gleba, clod, bush, because growing among the clods or bushy places); others instead believe that the meaning of βωλος is to be extended to the ball, since the hat of most mushrooms is globose; for other still it derives from Bolites name with which the Romans indicated the best edible mushrooms, even if originally referred only to the ova (Amanita cesarea), but soon used to call also the porcini mushrooms. The specific epithet subtomentosus is given by the prefix sub- almost, similar to, less than, and by tomentosus, almost tomentose.

Geographic Distribution and Habitat –
Boletus subtomentosus is a symbiotic mushroom that lives in the clearings of coniferous and deciduous forests and fructifies from summer to autumn. It is also found at low altitudes, on acid soils, but it is also found on other types of soil. It is however a cosmopolitan species indifferent to the composition of the soil and the altitude of the land on which it develops, circumstances that cause its very wide distribution area. 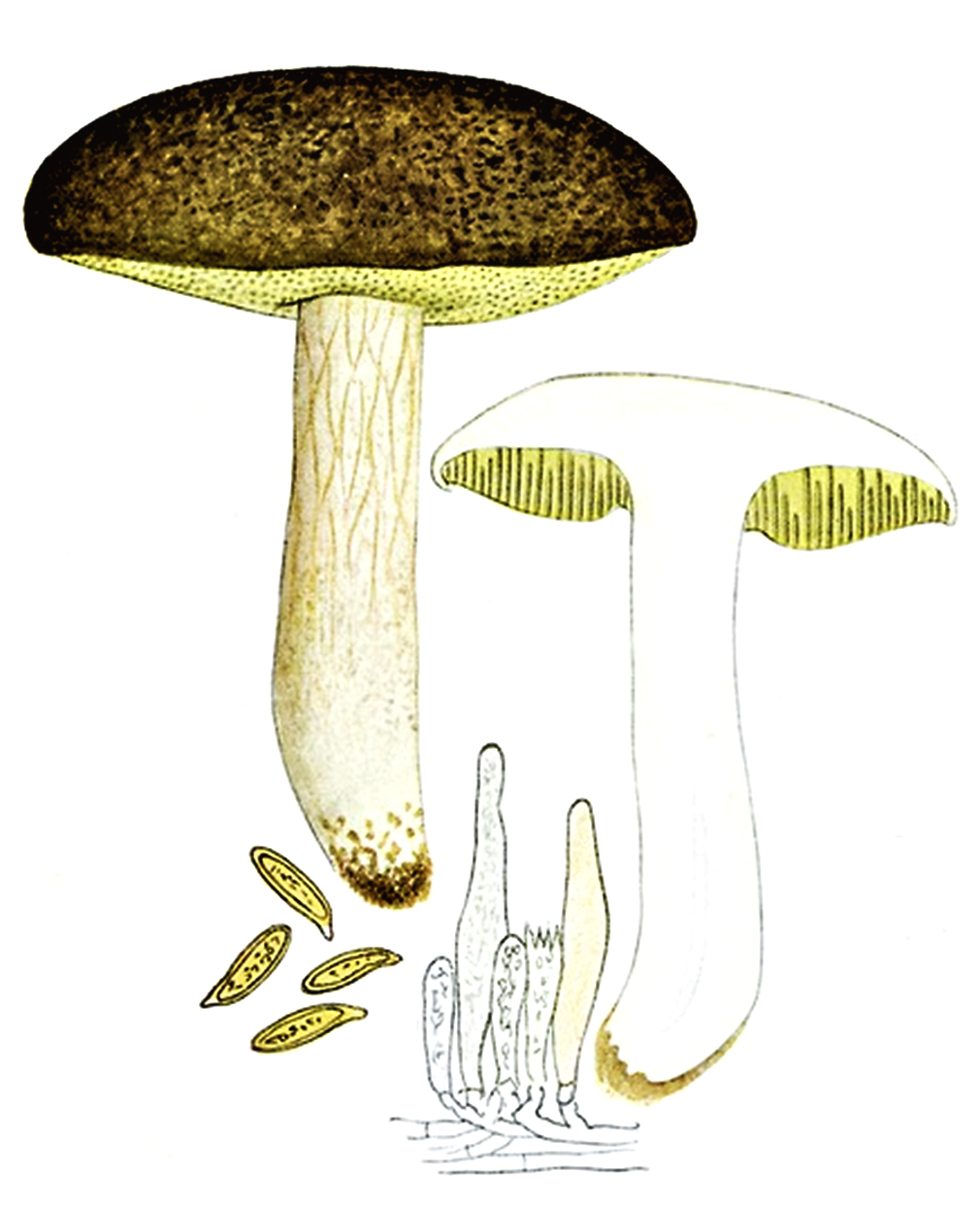 Recognition –
This fungus can be recognized for the 4-12 cm cap, first hemispherical, then convex, finally flat and fleshy, with an involute and slightly wavy margin. The cuticle is velvety, tomentose, slightly chapped, with shades of olive yellow, brown olive, with no red hues. The stem measures 5-10 x 1-2 cm, slender, cylindrical, attenuated at the base, covered with obvious ribs, with pale yellow color, tending to dark especially in the lower part, at the base often has whitish mycelium. The tubules are 5-15 mm long, adnate or subdecurrent chromium yellow, then ripening olivasters that turn to blue slowly and almost imperceptibly to the touch. The pores are up to 1.5 mm wide, angular, golden yellow, then greenish, veering slightly to blue at the touch. The meat is first firm, then soft and fibrous in the stem, with pale yellow color, brownish under the cuticle, fawn rosy at the base of the stem that turns weakly to the blue especially with the wet weather. It has a sweet taste and a sour smell. Under the microscope, spores of 10-15 x 4-5 μm, brownish in mass, elliptic, fusiform, smooth are noted. The basidia are tetrasporic, clavate, 25-34 x 6.5-9 μm and the pleurocystidia are lanceolate, smooth, 47-72 x 8-12 μm.

Cultivation –
Boletus subtomentosus is not a cultivated mushroom.

Uses and Traditions –
It is a discreet edible mushroom as long as it is young and discarded.
This species belongs to a group within which it is difficult to establish clear and marked differences. This often makes it almost impossible to determine exactly what species we are in. For this reason there are mycologists who consider some of these species simple forms or varieties of Boletus subtomentosus L.
The extreme variability of this mushroom has given rise to many different interpretations; the main character that distinguishes it is, without a doubt, the lack of reddish hues immediately under the cuticle of the hat; Boletus ferrugineus with whitish and edible meat, it is similar to our species and it differs from it for the more charged colors of the cuticle, with the presence above and below the same always of a more or less reddish component; many authors consider it a simple variety of our mushroom; the other difference is the yellowish basal mycelium and in the upper part of the stem almost always a false lattice is noticed. Xerocomus chrysenteron (edible Boleto), edible, is distinguished by the streaks of the stem markedly reddish, sometimes even vermilion; even the shades above and below the cuticle are more reddish; the toning of the meat and of the external parts is more immediate and intense; very light yellow basal mycelium.

Preparation Mode –
Boletus subtomentosus is a fungus of fair edibility; it is recommended to consume it in mixture with other mushrooms and can be preserved, always in dried mixture or even in oil.