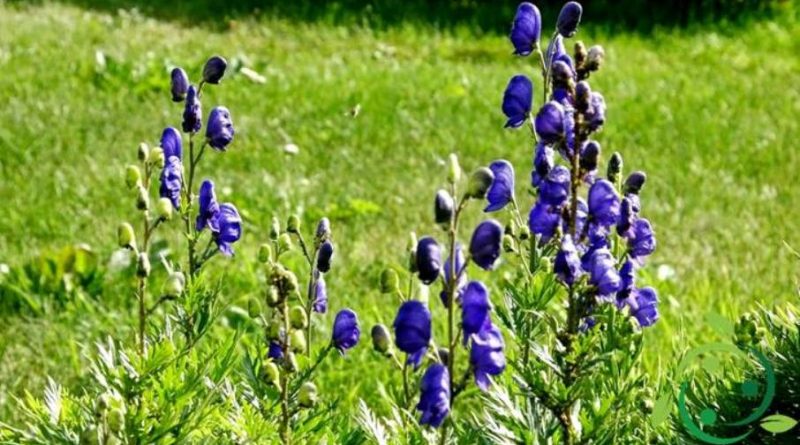 How to grow Aconite

The aconite napello (Aconitum napellus L., 1753) is an herbaceous species of the Ranunculaceae family; being one of the most toxic plants of the Italian flora, widespread in the mountainous areas of the Alps, if you want to cultivate it you need to know all the necessary precautions and useful precautions. In this sheet we will see how to grow the Aconite and above all the precautions to be taken.
It is a plant that can be grown, especially as a background of a border. These plants produce poisonous flowers that must be controlled and kept away from children and those unaware of their toxicity. For their cultivation it is advisable to plant them in groups and let them develop for a few years, considering that they have a fairly slow growth.
The aconite napello can reach up to one m in height and, in summer, produces spikes of flowers of an intense blue color; however, there are many varieties of this kind, many of them with flowers of various shades, from lilac to blue.
For their cultivation it requires a climate of the fresh-temperate type and therefore it is preferable to choose half-shade areas; moreover it is a plant that tolerates winter frost well. The preferred soils are very organic, light and drained. As for irrigation, this should be started at the end of spring rains, with the first warmth and not suspended for the entire summer and early autumn; we must always take care not to create stagnations in irrigated areas. As far as fertilization is concerned, we recommend the addition of mature manure, or compost, before the plant and a late spring integration with a slight movement of the substrate but without damaging the root system.

The propagation of the aconite can occur both by seed and by division of the roots. The harvesting time of the plant is as follows: for the leaves during the summer; the tubers in the fall. If it comes to spontaneous plants, remember that it is a protected species. In addition, young shoots can be confused with mountain radicchio or violet grass (Lactuca alpina (L.) A. Gray, 1884)).
As for adversities, the aconite proves to be a rather rustic plant; the only diseases can be due to conditions of stagnation or excessive humidity that can lead to oidium or verticillosis attacks. In this case, an intervention, even a preventive one, with natural products based on horsetail and sodium bicarbonate is very useful.
Now let’s pause for a moment on the alkaloids contained in this plant, such as aconitin; these are very dangerous if ingested or dermal contact. The intoxication has a very rapid course: in a period between 10 and 90 minutes from ingestion symptoms such as palpitation, difficulty breathing, tachycardia, nausea, abdominal pain and vomiting are manifested. About 3 grams of aconitin can lead an individual to death within a few hours.
If instead touch the leaves and flowers (without the appropriate gloves) problems such as itching, sensory and sometimes even motor problems may arise. It should however be noted that the poisonousness of the leaves is lower than that of the tubercles.
But other compounds present in the plant, besides aconitin, are: mesaconitina, nepalina, delfinina, ipaconitina, indaconitina, aconitico acid, malic acid and acetic acid. Since most of these substances are harmful to humans, considerable caution is required.
Aconitum napellus is used in phytotherapy because of its marked antineural, sedative and analgesic properties. In homeopathy it is indicated against panic attacks, shock, sore throat and earache. The parts used are the leaves and the root; the latter constitute the main drug of the plant, with the greater extent of aconitin, the active therapeutic ingredient.
Because of the toxic properties of the plant, it was often used, especially by the Gauls and Germans, for military reasons, which poisoned the tips of arrows and spears with it before the fight.