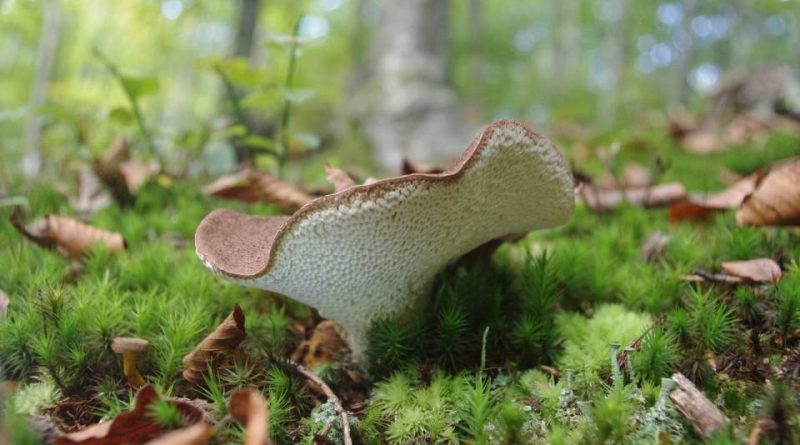 The Poliporo Foot of goat, also known as the Moor tongue (Albatrellus pes-caprae (Pers.: Fr.) Pouzar 1966) is a Basidiomyceto mushroom belonging to the family Albatrellaceae.

Systematics –
From the systematic point of view it belongs to the Eukaryota Domain, Kingdom Fungi, Basidiomycota Division, Basidiomycetes Class, Order Russulales, Family Albatrellaceae and therefore to the genus Albatrellus and to the species A. pes-caprae.
The terms Scutiger pes-caprae (Pers .: Fr.) Bondartsev & Singer 1941 and Scutiger oregonensis Murrill 1912 are the Synonyms.

Etymology –
The term Albatrellus derives from albatrello (alberello) generic Italian name of some mushrooms. The specific epithet of pes-caprae comes from pes pes foot and goat goat, foot of goat, for the shape of the carpophore.

Geographic Distribution and Habitat –
Albatrellus pes-caprae is a saprophytic fungus, lignicolous, and it is found in late summer-autumn, especially in deciduous forests in wetlands. Its habitat can be ubiquitous, (that is, it could be everywhere) very varied and always linked to the good presence of organic substratum, rather than to the type of tree that characterizes the forest; however, it is more present in the sparse beech woods (therefore not dense and dark), but also in the chestnut wood, on the contrary it is easier to find it in the mixed chestnut wood with many pines here and there. The ideal environment for the birth of the Albatrellus-pes caprae or Foot of goat are the woods of Pino Strobo; it is also common in the woods of Pine but not of Spruce. It is very common in coniferous woods with long needle, but not in the most common woods of white fir or spruce, which have a short needle instead. 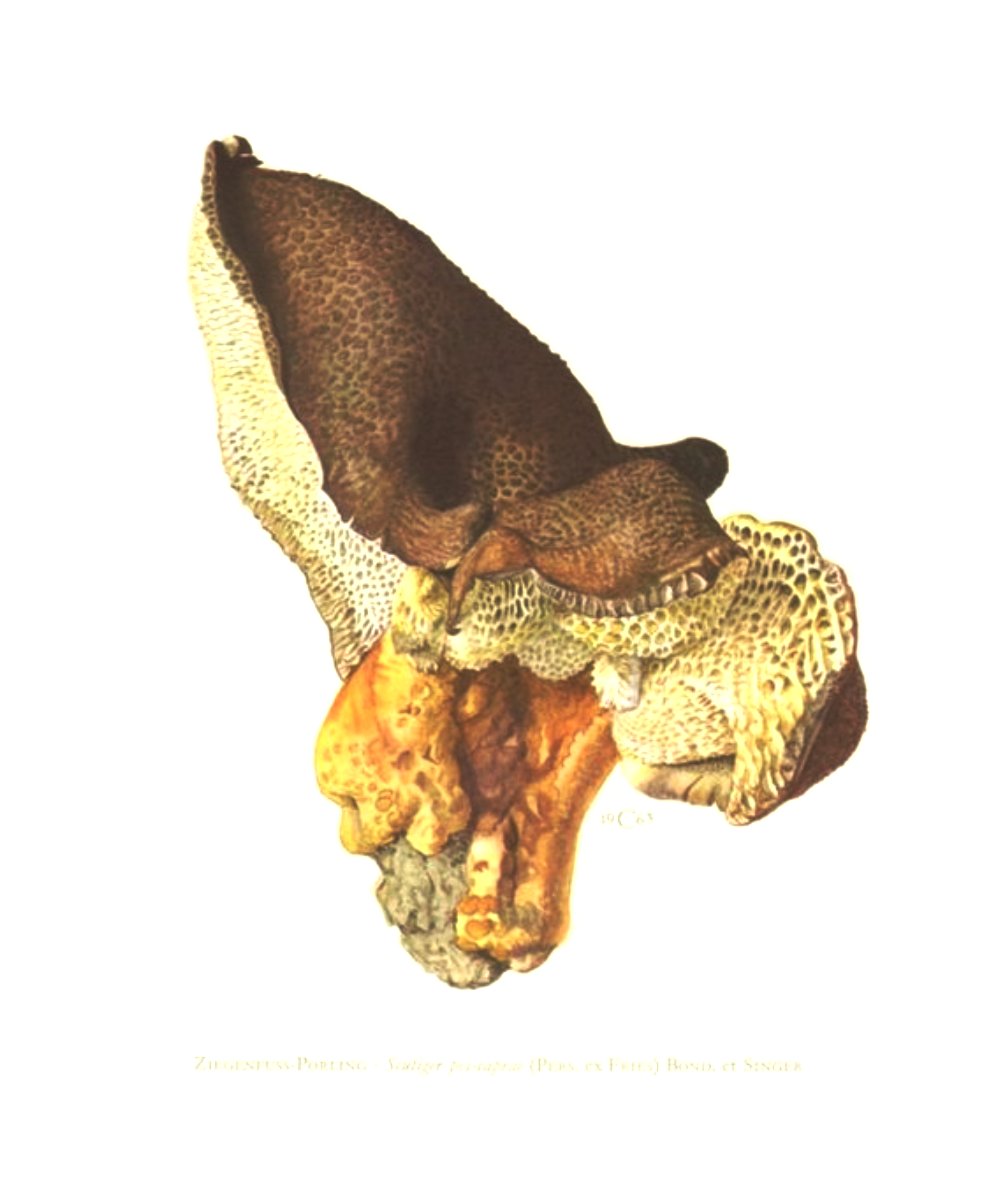 Recognition –
Poliporo Foot of goat is recognized for the hat of 4-12 cm in diameter x 1.5-2 cm thick, with irregular shape, reniform, sub circular and with brownish-dark cuticle, densely covered by scales; thin, whole, regular margin. The tubules are initially white then yellow-cream, about 5 mm long, decurrent on the stem. The pores are white, tending to yellow with aging, angular and polygonal, 1-2 mm wide, with an often lacerated outline, staining with yellow to the touch. The stem has dimensions of 3-5 cm x 1.5-3 cm, cylindrical or claviforme, robust, often eccentric with a yellowish-white and reddish-yellow color. The meat varies from white to yellow and is compact, with no odor and nutty flavor. Microscopic analysis shows spores of 7.5-9 x 5-7 μm, ellipsoidal, white, smooth, hyaline, monoguttulate, provided with an apiary, not amyloid. Basidia are 20-40 x 7.5-12 μm, claviform, tetrasporic, with basal buckle joints and absent cysts.

Cultivation –
There are no known cultivations or attempts to cultivate the Albatrellus pes-caprae.

Uses and Traditions –
The Albatrellus pes-caprae is an edible fungus and appreciated above all in northern Italy, especially in Piedmont, where it is more widespread and known, although not everywhere widespread. Between Central and Southern Italy many people completely ignore its existence except in Calabria where it is known, appreciated and also quite widespread in the Conifera della Sila and the Serre woods.
It is a non-showy and inconspicuous mushroom, even when the fungus Foot of Capra reaches the considerable weight of one kilogram because often a good part of his foot develops completely buried.
Among the similar species we mention the Albatrellus ovinus.

Preparation Mode –
Albatrellus pes-caprae is a fungus that lends itself very well to preservation in oil. In Piedmont it is rightly considered one of the best mushrooms to taste raw in salads. It has a delicate mushroom-hazelnut fragrance that is particularly enhanced during cooking. If cooked raw, it should be treated like a meat carpaccio. Always sliced ​​very fine with the mandoline, so as to make it less harsh. It is then seasoned as a carpaccio with oil, salt, lemon, pepper, optional, to taste, flakes of Parmigiano.