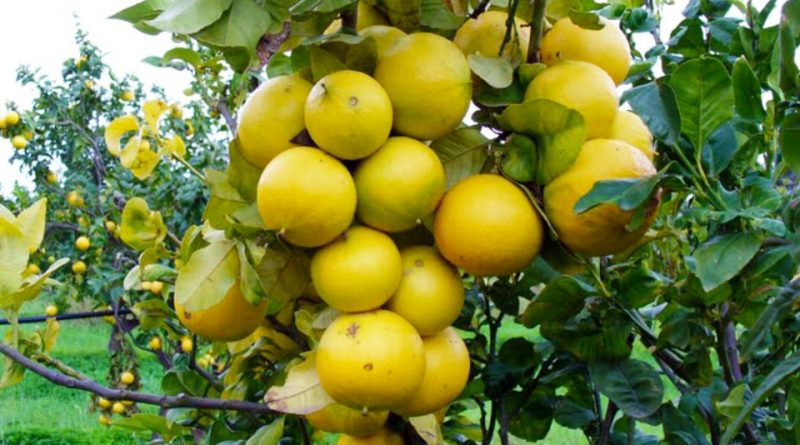 Bergamot (Citrus × bergamia, Risso & Poit.) Is an arboreal species of the Rutaceae family.

Etymology –
The term citrus derives from the Latin name of the cedar and the lemon, in turn derived from the Greek κέδρος kédros cedar and κίτρον kítron lemon and then attributed to all plants of the citrus genus. The specific epithet of Bergamia, according to some, comes from the Turkish beg armudi, which means: however the Lord (also written begarmundi); according to others by the name of the city of Berga in Spain.

Geographic Distribution and Habitat –
The exact origin of bergamot is not known even if some of its characteristics suggest a derivation through genetic mutation of previous citrus species, such as lemon, bitter orange or lime. The same systematic position is somewhat controversial; according to some botanists it is a species in itself, according to others a sub-species of bitter orange. 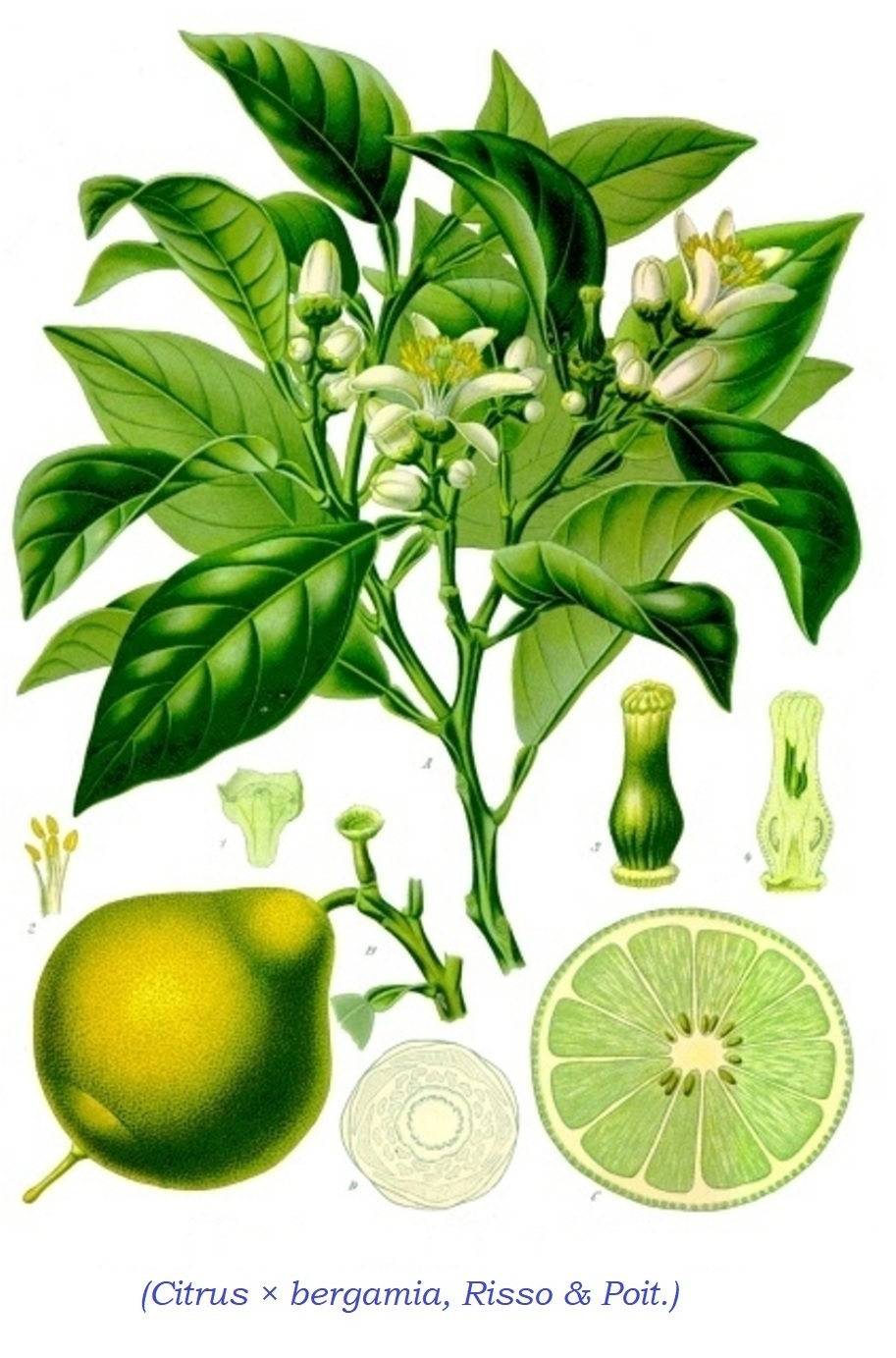 Description –
The Citrus × bergamia is a tree between three and four meters high with white flowers and very fragrant. The leaves, like those of the orange, are shiny and leathery and persistent. Emission of the leaves and flowering occur between late winter and early spring. The fruits have an intense yellow color with a smooth and thin skin and crushed at the poles.

Cultivation –
The bergamot grown in Italy is limited to an area limited to the district of Reggio, in the extreme tip of Calabria, in a hilly area close to the sea coast. The area today cultivated with bergamot is about 1,500 hectares, with an average production of 100,000 kg of wood. The production of bergamot in the province of Reggio represents a large part of world production.
For the cultivation technique you can consult the following form.

Uses and Traditions –
According to some legends the bergamot would come from the Canary Islands, from which it would have been imported by Cristoforo Colombo; according to other authors the provenance would be Chinese or from the city of Berga in Spain.
The first intensive plantation in Calabria of bergamot trees dates back to 1750. Originally the essence was extracted from the peel by manual pressure and made to absorb from natural sponges. We must arrive in 1844 for the first real industrial process of extracting the essential oil of bergamot.
The bergamot uses the fruit, the essential oil, the juice and the pulp.
Its food use dates back to 1536, as evidenced by the “lean menu” offered to Emperor Charles V, by Cardinal Lorenzo Campeggi.
The fruit is not sold in retail but is used only for processing in essence; its juice is very bitter due to the presence of naringin and seems to be active, thanks to the content in polyphenols, in lowering the cholesterol level, in particular the effect would be due to the presence of two flavinids statin-like (with similar activity to that of statins), called brutieridine and melitidine.
The bergamot has a high content of citric acid (equal to 66 g / l) that in the past years has allowed the use of the juice as a source of natural citric acid.
As for the essential oil of bergamot, this is exported all over the world for its properties as an essence for the perfume industry.
In recent times the bergamot, through the psoralenes contained in the extract of its oil have been used in tanning accelerators and sunscreens, with damage to the skin DNA with phytofotodermatosis, darkening of the skin due to a chemical reaction that makes the skin more sensitive to UV light. These substances are known to be carcinogenic since 1959 but banned by sunscreens after 1995, first in the USA and then in other countries.
An important use of bergamot essential oil is in aromatherapy because its smell is persistent and penetrating, canceling out other perfumes.
It is also used as an excellent cleaning agent for synthetic glues, grease and tar.

Preparation Mode –
Citrus × bergamia is used, as well as for essential oils, to obtain juices as is done with other citrus fruits; it can be cut into wedges to make salads or, as with lemon, use its peel to flavor tea.
The bergamot peel can be put in brine and then combined with the juice, it can be used to flavor first and second courses, but also desserts. From the bergamot, candies and candied peel are also obtained.
Bergamot also produces carbonated drinks and basic extracts for other citrus juices or as a digestive.