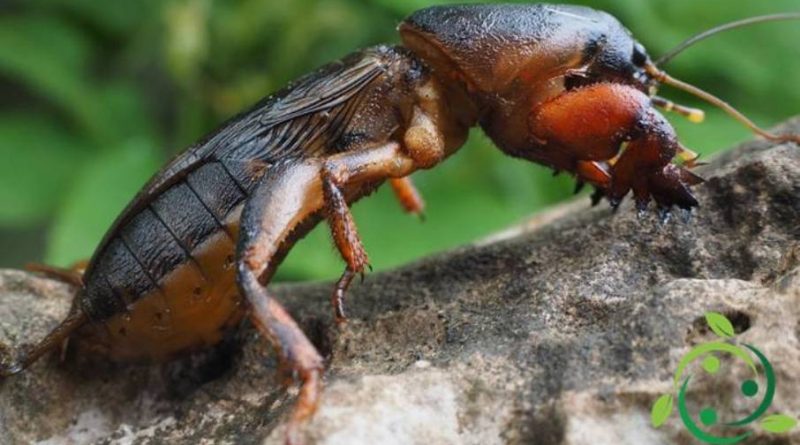 Natural remedies against the grillotalpa

The Grillotalpa (Gryllotalpa gryllotalpa L.) is a common polyphagous insect that infests above all the gardens, the gardens, the nurseries and the protected crops, especially in damp and loose soils. In this sheet we see the natural remedies against the grillotalpa and the main biological control methods. The Grillotalpa digs superficial tunnels and in addition to feed itself causes direct damage to the root system of many plants causing their death. The Grillotalpa winters at the juvenile stage in the ground in depth. The cycle of this insect is completed in 2 years with the appearance of adults in the month of April-May, which therefore ovidepect into roundish hollows excavated above all in uncultivated and more compact areas of the ground at a depth of 10-20 cm. After about 2-3 weeks the nymphs are born that are initially cared for by the mother and then, after a few days, leave the nest and start feeding and digging their own galleries.

These nymphs hibernate deep in the ground and become adults in the following summer (2nd solar year) but become sexually mature only at late spring of the 3rd solar year. The fight against the grillotalpa can be of an agronomic type trying to destroy, between May and June, the nests of the oviposition, by working the soil, before the eggs hatch. But the first fight against any parasite consists in good agricultural practices and therefore in prevention. Water stagnation must be avoided, favoring good drainage of the soil; favoring biodiversity through good practices of consociation and crop rotation that increase the natural predators of the grillotalpa. The natural predators of these insects are birds, like the starling, and the small mammals, like the hedgehog, all animals almost decimated by pesticides with serious ecological imbalances.
One of the systems of biological control against the permitted grillotalpa is that of the use of products based on nematodes (Steinernema carpocapsae). Entomopathogenic nematodes, unlike normal nematodes that can be harmful to plants and higher animals such as dogs, are parasitoids that live at the expense of insect larvae or when they are close to becoming adults (chrysalises). These live in the soil or in organic substrates, and in high humidity conditions (after rains or irrigations) they move into the circulating solution of the ground in search of potential prey. Once they are reached, they penetrate inside and slowly cause death. Of the numerous species, the most important and commercially available are of the genera Steinernema and Heterorhabditis, which feed on many insects harmful to the crops causing death in a time ranging from 24 to 72 hours.
In small family gardens you can then carry out methods of fighting through traps; these consist in intercepting small jars along its galleries so that the insect falls into it. This allows you to physically delete them.