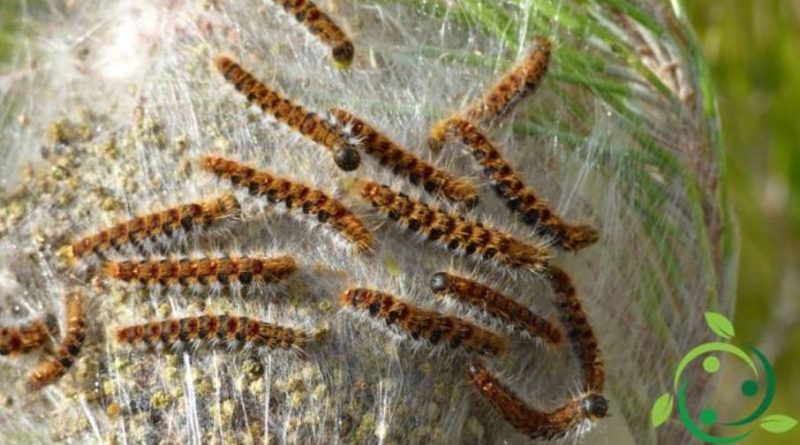 Organic fight at the Pine Processionary

The pine processionary (Thaumetopoea pityocampa (Denis & Schiffermüller, 1775)) is a moth of the Notodontidae family, widespread in Eurasia and North Africa. This insect is quite dangerous both for the pine forests because it deprives them of part of the foliage, thus compromising the life cycle, both for humans and some animals, because during the larval stage this insect has a hair that is particularly stinging. In this paper we will see the essential elements of biological struggle at the pine processionary. Among other things, the fight against the Pine Processionary was made mandatory by a Royal Decree of the 30s, then modified with the D.M. of 17 April 1998 and subsequently repealed and replaced by D.M. 30.10.2007, publ. in G.U. 16 February 2008, n. 40.

Leaving aside completely the chemical struggle that involves an imbalance of the worst ecosystem of the solution we see what are the essential criteria of an integrated biological control program, effective and with reduced environmental impact. In the biological fight at the Processionaria del Pino we start from a system of monitoring and catching through traps activated with sexual pheromones (which must be positioned from mid-June to September); in this way a mass capture of the males and the identification of the period of flickering are obtained, so as to precisely program the biological interventions that normally occur at the end of July – beginning of August. Once the suitable period has been identified, treatments based on Bacillus thuringiensis ssp. kurstaki, which should be performed in the evening and in the absence of wind, taking care to wet the hair uniformly. Recall that the treatment being carried out with an organic product, has a limited action over time and is easily washed away; for this reason, in case of heavy infestations or rains after the treatment, it is good to run it again after 4-5 days (the use of an acidifying product improves the action of BTK). We must stress that many texts refer to the Bacillus thuringiensis as completely harmless to humans, vertebrates and useful insects in general. In fact, several doubts have arisen from some researchers on this assessment. Anyway, it represents today, a less invasive system than the chemical fight. Ad adiuvandum to this first system you can perform a mechanical removal of the nests to be performed at the end of winter, between January and February-March). With this action the nests must be removed (cut) and destroyed (burned). Another method that finds application in some areas consists of wrapping the stem with plastic film (before the larvae descends, which generally takes place from the second fortnight of February to the first fortnight of March), on which to distribute uniformly the entomological glue; when it is saturated, the trap is replaced. Finally, it is interesting to use the red ant (Formica rufa Linnaeus, 1758), one of the few natural enemies of this moth. It is also important to have a correct information activity in the public green areas where the processionary fight program is being implemented, exposing informative posters that enhance the biological control approach with reduced environmental impact. We also remind that for the elimination of dead larvae, it is necessary to use the utmost caution; even if the best method certainly consists in burning them, the carbonized residues are equally stinging, so it is to be avoided to remain leeward or near the bonfire, especially with uncovered body parts (including face and eyes). When working in the vicinity of the larvae, it is necessary to cover every part of the body (eg with gloves, long sleeves, glasses, headscarf) in order to avoid contact with the stinging hairs and then wash the used clothes. The stinging hairs, in fact, are very fine and therefore can be easily transported from the air.