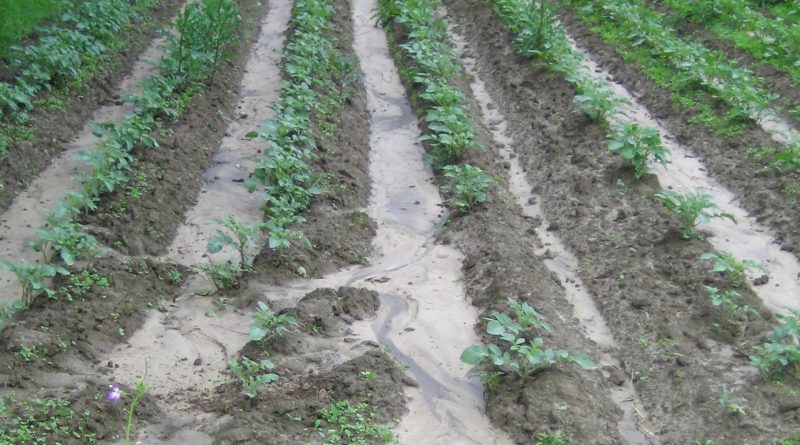 Ecological and Economic Value of the loss of soil

Every year on our planet we lose 75,000,000,000 tons of soil and this loss costs 500,000,000,000 € / year. A figure that no country puts in the GDP.
This is the incredible truth that is disclaimed or misunderstood (do you) by the programs and projects of political economy in all countries.
Soil is the planet’s greatest source of energy and this aspect is perhaps one of the most neglected in the energy policies of all countries. In fact, soil is a source of life, health and biodiversity. After the oceans, the soil is the largest carbon reserve on the planet and one third of all living species is found below its surface. It takes thousands of years to recreate a few inches of fertile soil. However, recent history tells us that it takes only a few decades to destroy it and it is not always easy to reverse this process.

The fertility of the soils is strictly connected to the presence of organic substance. A soil that contains less than 2%, as often happens in Western countries, is poor, destructured and degraded and lends itself to all the processes of erosion, landslides, landslides, etc ..
The reasons for the loss of fertile land are numerous: among the first, the productive conversion of agriculture especially after the Second World War with the reorganization of the war industry in the production of synthetic fertilizers and pesticides that have depleted the land, drastically reducing the organic matter, or “fertility”. Added to this are chemical fertilizers, high yield seeds, pesticides, herbicides and monocultures that have increased yields and tripled agricultural production, compared to a modest increase in cultivated land (+ 12%), but they have seriously compromised soil biodiversity and crop diversity. Then the excess irrigation with the consequent salinization of many soils, damaging not only the natural vegetation, but also the microorganisms present in the soil and the entire hydrological cycle that takes place there.
Thus the entry of agrochemicals (chemical fertilizers, herbicides, pesticides) has energetically affected the natural balance between soil microorganisms, and together with the compaction due to heavy machinery, has reduced the structure and biodiversity of the soil.
All this has triggered an effect of loss of agricultural land that, to date, and in a responsible and unconscious, no political program and no government has actually addressed.
It makes no sense to invest in financial programs if you do not address the ecological and economic model of our society. It is urgent to change the whole algorithm of the world economy. The question is: do ordinary people and politics really understand it?