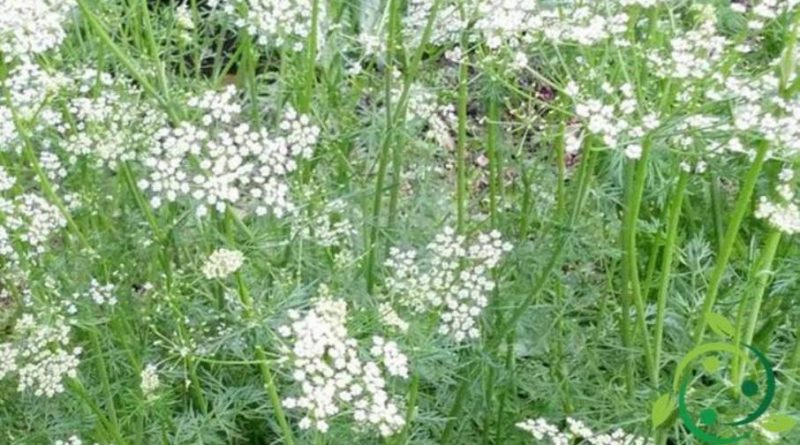 How to grow the Cumin in a biological way

To begin the cultivation technique, remember that cumin (Cuminum cyminum L.), also known as Roman cumin, is a biennial plant that prefers sunny, or in any case, very bright locations. Sowing can be carried out in the open or in pot during the spring period. It prefers loose soil and immediately after sowing it must be irrigated; irrigation then gradually decreased to resume it with shorter shifts during the summer. It is good, however, before sowing to mix well-mature organic fertilizer (bovine manure is ideal) that allows the plant to have a very abundant flowering. The seed should be covered with a few millimeters of a richer soil (if you cultivate a small area) or rolled directly after sowing (which will serve as burial) if you grow a larger area.

It is a plant that grows spontaneously in the grazing areas of the Apennines but it is possible to grow it and perpetuate it in our gardens allowing it to go to seed. Never intervene with nitrogen fertilizers in order not to make the plant predominate on other species so as to make it become infesting and care must be taken to the processing organs whose clumsy use is often one of the major infestation vehicles of our arable land and our lawns. The question of weeds is a very complex matter and often the links between the use of fertilizers (especially nitrogen and / or chemical), processing methods, consociations, rotations, etc. .. Many parts of the agronomy should be refound.
For the collection of the seeds it is necessary to collect the inflorescences from August to October, when they start to yellow and then left to dry; after which they are “beaten” to get the seeds out.
Of the cumin the whole plant can be used; this is edible, from leaves to roots. The leaves can be harvested continuously as needed, they are used fresh to flavor soups and salads. The roots should be taken by removing the plant in the late autumn period and are eaten cooked. Even today, the use of seeds (similar to those of fennel or aniseed), which are used in the kitchen for the preparation of bread, cakes or even to produce liqueurs, is more known.