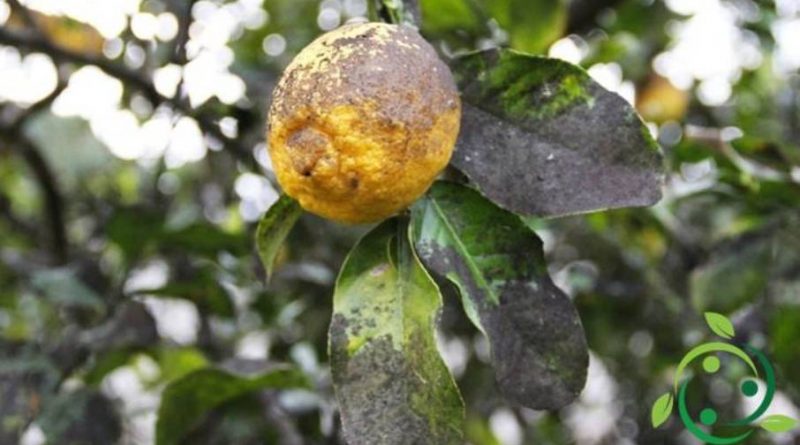 How to naturally eliminate Cochineals and Fumigates

The Cochineal and the fumaggine are not only harmful, above all for the citrus fruits, but they depreciate the commercial value. In short, in addition to the damage the joke.
But let’s start with the cochineals because later we will see that the fictions (fungi) are an effect of the infestation of these insects.
The peculiarity of these insects is that the females of these insects perforate the tissues of the plant (to feed on the sap) blocking its growth and weakening it. These parasites are positioned on the lower page of the leaves but we can also find them at the base of the petioles and on the branches.
The proliferation of this insect is favored by mild winters and on the honeydew produced by these insects are developed black mushrooms (the fumaggini) that in addition to depreciating the fruit contribute to weaken the plant due to a decrease in the photosynthetic activity of the plant; moreover the honeydew is also attracted by the ants that establish a symbiotic relationship with these, protecting them from possible attacks by other parasites.

Without going into the merits of the individual species that attack mainly the citrus fruit in our help, however, there are parasites idi (useful insects) that with various mechanisms keep the cochineals at bay. These include: Exochomus quadripustulatus; Chilocorus bipustulatus and calcinoid hymenopterans (parasitoids).
These coccinellids can be distributed in the immediate vicinity of prey already in the period of April May (depending on the latitude and the climatic trend).
As seen in other contributions, another aid in biological control is given by white oil that acts as a suffocate or in Marseilles soap or in emulsions of these products in water. This can be combined with treatments based on copper and sulfur (against fumigation) to restore the citrus grove. However I do not recommend this treatment, even for problems of phytotoxicity and incompatibility with other treatments (if not for an initial intervention in case of “emergency”) as the interventions that contribute to decrease the population of cochineals, automatically, also eradicate fumaggini (who have nothing to eat).
But resorting to the natural enemies of the cochineal, although very useful, but not always easy to implement (finding these insects, etc.) highlights in itself that in the cultivation of citrus fruits we have something wrong. In nature nothing happens by chance; there is always a cause.
We must therefore create the conditions so that the cochineals do not develop beyond the tolerance threshold, also creating serious problems with cultivation.
Among these conditions we mention the main ones:

Promote the aeration of the crown with good pruning;
do not use synthetic nitrogen fertilizers (they should be banned from the market) as they help to make the green parts of plants more tender and therefore more appealing for cochineals.
Do not specialize the citrus grove, practice from an inadmissible agro-ecological point of view, but foresee the presence (also with ordered rows) of other species.
Use of other species, also in the form of hedges that attract the cochineals that (like most insects) are polyphagous. In this regard, a good consortium is given by Nasturtium, a flower rich in antibacterial properties against the cochineal that planted around citrus can be a valuable aid as it represents an incredible attraction for these insects, making sure that they do not reach other plants .
Never use (never say) herbicides in the margins of your citrus or other synthetic insecticides that would demolish useful entomofauna and other antagonistic organisms.
In short, agriculture is done respecting the rules of nature, not those of the chemical industry. A few words to be wise.

Insecticidal white oil is for you