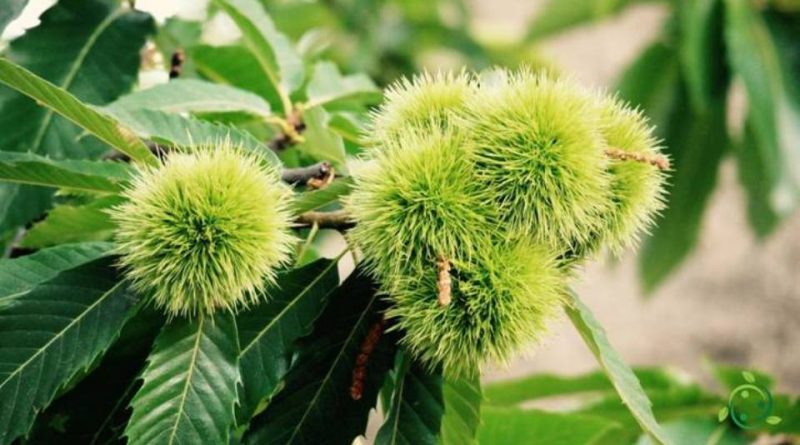 The European chestnut or simply chestnut (Castanea sativa Mill., 1768) is a tree of the Fagaceae family, the only native one present in Europe. In recent decades, the Japanese chestnut has often been introduced for phytopathological reasons (Castanea crenata Siebold & Zucc., 1846). The populations present in Europe are therefore mainly attributable to European chestnut seedlings or European chestnut trees grafted onto the Japanese or to hybrids of the two species.
The chestnut is a plant native to southern Europe, North Africa and western Asia and is also present on the Atlantic coasts of Morocco, on the shores of the Caspian Sea and in southern England.
Fruit chestnut groves are now very small (due to ink sore and cancer) even if in recent years there has been an attempt to recover not only for production purposes.
In Italy, the regions in which the cultivation of the chestnut fruit assumes greater importance are Campania, Sicily, Lazio, Piedmont and Tuscany.
Remember that chestnut is a monoecious plant. The male inflorescences are represented by 10-20 cm long spikes of greenish-yellow color. The female ones consist of single flowers or gathered in groups of 2-3 places at the base of the male inflorescences. Flowering occurs in the middle of summer. The fruit is represented by a nut called chestnut, entirely covered by a thorny dome, called hedgehog. Pollination can be anemophilous or entomophilous, so the presence of bees and other pollinators is very important.

Period of pruning –
The chestnut pruning takes place at different times that depend on the age of the plant and the objective of this technique, but in general it is good to know that pruning must be carried out in the period in which the plant is not productive, i.e. in the so-called vegetative rest. .
For this reason it is necessary to wait until the chestnuts are devoid of leaves so the best period for these interventions is between October and November.
Even if the leaves return between April and June, pruning the chestnut tree during the colder months is strongly discouraged, as the plant is more vulnerable to disease and the branches may break more easily.
For details of the pruning technique, refer to the following sheet.

Variety of Chestnut –
In short, 4 distinct varietal groups are considered: Browns, Chestnuts, Eurogapanese Hybrids, Japanese
– Browns: chestnut fruits are thus considered, which have, inside the peel, the whole fruit, not septate, with the film (episperm) that does not penetrate the pulp and that easily comes off in peeling operations. These are intended for industrial processing and fresh consumption. Chestnuts are particularly sought after on the market and take high prices; the size of the fruits of the different varieties can be considered medium-large (from 55 to 70 fruits per kg); all varieties are derived from the European chestnut (Castanea sativa). The plants are vigorous and upright. The entry into production takes place after the 5th-6th year from implantation or grafting. Almost all the varieties of Marrone are astaminee, that is, they lack male flowers and therefore require the presence of pollinators. Among the most common and recommended varieties are: Marrone Fiorentino, Marrone di Caprese Michelangelo, Marrone di Viterbo, Marrone di Marradi, Marrone di Castel del Rio, Marrone di Susa, Marrone di S. Mauro di Saline, Marrone di Chiusa Pesio, Marrone by Antrodoco, Comballe Brown (France), Bouche Rouge Brown (France), Goujounac Brown (France), Belle Epine Brown (France). They are considered good pollinators for chestnuts: among the European ones, “Castagna della Madonna” or “di Canale d’Alba”, “Marrone Belle Epine”, “Marrone Goujounac”. The Euro-Japanese hybrids “Precoce Migoule”, “Marsol”, “Bournette”, “Bouche de Betizac” are considered excellent pollinators.
– Chestnuts: this group includes many varieties spread in the different Italian chestnut areas and all derive from the European chestnut. The fruits defined commercially with the name of “chestnut” are of different size (from 45 to 110 fruits in 1 kg) and are characterized by an internal film that penetrates deep inside the pulp, in some cases up to dividing it (fruits set); the fruits have a dual purpose: fresh consumption and transformation into dry white chestnuts and, for some varieties, into sugared chestnuts. Prices appear on the markets at the origin of significantly lower prices than browns and hybrids. While presenting in the same plant the male and female flowers all varieties require cross-pollination. The most common varieties of these are: Castagna della Madonna di Canale d’Alba (early ripening), Bracalla (large fruit), Garrone rosso (prized for the flavor of the pulp and size), Pistoiese, Reggiolana, Castagna di Montella (excellent for dry chestnuts), N’zerta, Riggiola and Gabbiana.
– Eurogapanese: these varieties are derived from natural or guided cross between the European chestnut (Castanea sativa) and the Japanese chestnut (Castanea crenata); they were introduced in Italy in the mid-1970s. The main characteristics are a marked resistance of some varieties to “bark cancer”, a lower sensitivity towards “ink sickness”, the limited development that allows the creation of systems with smaller spacing, marked earliness in entry into production , high size of the fruits that present, for almost all the varieties, the characteristics of brown, earliness in ripening and harvesting of the fruits which begins in September, that is before the marroni and chestnuts, mutually pollinate each other. In Northern Italy, they must not be placed at an altitude above 700 m. Among the best known Eurogapan varieties are: Primato, Precoce Migoule, Bournette, Bouche De Betizac, Marsol.
– Japanese: the most important varieties of Castanea crenata are: Tanzawa and Ginyose. These varieties are characterized by plants with reduced development, they need a rational irrigation and annual pruning that allows a continuous renewal of the crown in order to avoid alternating production. The two varieties pollinate each other. They went into production in the third year after planting and harvesting begins from the end of August-early September. Average size: 60-65 fruits per kg.