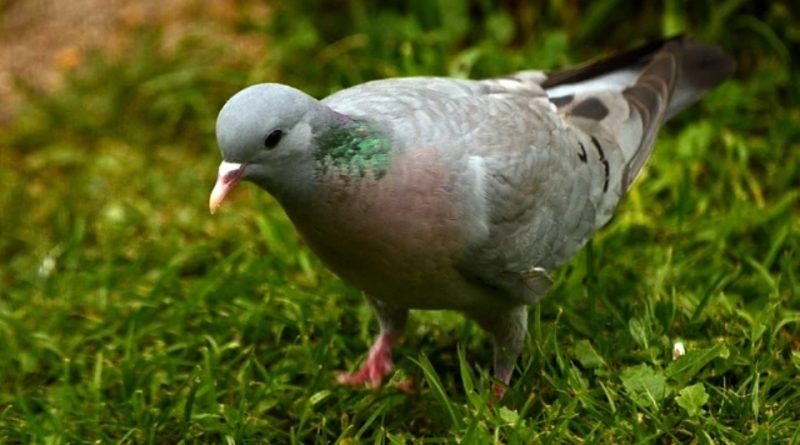 The Stock dove (Columba oenas Linnaeus, 1758) is a bird belonging to the Columbidae family.

Geographical Distribution and Habitat –
The Stock dove is a bird that can be observed in almost all of Europe, northern Africa and Asia.
It is a bird that nests in central-southern Europe, in Italy it is of regular pace, in the islands and along wooded coasts.
In Italy, as well as passing through, it nests throughout the peninsula except Sardinia, in hilly environments, characterized by woods, along the sea coasts, but also near anthropized areas.
The habitat is generally in the open country. Although it nests in trees it does not prefer densely wooded areas. It is also common on the coasts where cliffs provide holes. 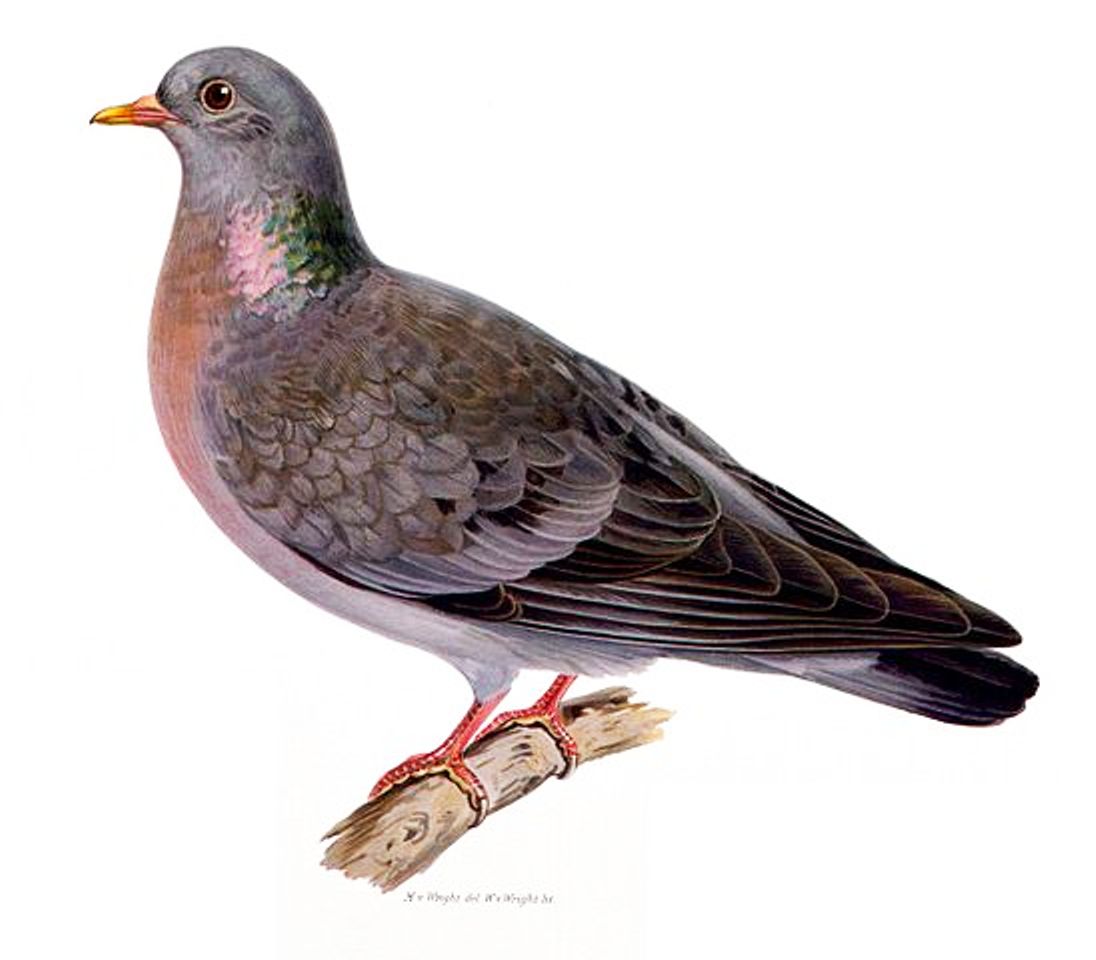 Description –
Columba oenas is recognized for having a total length of 33-35 cm, a wingspan of 62-70 cm, for a weight of 240-350 grams.
It is similar to the wood pigeon, but smaller.
It has short and interrupted black wing bars, the terminal part of the black tail.
The beak is yellowish with a pink base and whitish wax.
The legs are purple, it is distinguished from the wood pigeon by the absence of white on the wings and neck.
It is a lively bird with a sustained and straight flight.

Biology –
The Stock dove begins to mate in late March.
It builds a nest at a considerable height above the ground, in traditional places.
The nest is usually built in a hole in an old tree. Before deforestation it was the most frequent pigeon, it nested mainly in oak or pine trees, but since it usually nests in tree cavities, it was normally present only in old forests.
Since there are not many holes in the plantations in which to nest, it now finds difficulty and has therefore decreased, also because operating a double brood requires finding two holes for its broods.
It has been observed that it also nests in rabbit holes, ruins, old poplar hedges, cracks in the cliffs or rocky walls, ivy and in the thick growth around the holes of the lime trees. Also use nest boxes. In this case it is specified that the cavity should be about 75 centimeters deep and the hole should be large enough to admit a punch.
Here the female lays 2 cream-white eggs, which she hatches alternating with the male.
The hatching period lasts 16-18 days.
The little chicks are fed with pigeon milk and after about 25 days they leave the nest.
There are normally two broods per year.

Ecological role –
Columba oenas prefers tall woods, with nearby clearings and countryside, coastal spots and rocky areas.
It is a monogamous species, with gregarious life in large flocks.
It has a very acute vision and feeds mainly on plant foods. Much of its food consists of young shoots and seedlings but also wheat, insects and snails. In some areas it feeds mainly on acorns and pine seeds. His diet may include a variety of foods: berries, such as bay leaf and hawthorn, figs, cereals, beans, peas and small invertebrates that he feeds on while walking on the ground. During the autumn migration of October, doves stop in places with an abundance of acorns, supplementing the diet with buds and leaves.
Columba oenas is the one with the lowest population among European wild pigeons, although it is still common in the ideal habitat.
Although the species is not considered threatened in Europe, it is classified in Annex 2 of the Birds Directive and in Annex III of the Bern Convention.
The species is also in strong decline due to the competition with the wood pigeon. The main threats are related to the transformation of the nesting and feeding habitat and the felling of age-old trees rich in cavities.