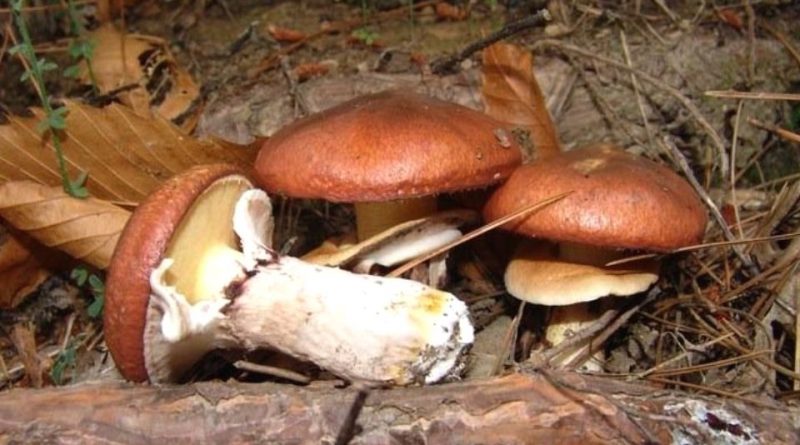 Etymology –
The term Suillus is the diminutive of sus, súis, pig: piglet, due to the particularly abundant size of mushrooms of this genus. The specific epithet luteus comes from yellow lúteus: yellow.

Geographical Distribution and Habitat –
Slippery jack is a symbiotic, gregarious, fairly common fungus that grows only under two-needle pines (P. nigra and P. sylvestris) and three-needle (P. radiata). Fruits in the autumn period. 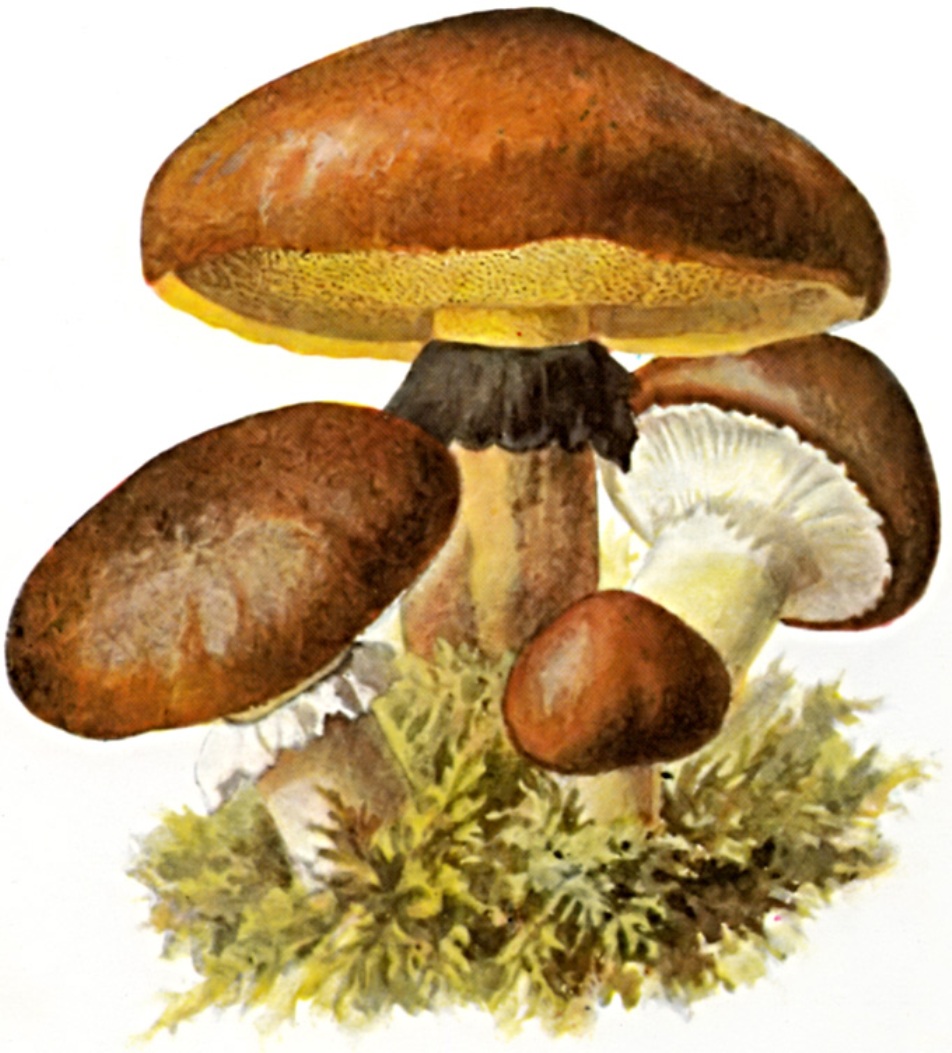 Recognition –
The Suillus luteus is recognized by the hat which on average fluctuates between 4-15 cm, but can also have larger dimensions, first hemispherical then convex, with regular margin with veil residues, brown of various shades; the cuticle is separable, viscous with violet reflections in wet weather.
The tubules are long, adherent or briefly decurrent on the stem, first yellow and then slightly greenish.
The pores are small, angular and yellow.
The stem measures 4-7 x 1.2–3 cm; it is full, firm, cylindrical, whitish or pale yellow, brownish at the base, with a white and then purplish brown membranous ring.
The flesh is whitish or yellowish, tender, soft, with a pleasant, fruity and sweet, sweet taste.
At the microscope, spores of 7-9.2 x 3-4 µm are noted, ellipsoidal, ocher-colored in mass.

Cultivation –
Suillus luteus is not a cultivated mushroom.

Uses and Traditions –
Slippery jack, in Italy, is a marketable species and much appreciated especially in some northern regions, although it is often confused with the less rare Suillus Granulatus; another species with which it can be confused is Suillus bellinii.
This mushroom is considered by some to be one of the best Suillus. In any case, consumption must be done after removing the viscous cuticle.
Removal of the cuticle is necessary as, in addition to being indigestible, it contains quantities of mannitol which gives this fungus laxative properties, which are often not tolerated by some people.

Preparation Mode –
Slippery jack is a mushroom that can be consumed and stored in various ways; in any case, for a better gastronomic performance, the carpophores must not have been previously frozen; otherwise the organoleptic qualities of this fungus become very mediocre.