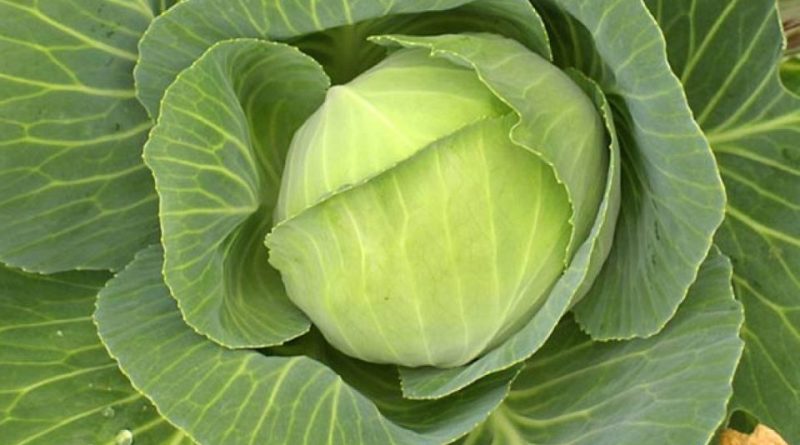 Systematics –
From the systematic point of view it belongs to the Eukaryota Domain, Kingdom Plantæ, Subarray Tracheobionta, Magnoliophyta Division, Magnoliopsida Class, Order Capparales, Family Brassicaceae and therefore to the Genus Brassica, to the Species B. oleracea and to the subspecies capitata.

Etymology –
The term Brassica comes from brassica, the Latin name of the cabbage described by several authors, attested in literature starting from Plautus (III-II century BC). The origin of this name is uncertain and has been traced back to Greek or Celtic voices, without totally convincing proof. Several etymological texts refer to the word Βράσκη braske, according to Hesychius used by the Italics in Magna Graecia to indicate the cabbage. The specific epithet oleracea is derived from ólus óleris vegetable: then used as a vegetable. The name capitata comes instead from cáput, cápitis testa, of the head: with inflorescence peeping, or conspicuous or strange peeping.

Geographic Distribution and Habitat –
Most cabbage species are native to the Mediterranean basin and have been cultivated since very ancient times. In Italy the Cabbage is cultivated in all the regions even if more in the center-south. The regions where cultivation is more widespread are: Puglia, Campania, Lazio, Calabria, and Veneto in the North. 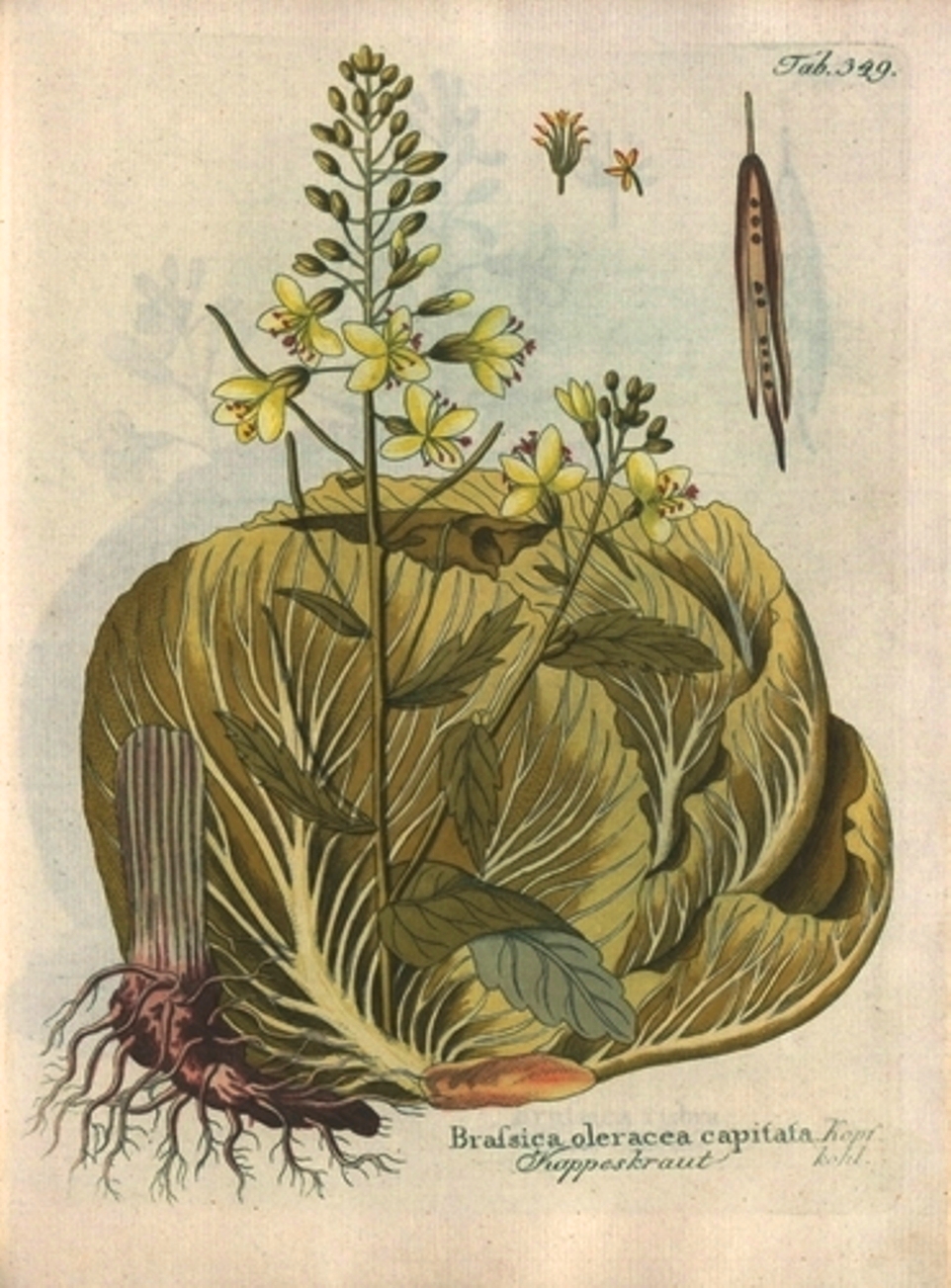 Description –
The cabbage is a plant that, if left to grow, grows up to 1.5 meters in height, forming abundant branches with flowering branches. The outer leaves are smooth, concave and tight, which enclose the younger leaves so as to form a compact ball called “head” or “hood”. It has yellow flowers, which after fertilization, usually crossed and entomophilous, give rise to the formation of a siliqua bearing numerous round seeds, of bluish black color.

Cultivation –
The Brassica oleracea var. capitata is a variety of cabbage that adapts well to all types of soil, provided they are deep, well aerated and fresh, well endowed with organic substance and with pH around neutrality. It prefers temperate-cold and humid climates, tolerates cold but not frost. It is a culture that needs irrigation at the transplant and in the phase of enlargement of the head. Agronomically, it is an inter-row crop and leaves a good residual fertility both for the considerable mass of crop residues and for the type of crop operations required. Before sowing, the soil must be prepared with a deep process. After transplanting, weeding work is carried out during cultivation. Irrigation is essential for summer and autumn varieties. For the cultivation technique, the following sheet can be consulted.

Uses and Traditions –
The cabbage is different from the cabbage for the leaves that are smooth and never bullous and for the edible part (ball or head or cap) that is more compact. The caps are eaten raw or cooked or are used to prepare the “sour cabbage” (sauerkraut), very common in Trentino and in central and northern Europe.
This is a very cultivated variety in Italy with a strong consumption on the domestic market as well as export.
Depending on the age of ripening, you can have spring varieties, summer-autumn or winter; the spring can be defined as precocious, the late winter.
Among the spring varieties we can mention the “Bull’s Heart” and the “Precocious Expert”, between the summer-autumn the “Copenhagen Market” and the Green Boy, among the winter the “Late Dutch White” and the Brunswick.

Preparation Mode –
The most known and used cabbage varieties in the kitchen are the white cabbage and the red or purple cabbage. With the cabbage you can prepare seasonal side dishes and pasta dishes. Their use in the kitchen is either raw, or in the form of “sour cabbage”, the so-called sauerkraut, which in countless dishes and soups made from them.
In particular, the cabbage is suitable as a condiment for pasta and risotto, as an ingredient for soups, soups and vegetable pies. The cabbage is good both cooked and raw, for example in salads.